Shaped like a UFO, with a bright blue roof and eye-shaped designs, the Annunciation Greek Orthodox Church (9400 W. Congress St., Wauwatosa) looks like it belongs in Roswell, New Mexico, or in some otherworldly landscape. But renowned architect Frank Lloyd Wright’s ingenious design is more than an eye-catcher—it also has obvious religious and historical significance.

For example, the church’s round shape is meant to symbolize the never-ending circle of Christ, says longtime parish member Mark Geinopolos. His grandfather was a charter member, and until the 1950s, the church was located in downtown Milwaukee, he says.

In the 1950s, Wright began drafting plans for the new church at its current Wauwatosa location.

Influenced by his third wife, Montenegrin dancer Olgavanna Ivanovna Lazovic, who was raised Greek Orthodox, Wright designed the church in 1956. He affectionately dubbed it “the little St. Sophia,” as it was inspired by Byzantine architecture and the Hagia Sophia.

Ever the innovator, Wright also incorporated modern architecture into the church. For example, the scalloped dome is inspired by his Marin County Civic Center in San Rafael, California, according to the church’s Wikipedia page.

However, Wright didn’t live to see his masterpiece constructed. The church was built in 1961, two years after his death. The church is listed on the National Register of Historic Places. 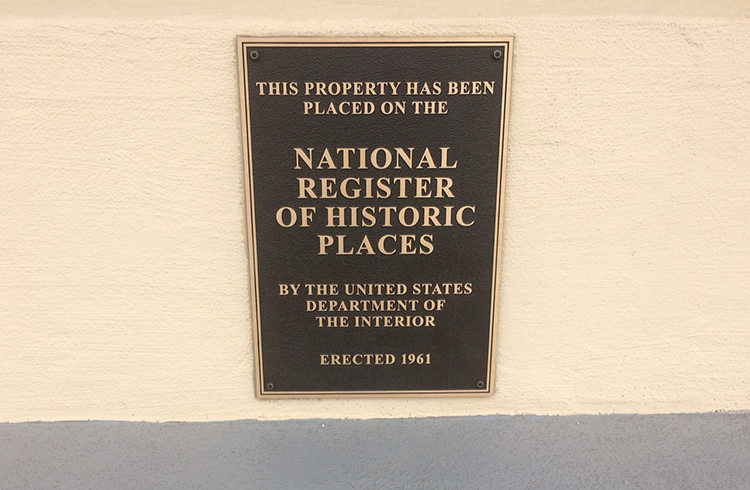 The church is made out of poured concrete, and supports a blue domed roof that was originally made out of blue tile, according to www.franklloydwright.org. Because of structural issues, the roof had to be replaced with synthetic plastic resin.

To symbolize the Holy Trinity, Geinopolos says, Wright designed much of the building’s features in threes. For example, the church has three spiral staircases. Up to 1,000 people can be seated indoors, and two choir lofts were built for stereo sound.

The original Byzantine icons, designed by Wright’s secretary Eugene Masselink, are located in the church’s basement.

Besides having an unusual design, the Greek Church was also home to a summer festival. Greek Fest, originally held at a different location, originated in the 1960s.

In the 1970s, members of the church decided to hold the festival on its grounds, hoping that the proceeds would help offset some of the building’s maintenance costs. Once a smaller event, festival attendance increased, including rides such as the Tilt-A-Whirl, the Zipper, and the Octopus, fair games including ring toss, and a haunted house. But one of the main draws for fairgoers was the striking church, which they were allowed to tour.

“The building and architecture drew people to the grounds,” Geinopolos says.

However, due to a series of thefts of church items in the past, including a gold cross, tours are now available by appointment only. 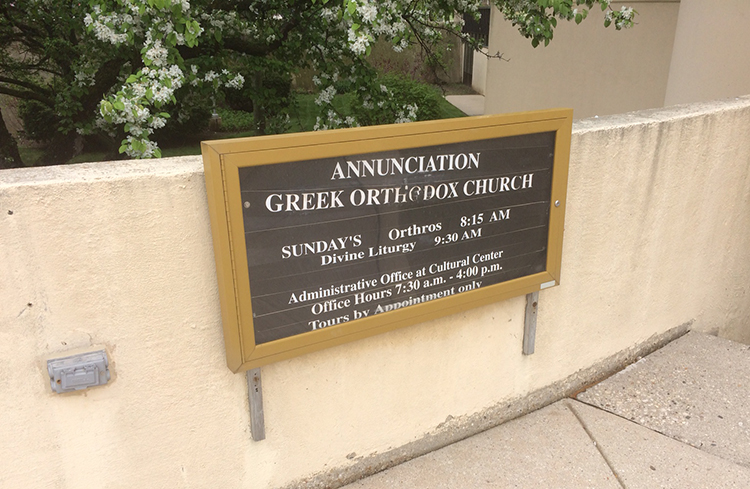 While a senior in high school, Geinopolos says he worked on prepping chickens for the festival. Roasted on a spit, the number of birds sold grew from 1,200 to around 13,000 in the 1990s, when Greek Fest relocated. It is now held annually at the Wisconsin State Fair grounds.

Gyros were also a popular food item. Geinopolos estimates that the festival used about 100 to 200 lambs every year. For desserts, honey puffs and baklava were hot sellers.

“The senior ladies would work for months to make the pastries,” Geinopolos says.

Although the fair’s location is now not as picturesque, people can still get their gyro fix June 22-24 at the Wisconsin State Fair. Go here for more details. Go here to find out more information about the church, or to set up a tour. 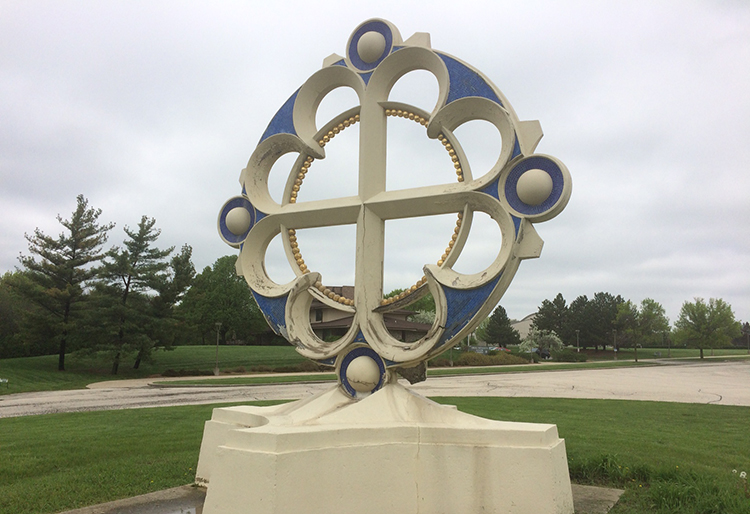