In case you haven’t studied your Advent calendar lately, Christmas Eve is a mere 10 days away. Yes, just 10 light-filled, nog-fueled, shame-felled days lie between you reading this very sentence and fulfilling your loved ones’ greatest Christmas wishes. Have you selected the right gift to express the socially acceptable amount of love and/or completely platonic appreciation you mutually share with the person on the receiving end? If not, it’s damn well time you do.

We understand. Your list is filled with very special characters whose specific tastes demand something a bit more thoughtful than a five-wick candle or a T-shirt depicting the logo of an acclaimed cable-TV drama. Some people are so special, in fact, it’s seemingly impossible to select a gift that will fit their very, very particular personalities. Thankfully, Milwaukee is a hotbed of especially quirky, perfectly suiting, and expertly crafted gifts that will please everyone from your favorite bartender to the postman who you’re pretty sure saw you doing something weird through the window that one time. Here, we’re sharing a few of our favorite things made right here in Milwaukee that will delight even the most persnickety person on your holiday shopping list.

1. For your sweet, 85-year-old grandma who loves nothing more than baking cinnamon rolls and cursing in front of company: Plushzilla F-Bomb Plush

3. For that guy on Facebook who jumps at every chance to correct someone when they spell Bay View as one word: Bay View Neighborhood Print/Card

4. For your blossoming little brother who’s really putting in the work on his sweet 7th-grade ’stache: MKE Beard Book 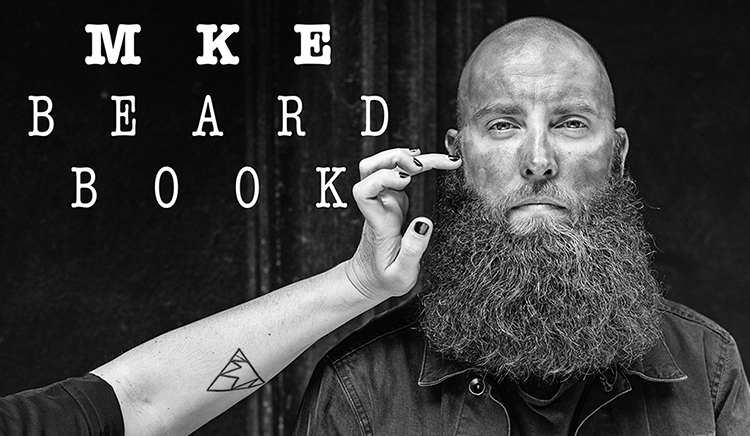 6. For the cat enthusiast who is equally enthusiastic about keeping track of what day it is: Kate Funk 2016 World’s Most Super-Amazing 100% Awesome Cat Calendar

7. For your sister, who has an unhealthy relationship with food: A Deer Abby Pretzel Pillow 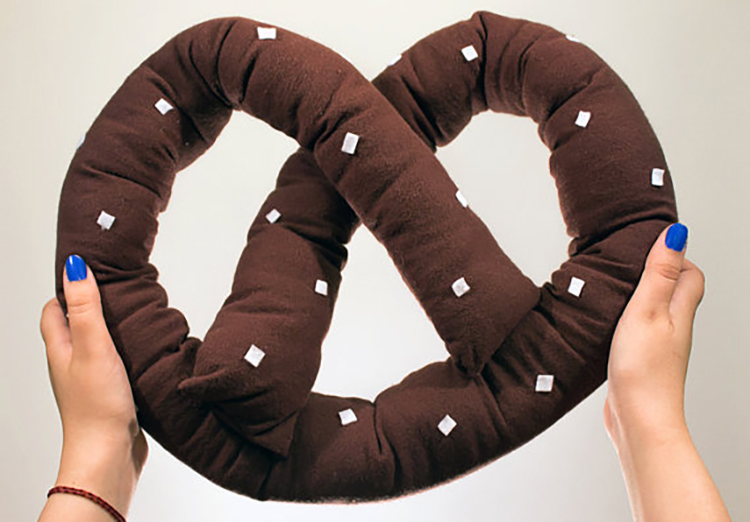 8. For the man’s man who likes to take his two-pump peppermint mocha on the go: Tactile Craftworks 24-oz. travel mug

9. For your aunt, who is a little behind when it comes to technology, but heck, she sure has a whole lot of hometown pride: My Fair Milwaukee iPhone 4/4s cover

10. For one of those guys who surfs in Lake Michigan, and also you like this person enough to spend more than $1,200 on him: Fillingham Surfboard Table 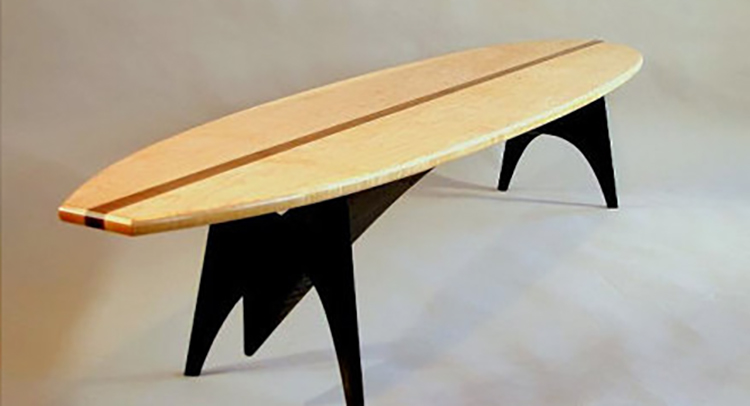 11. For your vegan friend who would like an intricately decorated cookie to snack on during each of the 12 showings of Star Wars: The Force Awakens he plans to attend this weekend: A dozen vegan Star Wars-inspired cookies 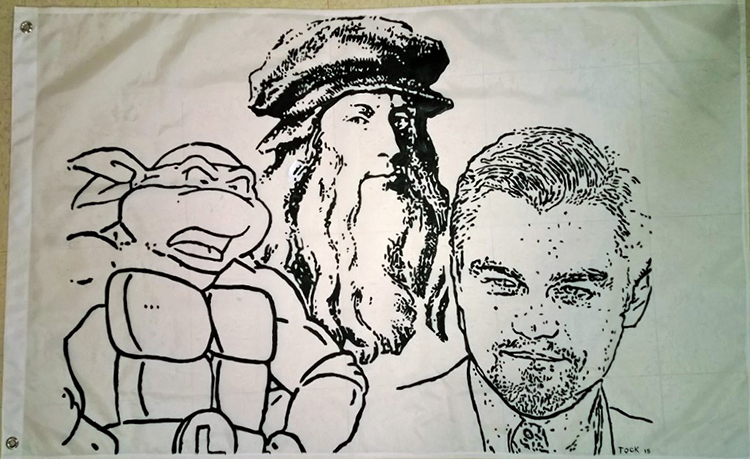 14. For your little sister who lacks the responsibility to properly care for plants that thrive in arid climates and need to be watered literally three times a year: A Deer Abby Knit Cactus

15. For your brother, who is known to break a sweat while drinking: Great Lakes Distillery Wristband

16. For your friend who, without fail, says they’re “really thinking about becoming a member this year” every time the Milwaukee Film Festival rolls around (and does not become a member): Milwaukee Film Membership

17. For your co-worker who has recently done some…regrettable things at the holiday work party and has since sworn off drinking: Sprecher Top-Selling Soda Pack 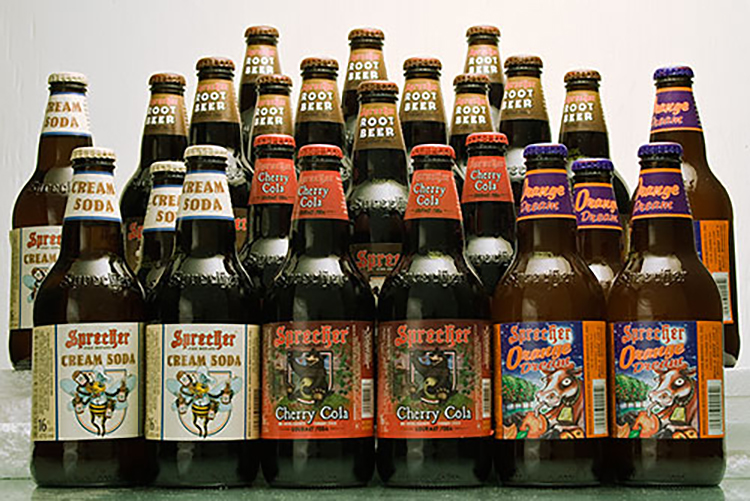 18. For that same co-worker, who has already resumed drinking: A custom gift basket from Discount Liquor

19. For your husband, who likes to keep his pompadour tight: A Stag Barbershop gift certificate

20. For the guy at the gym who loves working his traps but hates how ouchy they feel afterwards: La Buena Botanica Muscle Salve

21. For your big-rig truckin’ buddy who comes home from a long haul and is thirsty for something barrel-aged and served in a tulip glass: Burnhearts Trucker Hat 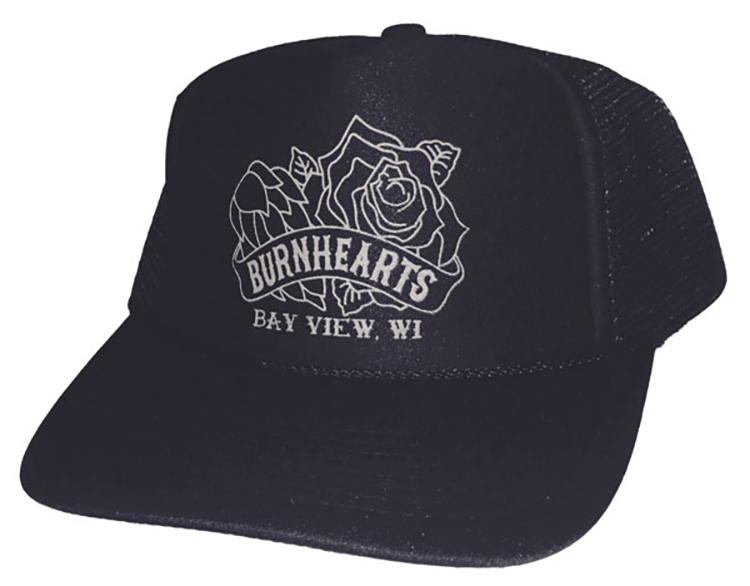 22. For your uncle who’s still pretty jazzed about the BoDeans: An album download (or 50) from a current kick-ass Milwaukee band

23. For someone who’s planning on having a really bangin’ party or a very sad evening alone: A yard of Usinger’s Summer Sausage

25. For your incredibly stylish friend who has impeccable taste in local entertainment and culture websites and is more than likely very good looking, too: A Milwaukee Record shirt 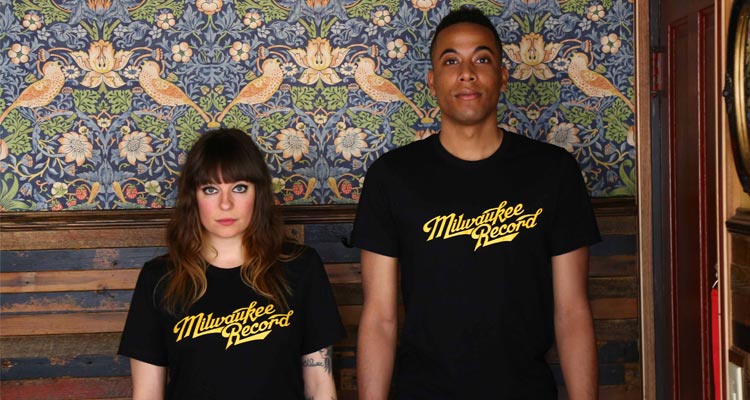