In Miscellaneous Milwaukee, we take a stroll through the aisles of Antiques On Pierce to unearth strange, curious, or valuable Milwaukee artifacts.

The Great Circus Parade was held in Downtown Milwaukee 30 times between 1963 and 2009. It was a fundraiser for the Circus World Museum in Baraboo, Wisconsin, and a deliberate throwback to circus parades of the 19th century. In 1991, the Parade descended on Downtown on July 14, and featured this clown-centric poster: 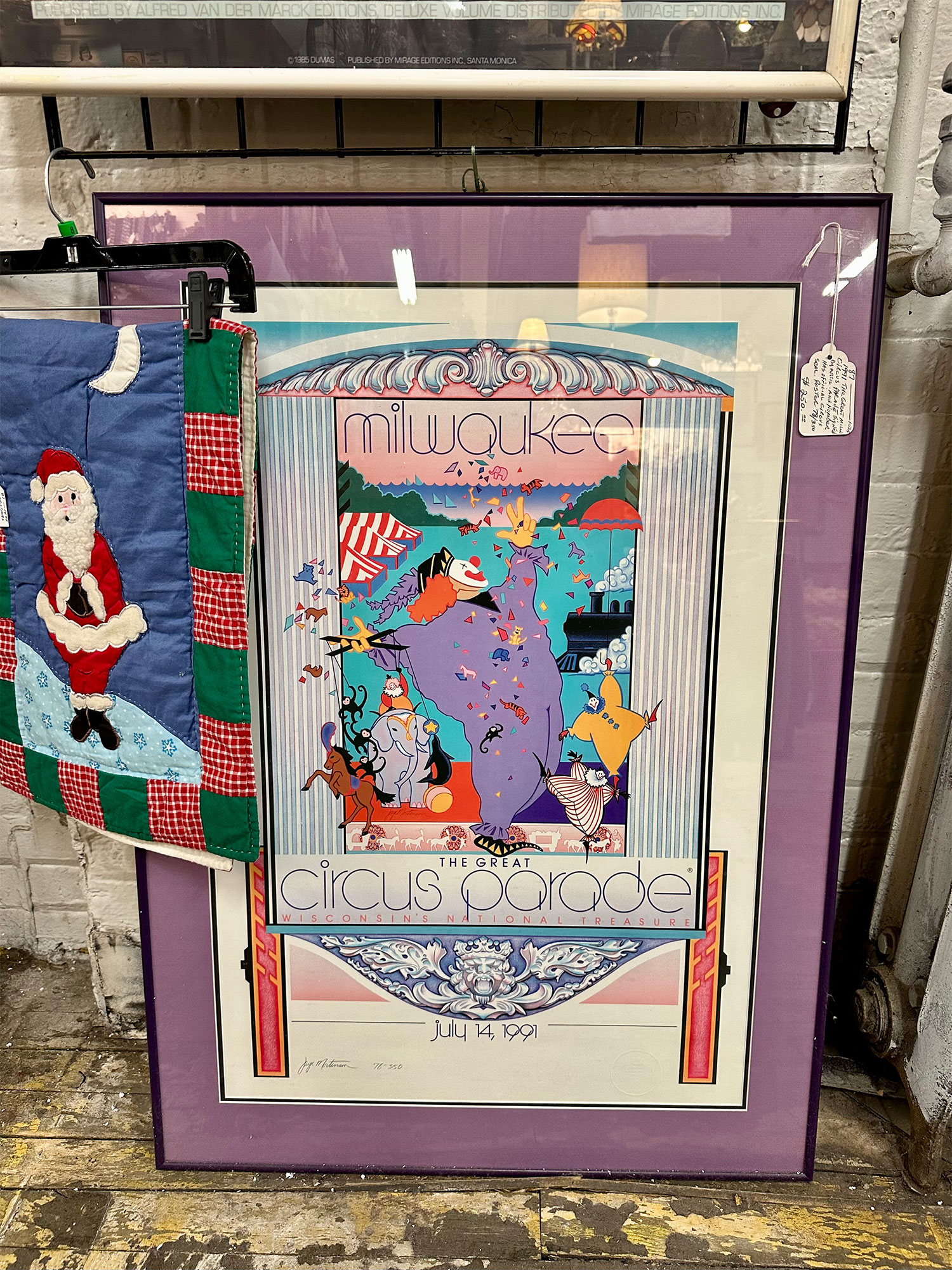 This particular copy is signed by returning artist Jaye Mortinson, is numbered 78 out of 350, and boasts a still-visible Great Circus Parade seal. And for $250, it absolutely should. (Okay, the frame is nice.) 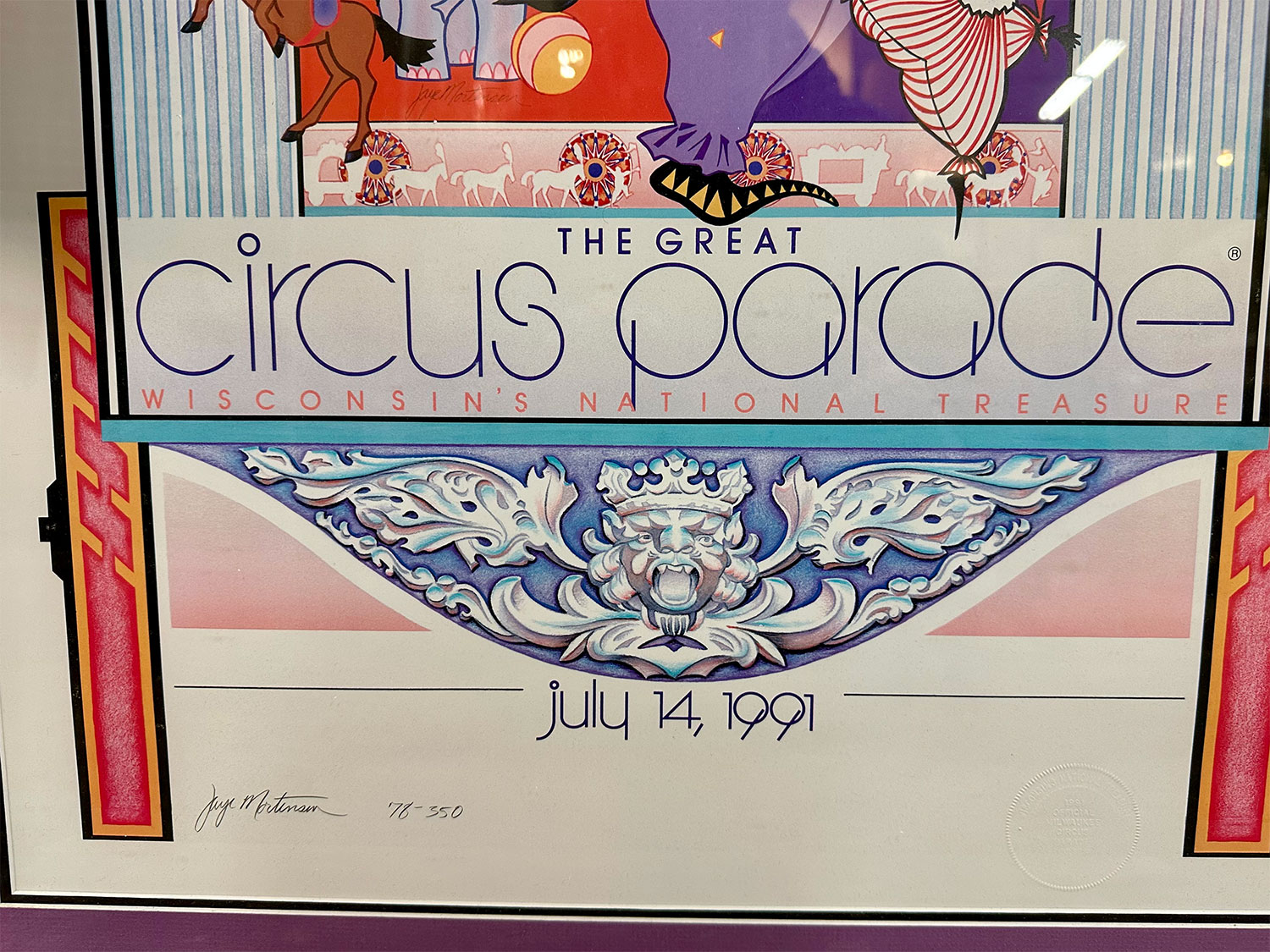 Was the WMVS telecast of the 1991 Great Circus Parade co-hosted by Captain Kangaroo himself, Bob Keeshan? YES IT WAS. You can watch the 64-year-old Keeshan do his stuff via this 90-minute video:

“Sadly,” all good things that feature caged and terrified animals must come to an end; The Shepherd Express has more on the demise of “Wisconsin’s National Treasure”: 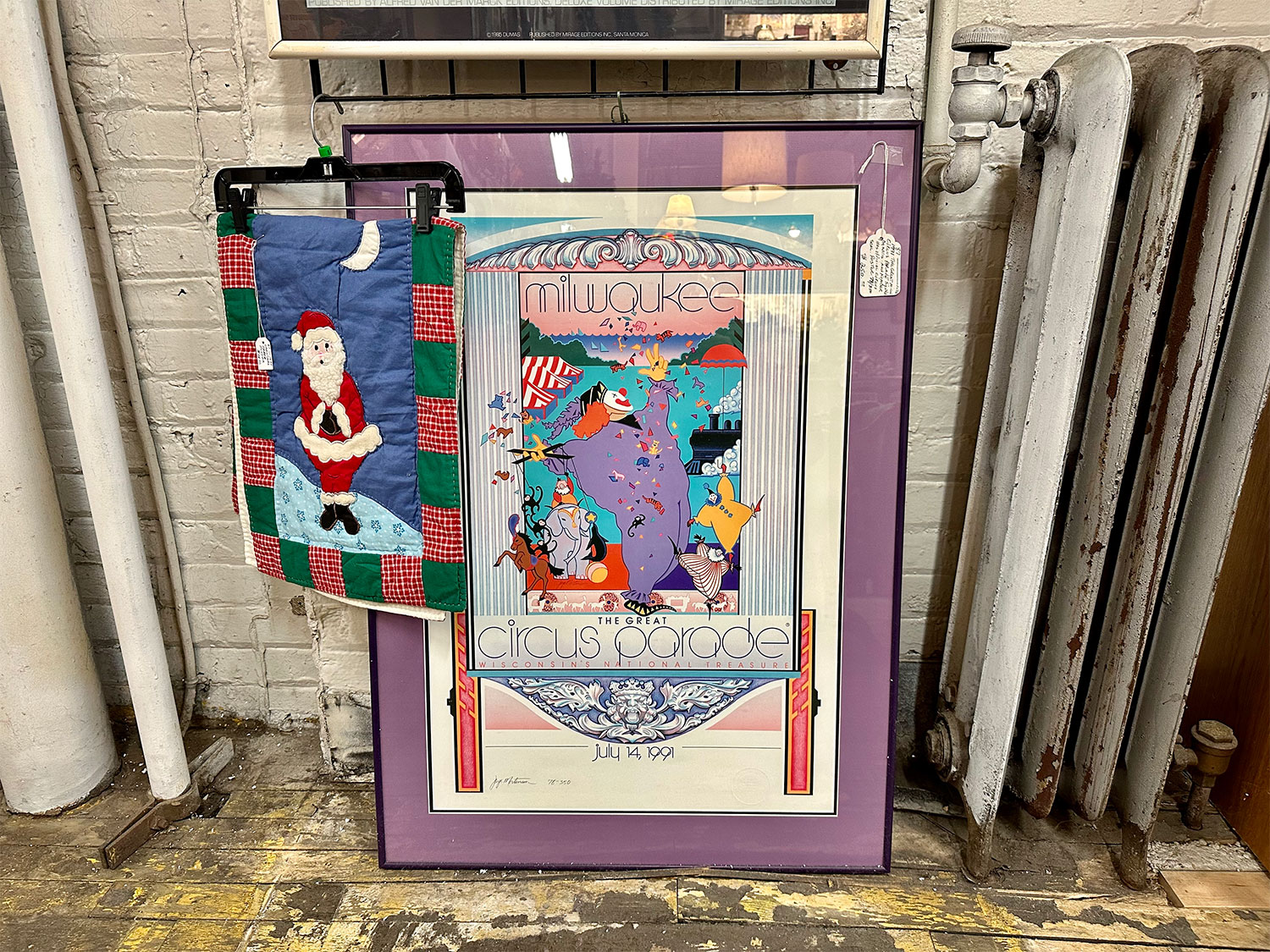 • Watch the 1991 Great Circus Parade and imagine a time when circuses, parades, and crowds existed