If you were anywhere within the Wisconsin state border yesterday and had access to a computer, radio or television, you almost certainly learned the Hollywood gossip about Green Bay Packers players Clay Matthews, Josh Sitton, T.J. Lang, Don Barclay, and David Bakhtiari having a brief cameo as an acapella group in the highly-anticipated Pitch Perfect 2. As brief as the part is sure to be, everyone wins. Stereotypical dudes dragged to the multiplex by their significant others will have a slight football-oriented respite from people singing other people’s songs for 90 minutes, some athletes get their SAG card, producers can bank on appealing to a new demographic, and America’s tweens get that sweet Don Barclay fix they so sorely need.

For as much as people have been freaking the fuck out about the Claymaker and some offensive linemen singing off key for upwards of a minute of a sequel, you’d think this is the first time a Wisconsin sports figure appeared in a mainstream film or television production. Sadly, that isn’t the case. In fact, Tinseltown has looked Wisconsin’s way quite often when it comes to filling bit parts and occasionally even starring roles. Though athletes-turned-actors like ex-NFLers Terry Crews, pre-(alleged) murder O.J. Simpson, and our own Bob Uecker have shown themselves to be naturals on camera, these Wisconsin players and coaches aren’t exactly killing it as thespians.

1. Brett Favre (There’s Something About Mary)
Not only is this the go-to example of a player’s prowess on the field failing to translate to the screen, The Gunslinger’s cameo in the otherwise-awesome Farrelly Brothers flick is one of the worst pieces of acting ever. Even playing himself, Favre wasn’t anywhere near believable as the titular character’s still-obsessed old flame who was “in town to play the Dolphins, you dumbass.” The writers/directors recently revealed he was the third choice, after the originally-cast Drew Bledsoe was forced to back out after injured someone while stage diving at an Everclear concert, and back-up option Steve Young’s Mormon morals made him decline the role in the R-rated flick. After the abysmal display of acting, it’s a wonder he was ever allowed on camera without a football in his hand. Only that time he cried and said he was retiring is even close to being as awful an acting performance by Favre.

2-5. Reggie White, Mike Holmgren, Bryce Paup, Keith Jackson (Reggie’s Prayer)
Actually, forget that last sentence. Favre’s role as the dimwitted custodian “Bert” in Reggie White’s movie, Reggie’s Prayer, could be worse. However, his terrible delivery of even more terrible dialogue doesn’t seem as bad when it’s mixed among the “acting” of coach Mike Holmgren, tight end Keith Jackson, former Packers linebacker Bryce Paup, and White himself. After he was able to get tons of Packer Backers to give him money for a church he’d never build, you’d think White’s performance in the starring role would have been more convincing.

6. Ray Allen (He Got Game)
Spike Lee’s 1998 vehicle about a high school basketball star Jesus Shuttlesworth reconnecting with his incarcerated father (Denzel Washington) required someone with talent on the court that could at least hold his own on screen, and who could at least appear to be around the age of 18. After Kobe Bryant declined and other NBA players like Allen Iverson, Kevin Garnett, Stephon Marbury, and Tracy McGrady were passed upon, Lee gave the part to then-Bucks sharpshooter Ray Allen. In his rookie role, Allen did a passable-but-unmemorable job in a so-so movie that tanked at the box office.

7-10. Bill Hall, Jeff Suppan, J.J. Hardy, Chris Capuano (The Young And The Restless)
Set in Genoa City, Wisconsin, The Young And The Restless called on a quartet of Brewers to stumble over lines in the soap opera’s script. Just like in their Brewers tenures, Bill Hall was the worst, Suppan sucked a lot, Capuano was passable as number four on the call sheet, and J.J. Hardy looked handsome while under-performing.

11. Larry Sanders (Movie 43)
Bucks big man Larry Sanders is one of the few actors who wasn’t ashamed to be part of Movie 43 a few years back. Playing, get this, a basketball player in the movie, he has a short and inconsequential non-speaking role in one of the worst shorts in the forgettable flick. Admittedly, Movie 43 has a few funny parts, but it’s nowhere near as sidesplitting as watching Sanders slip around in the security footage of that nightclub fight. Now that is comedy.

12. Dylan Postl (Leprechaun Origins, Muppets Most Wanted)
When WWE Studios was looking to fill the eponymous role in Leprechaun Origins—the latest in the long-running and always shitty horror film series—there was only one man for the job. Oshkosh-born Dylan Postl, who wrestles as “Hornswoggle” in the WWE, was a great fit for the part on account of his wrestling affiliation, his acting experience, and his height. We haven’t seen this one, but even if he’s great, it’s still a Leprechaun movie. Excluding the unintentional comedy Leprechaun In The Hood, they’re all nightmares.

13. Ahman Green (Big Stan, Batman v Superman: Dawn Of Justice)
This is a Rob Schneider movie, the equivalent of Leprechaun of the boner-comedy genre. So that’s bad. Maybe the ex-Packers rusher and rabid Batman fan’s role as Thug #2 in the forthcoming blockbuster will set his acting career back on track

14-15. Michael Finley, Jason Kidd (Like Mike)
The former Badgers basketball great Michael Finley’s acting reel is bursting with appearances in the role of “self.” He was on Punk’d and Lil’ Bow Wow train wreck Like Mike. He’s actually pretty believable handing Dirk Nowitski a marker and his magazine (which he’s holding for Dirk for some reason) in the non-speaking role. Current Bucks coach and all-around terrible human being Jason Kidd also makes an appearance. 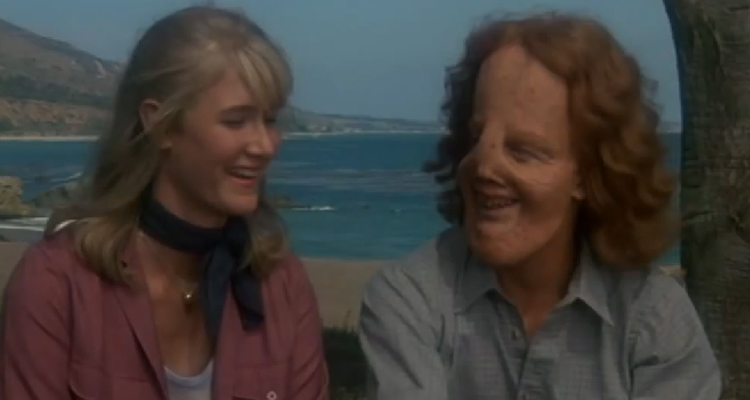