What a lovely, warm, mid-spring day Saturday, May 2 was. The streets were semi-populated, and I was in my car running an errand for another publication I write for. After this, I was on the hunt for a corner barbecue spot I had been hearing a buzz about. I made it my mission to find the man that day.

There are two Milwaukee barbecue mainstays that everyone has sworn by for years: Speed Queen on Walnut, and Ashley’s on Center. Most residents of the north side love these, but there’s another spot that doesn’t get much press. Facebook comments from people whose opinions I trust on food have been telling me about a place across from the gas station on 21st and Center. There, people attach their trailers to a hitch and find a fairly open spot on the corner to properly set up shop. 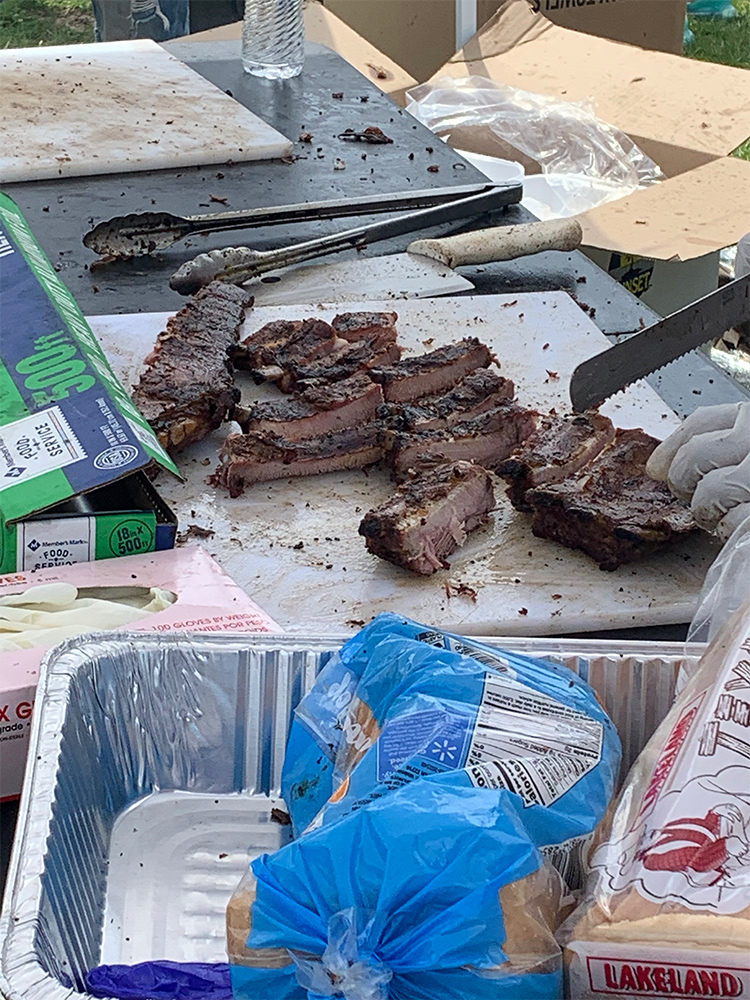 I arrive at 21st and Center around 11:45 a.m. and find a spot close to the corner. People are lined up, wearing masks and holding their cash. Edward Woulard has had this spot for four years or so, and people just clamor for it.

He is busy so I don’t want to bother him too much. I start making conversation with someone who sits on a makeshift chair in front of a Cadillac on 20s. He turns out to be Edward’s cousin. He takes cash from people so Edward doesn’t have to touch it. He is messing with his phone, which is linked to a speaker, and I hear the strains of soul classics such as War’s “Slippin’ Into Darkness” and James Brown’s “The Boss.” There is an ancient looking smoker tied to the trailer hitch of a pickup truck to his left, which he says was bought a long time ago. There is a separate compartment with the drawing of a smiling ear of corn that definitely suggests it is from the late ’90s, the decade when that airbrush style of art was so popular.

Edward’s cousin tells me they wake up at around 4 a.m. to prepare whatever they will be selling that day. They make jerk chicken, turkey legs, full slabs of ribs, and polish sausages. Today, they are only making the slabs and the sausages. They arrive at their spot around 9 a.m., set up and start cooking, and the first round of slabs is usually ready around 11 a.m. Twenty dollars for a full slab, $5 for a polish. Very standard barbecue prices. There are no drinks or sides sold, and the sauces are store bought: Open Pit and Sweet Baby Ray’s.

Edward and his cousin are usually out here on Saturdays and keep going until they run out, so there are no set hours. On this Saturday, after an order is given and the money is taken, people return to their cars in order to comply with social distancing. I am still able to talk with customers, however, standing apart from each other sufficiently. When I tell them I write articles for an online publication, they are more than enthusiastic to tell me about why they come here: “Ever since I tried these ribs, I don’t f*** with anyone else.” 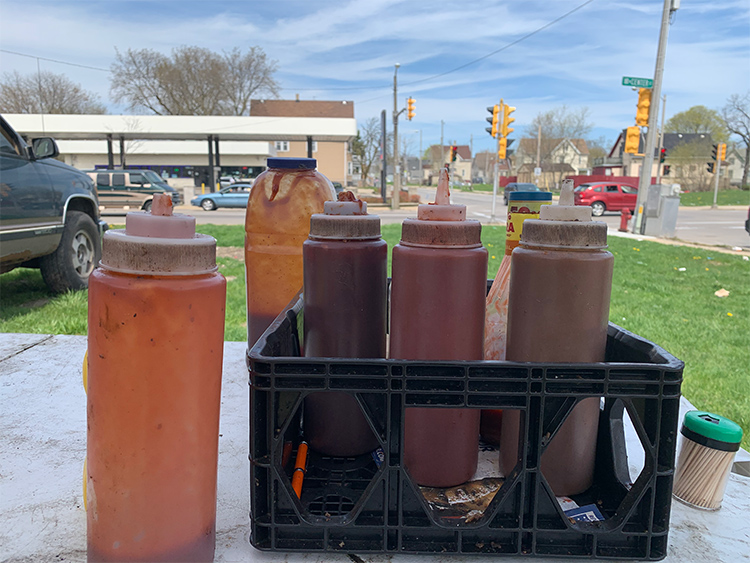 My turn for a slab. Edward chops mine up and hands it to me and says, “Who did you say you are with again?” I tell him. He nods and talks to someone else. I open the container and add each sauce to the corners of the styrofoam. I bite into one of the burnt ends Edward has so expertly chopped and it immediately makes me hum.

“Look at that little dance he did when he tasted it,” a woman says to her grandson. I’m a little embarrassed, but I laugh it off.

The cook is well-timed. It’s incredibly tender but it doesn’t fall off the bone. In my opinion, barbecue shouldn’t fall off the bone so easily anyway. It tastes exactly how it should: like a summer Saturday afternoon where you don’t have anything to do but soak up the day and be in the moment. Like you want to sit on your stoop with the vague intention of mowing the lawn, but you realize tomorrow is Sunday and you can do it then. 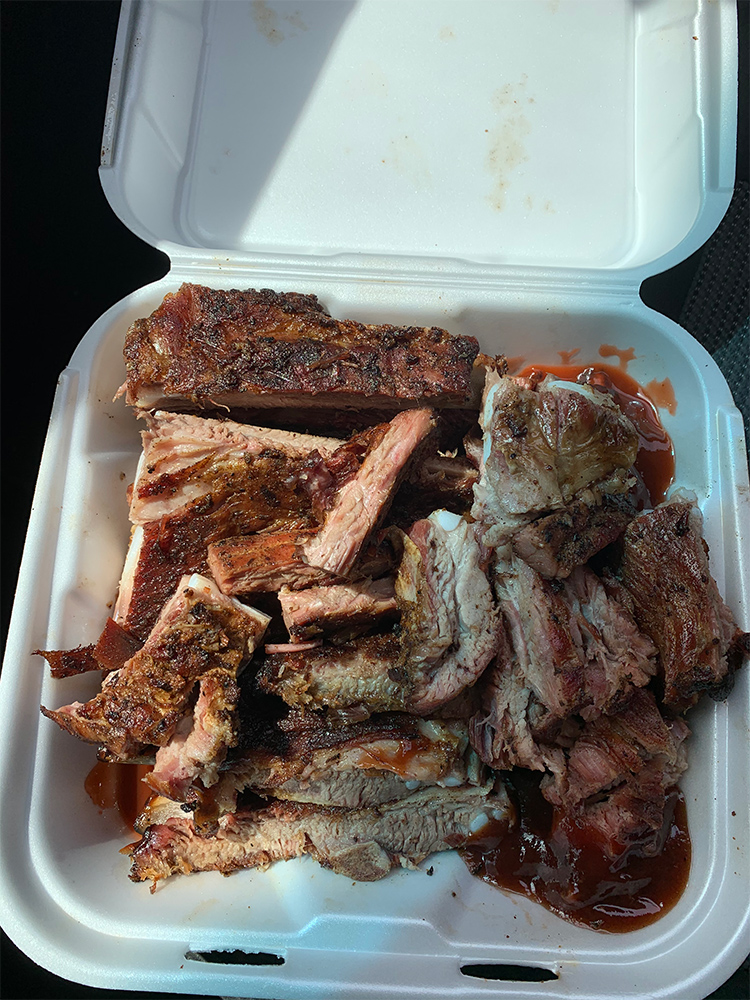