Rejoice, McGivernheads, for the wait is almost over.

Yes, John McGivern’s Main Streets—a.k.a. the long-awaited new travel show from beloved Milwaukee host/actor/entertainer/Cedar Crest pitchman John McGivern—will begin airing in January 2022. In Milwaukee, the show will air Sundays at 10 a.m. on FOX6. And because Main Streets finds McGivern traveling outside Wisconsin and into the general Midwest, it’ll air in other cities and states, too. Here’s the schedule: 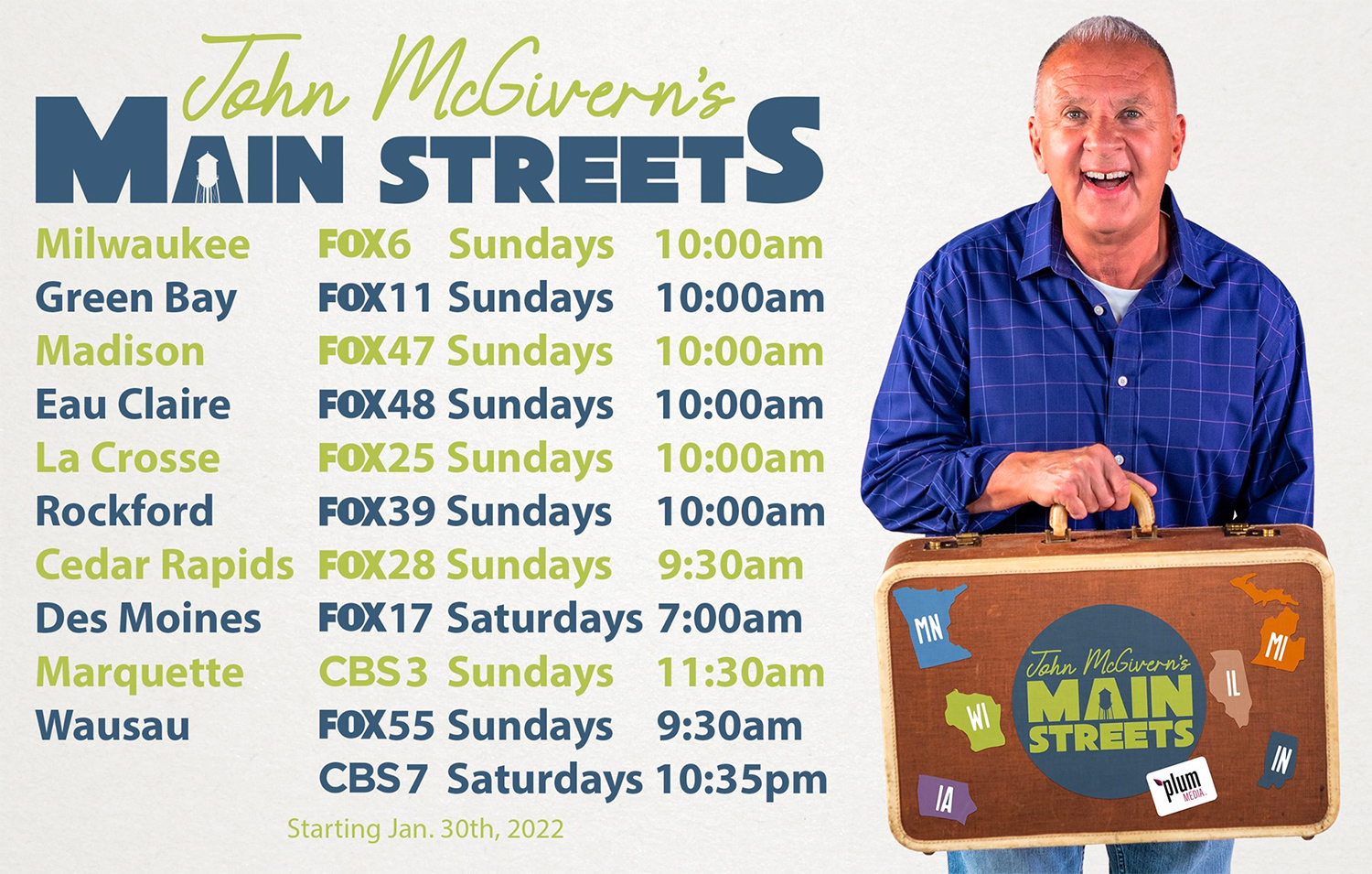 Here are the cities/areas McGivern will be visiting, in order of their airdate:

“John is setting his GPS for 13 main streets all over the Upper Midwest,” explained an earlier press release, “traveling from Wisconsin to Michigan, Minnesota, Iowa, Illinois and Indiana. Season 1 of John McGivern’s Main Streets will showcase more than a dozen destinations as only John McGivern can, through entertaining conversations and fun facts that will no doubt lead to laughs. The show will highlight great communities in and out of Wisconsin, giving viewers even more places to learn about and explore.”

Main Streets is the successor to Around The Corner With John McGivern, which was dropped after nine seasons by Milwaukee PBS in 2020. Milwaukee PBS cited production costs as one of the reasons for dropping the show, as well as increasing the station’s focus on “the impact of COVID-19, racial injustice, and economic disparity on southeast Wisconsin.” This didn’t sit well with many viewers (we’re still getting emails about this for some reason), especially those who had HAD ENOUGH OF THE PANDEMIC AND JUST WANT TO SEE MCGIVERN CHECK OUT A CHOCOLATE COMPANY IN SOUTH BEND, INDIANA OR SOMETHING.

• No longer exiled, John McGivern is heading to ‘Main Streets’

• The last straw: ‘Around The Corner With John McGivern’ reportedly won’t return for another season

• Watch John McGivern and John Gurda, who are best friends, talk to each other over Zoom