Though she currently resides in Salt Lake City, Sugar Todd grew up in Milwaukee, where she did the majority of her training. The speedskater competed in the 2014 Winter Olympics in Sochi.

The following piece was written by Todd on January 10, days after she was unable to qualify for the 2018 games in PyeongChang, and published on her personal website in a post entitled “The measure of an athlete.” With Todd’s permission, we’re sharing her earnest and emotional response to missing the 2018 Winter Olympics. Read her words below.

I always believed with every fiber of my being that I was capable of winning an Olympic gold medal. I would rarely say it out loud, as so many of us don’t, but I carried that dream in my bones. It always felt strange to me that there is some fear in acknowledging this goal. As a kid it’s easy to say, because youth is endlessly full of potential and everyone finds your lofty dreams endearing. But then you hit the grind and time passes and the gains slowly become smaller and harder to come by. Suddenly, thinking you could be the best in the world almost feels foolish. You don’t want to admit to wanting something so great for fear of falling short of getting it. My highest finish at the 2014 Olympics was 29th. I’ve never won a World Cup medal. I only cracked the top 10 but a few times. I have no tangible results that point to me being well on my way to Olympic champion. None of that mattered. No amount of coming up short ever made the end game feel out of reach. It can always happen until it doesn’t. So I stayed hungry. I kept after it.

This year has been the most stressful and frustrating of my career. My training was the best it has ever been, but my results didn’t show it. For the past few months, I have been locked in an endless cycle of focus and determination, giving way to exasperation and disappointment. How many mornings in a row can I wake up ready to give my absolute best without seeing results before I crack? How many post-race bathroom stalls in how many ovals in how many countries do I need to take a moment in before I have a race I’m proud of? The process of trying and failing and trying and failing and trying again only reads as captivating when you finally cap it all off with a success. My own success felt so close, like the thing you reach for that your fingertips can graze but is just outside your grasp. The process wore me down this year. There were days I struggled to keep it fun, and I have always been about keeping it fun.

I listened to Olu play our national anthem on his saxophone for the final day of Olympic Trials and reflected on the hundreds of Saturday mornings I stood in center ice over the years and heard the same. There may have been no more than twenty people in the Pettit on some of those mornings—a few skaters, the coaches, our parents who had to drive us, the timers who came, without fail, every single Saturday. And Paul, to let us all in the building and zam the ice. Olu played the anthem for us in this same building that was now host to a sold out crowd paying witness to skaters vying for the highest athletic honor. How many times, over the years, did I hear Olu crank those final trills? Each time, my greatest dreams playing out behind my eyelids. The moment brought tears to my eyes.

What happened last week? I got beat. By an amazingly talented young woman who undoubtedly has a promising career ahead of her. I visualized that second 500m before I stepped to the line more times than I can count. I was ready. I was capable. I was going to crush. But I didn’t. And the heartbreak that followed stunned me. At no point this season did I feel uncertain about qualifying for the 2018 Olympic Team. My sights were set so much higher. The sadness I now feel is terrible but it will pass. My dream dying means someone else’s gets to be realized. I can more than live with that. I can celebrate that.

The outpouring of support following last week has brought me to my knees. The number of people that felt my heartbreak as if it were their own has turned my tears into ones of gratitude. I am proud of my journey and so thankful to everyone who invested themselves into it. I could never thank you all enough.

Looking back on the last 20 years, there have likely been more lows than highs. But a close friend once told me the lows are what make the highs so great and we wouldn’t do this if it was easy. I measure those years by all the moments, good and bad. They have shaped me into the person I am and have given me so much to be thankful for. I will be taking some time for myself now, to decompress, to laugh, and to move forward. I’ve never been one to dwell on the bad days anyway. 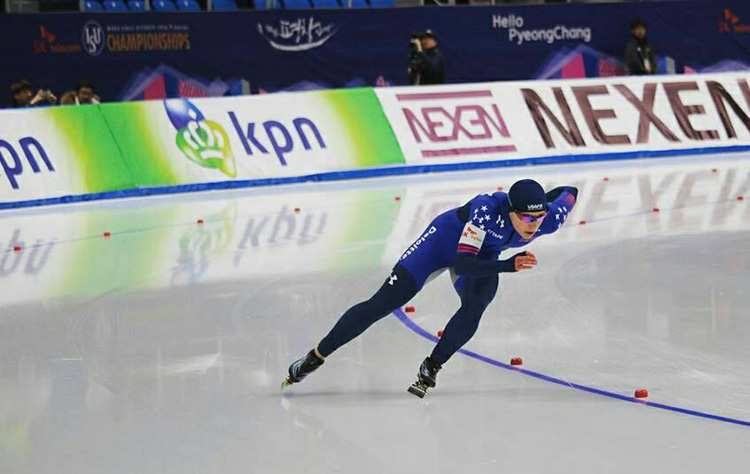