Sat. Nite Duets are a band’s band. Over the past 10 years (!), the ever-dependable Milwaukee group has crafted an idiosyncratic songbook filled with, among other things, ill-fated shows and tours, long-in-the-tooth rockers, and, um big worms. Twenty-sixteen’s terrific Air Guitar found the band pondering “The Last Beer Of My Music Career,” and, on opener “Attached To The Lamp,” playing a show in Cleveland “for the sound guy and the other band.” We’ve all been there.

So what further rock and roll adventures are Sat. Nite Duets ready to share? On the new three-song EP Smoke Local Twine, it’s getting high in a buddy’s basement circa 2009 (“The Golden Twine”), giving shout-outs to “all you bozo rocker clowns” (“Smoke”), and saluting local idiots (“Local Idiot”). Musically, it’s vintage Sat. Nite Duets, though the horror-rific “The Golden Twine” initially sounds like a John Carpenter score crossed with one of those 1,001 Spooky Sound FX tapes.

The group will “celebrate” (their quotation marks, not ours) the release of Smoke Local Twine Saturday, November 10 at Circle-A, along with the always wonderful Wavy V. The show will also serve as a “celebration” (our quotes this time) for a new Sat. Nite Duets T-shirt, inspired by, according to the band, “the content of one of the songs, yet maintains content that is true to the original spirit of the band.” Don’t be a local idiot. Be there. 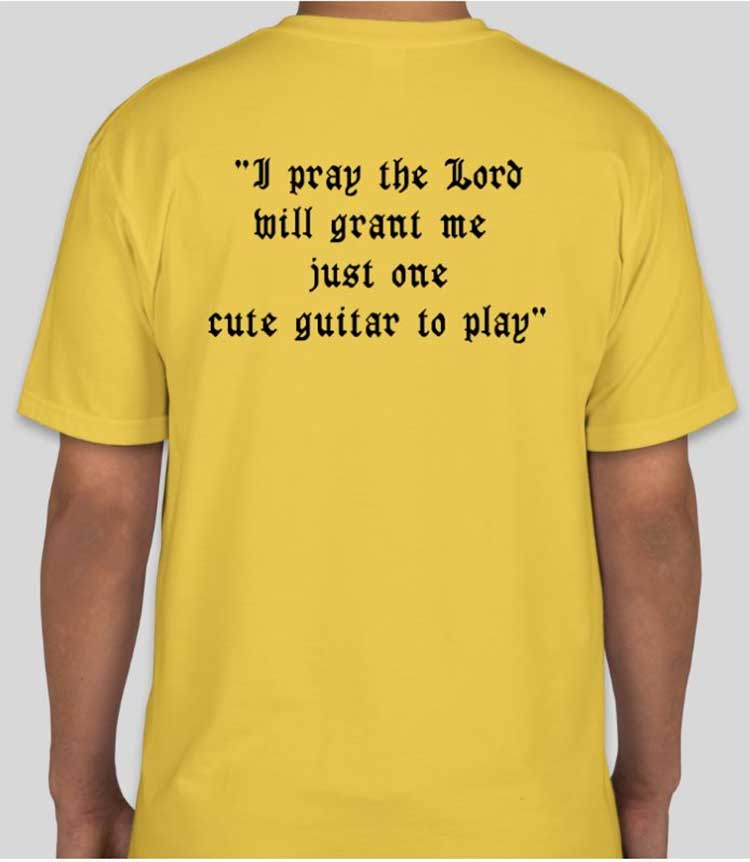