By his own admission, Cedric LeMoyne wears “a lot of hats” in Rose Of The West. The bassist—who earned major label attention in his longtime band, Remy Zero, before joining Alanis Morisette and playing with Gnarls Barkley—joined the Milwaukee dream-pop band last year. Prior to taking over on bass, LeMoyne served as Rose Of The West’s manager and, oh yeah, he’s also married to the band’s lead singer.

A few months removed from the release of Rose Of The West’s self-titled debut album and just before what looks to be a busy summer for the band, Milwaukee Record spoke to the multi-faceted LeMoyne about the band’s upcoming shows, their plans for the future, and whether he’s able to establish any sort of work-life balance as the group’s bassist, manager, and as the spouse of the lead singer.

Milwaukee Record: You’re about to be doing a decent amount of shows with Rose Of The West. You’re playing Chill On The Hill, and then you’re doing a Summerfest show.

MR: You put out your record in early spring. What has that experience been like? You’re married to the lead singer and you were in a managerial role, then you eventually joined the band.

CL: Yes. The band started in 2016. Actually, the day that Gina [Barrington] and I secretly got married, we ran into Thomas [Gilbert], who was in GGOOLLDD at the time, and he had been sort of reaching out to her about stuff she’d been doing. He was like “I’d still like to work with you sometime” and we’re like “Oh, cool.” She said she was writing some songs. Her and Amelinda Burich had kind of risen from the ashes of Nightgown and were starting to work on some stuff. So the day we got married was the day the band started, coincidentally. I was just the manager at the time. Amelinda was the bass player, and she’s awesome, super cool, and has really great musical taste. But at the end of 2017, she and the others sort of found themselves in not the same place musically, so she stepped out. And I’m a bass player, and I was managing the band, and I’m married to the singer, so I sort of stepped in.

MR: The one thing about this project that’s always really hit me ever since I met you and the band when interviewed you in your space is that you’re very, very serious. A lot of other bands, I don’t know if it’s a Midwestern modesty thing of whatever, are like “Whatever happens happens. We just like to have fun with it.” I know you are having fun with it, but you also want to make it work and you’re going to make moves to make it work.


CL: Yeah. Gina has been working on music for nearly 20 years. We met in L.A. in ’99 or 2000. We became friends and she was just sort of starting to turn her poetry into songs and do little shows back then. It’s been a long and circuitous road for her to get to now and to be with this group of people. I think she feels very much an urgency to finally have found the right alignment of elements. We just don’t want to mess it up or lose it. It’s a house of cards. Even getting things to be a little bit successful takes a lot of luck and alignment of things, so if that alignment starts to happen, we’re loathe to let it go.

MR: With you being married to the lead singer, is it a little bit hard to leave it at home. Are you able to leave the music on the stage or in the studio and the home life at home? 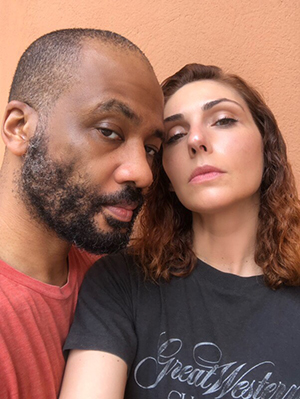 CL: I’ve always had boundary problems all my life. My first band, Remy Zero, we were best friends and we lived together and we made music together and we accomplished everything together, so there was never any separation between work and home or what we’re doing for a living and what we’re doing for ourselves. It was always the same thing. Since then, it’s always been the same for me. I only really ever work with bands or artists that I have a connection to. There’s no on/off switch. The people that I work with have access to me all the time, and it’s never just business. It’s always personal. This is like that, but exponentially more because I love her more than anybody in the universe. So yeah, sometimes it’s hard to be the manager when I’m also the husband and we’re dealing with kids and dealing with bills, but at the same time, that’s why I’m able to put so much of my heart into it. I am very invested in make sure that everything that can happen to help her and her music happens. 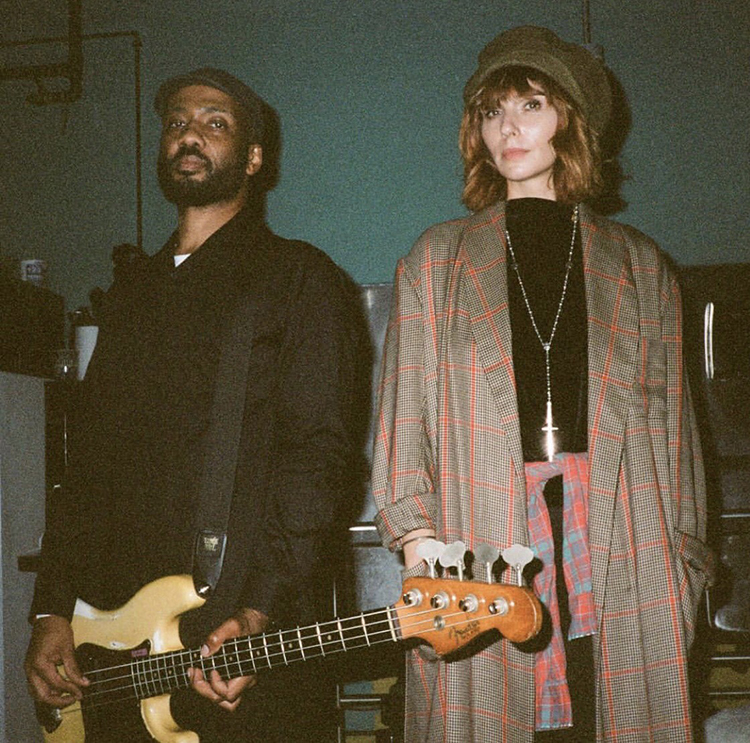 MR: There’s an extra incentive to have things work out. It’s not like “Well, I get my 10 percent or I get to make a little extra money as one of the background players in the band.” You get to make the person who makes you the happiest feel happy and more safe in her art, and feeling like things will work out. That seems really nuanced, because you’re helping her vision on stage and literally laying down the bass lines, then you’re helping to get the gigs, and you’re there after the shows to help sustain the ups and downs of life stress, too.

CL: Yeah, it’s a lot of hats. That’s a pretty fortunate thing for us as a collective. My experience in the business and musical life, a lot of that is very helpful to being able cut through certain problems and solve certain problems or reach out to people or whatever. It definitely is an advantage.

MR: What else is happening with this band? Are you working on new songs?

CL: The record is out. The first single did really well at college and non-commercial radio across the country. We’re getting ready to a second single, which is going to come with a Warpaint remix and video, and we just played our first show in Chicago. We’re just going to continue to make new inroads. We’re going to go down south, to the east coast, and the west coast. And I would like to record two or four more songs to release this year with that activity. We should be working on a record and have album two ready to release next year. We want to keep things in the flow.