Search the stratosphere for stellar Milwaukee music and you’ll find NO/NO. In the past five years, the new wave-y synth-rock outfit has dished up a number of defining moments: a pair of cool and sexy EPs in 2014, a Best Milwaukee Album of the Year in 2016’s Sound And Light (home to the towering “Whatever”), and a delectable Dashcam-produced EP in 2017’s Twentysomethings. To listen to NO/NO’s records was a treat; to see them live was a blast. They were the best.

You’ll notice we keep using the past tense. That’s because, sadly, NO/NO, will soon call it quits. NOOOO. But, happily, not before releasing a second full-length album, Diagnostic, due August 30 on Gloss Records. YAAAAY.

“This album is the perfect swan song for our band,” says songwriter/guitarist/singer Harrison Colby. “We’re happy to be saying our goodbyes on a good note and leaving with an album that represents the direction we would’ve kept moving in.”

About that direction. Although NO/NO trended closer to sparkling electro-pop over the course of its five years, a new song, “Detoxification,” reveals a noisier, more direct, and more guitar-heavy sound. If Kim Deal stuck around with the reformed Pixies and took over songwriting duties, it might sound like this. Listen to it now.

Want to say goodbye to NO/NO in person? The group will play Chill On The Hill on August 13, and the 2nd annual Fat Fest on August 17. A record release show that will double as a final show is set for September 21 at Mad Planet.

As for Diagnostic, it will be available on digital and cassette. You can pre-order the cassette for $6, or pre-order a full “Breakup Bundle” that includes everything the band has done for $30. Sigh.

Completely unrelated: Remember when George Clooney handcuffed himself to David Letterman in order to keep Letterman from retiring? Yeah. We’re considering that. 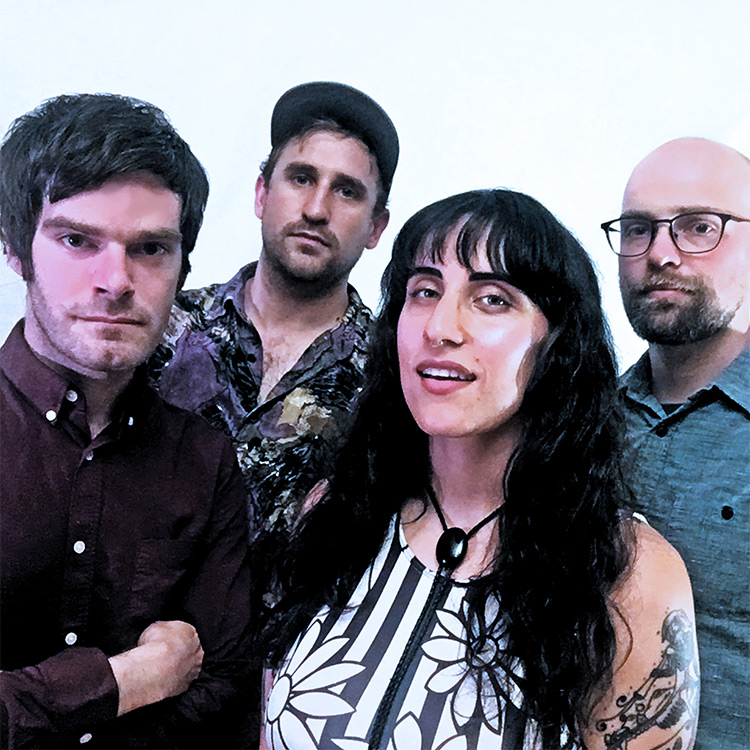