With all due respect to folks who remember the short-lived Milwaukee-ish group The Movies, no one remembers The Movies. The band released a single self-titled album in 1976, and that’s it. No follow-ups. No reunions. Little to no mentions on the internet. The Movies are one of those random thrift store finds, one of those “Ha, this looks funny” records you buy for a quarter and when you check the liner notes, hey, how about that, they’re from Milwaukee.

And yet when you do some digging you find yourself uncovering strange facts and falling down strange rabbit holes. Wait, the album was released on then-fledgling Arista Records? Soon-to-be-famed film composer James Newton Howard was a session player on it? It was produced by Vini Poncia, who produced and wrote records for Ringo Starr and KISS? They did the theme song to the 1977 film Fun With Dick And Jane? One of the members was also a member of the first white group signed to Motown? They appeared on Saturday Night Live—but the weird Howard Cosell version of Saturday Night Live that you didn’t know existed until now? Wha?

Yes, for such an innocuous and mostly forgotten group, The Movies have a lot of weird history. But before we get to that, let’s listen to “Dancin’ On Ice,” the opening track of the 1976 record. Is it kind of goofy? Yes. (Opening lines: “I love you, you love him / He don’t know that we’re more than friends.”) Is it kind of great? Yes. Fans of Harry Nilsson and/or music that was released either 10 years too late or 10 years too early take note:

The whole album is like that: a collection of weirdly out-of-step pop tunes that didn’t stand a chance against the Ramones’ debut or disco smash “Turn The Beat Around,” both of which were released the same year. Also, just look at those guys.

About those guys: Michael Morgan, Peter Barnes, and Ted Medbury were The Movies. Before forming the group in Los Angeles, Morgan and Barnes had played together in Milwaukee as part of The Messengers. The Messengers—deep breath—were originally a Minnesota high school band in 1962 but then they reformed at Marquette University in 1965 and then they signed to Motown Records (they were either the first or one of the first white groups to sign to the label) and then they moved to Detroit and then a Chicago DJ formed a sound-alike group called Michael & The Messengers but that group didn’t last long and then the “Milwaukee” Messengers kept playing and two of the members eventually formed The Movies. Everybody got that? Here’s the Milwaukee version of The Messengers doing a cover of Wilson Pickett’s “In The Midnight Hour.” (The pictures in the video are from a different incarnation of the band, just to make things more confusing.)

How about another song? Here’s “Satellite Touchdown,” which was the b-side to the Fun With Dick And Jane song (“Ahead Of The Game”): 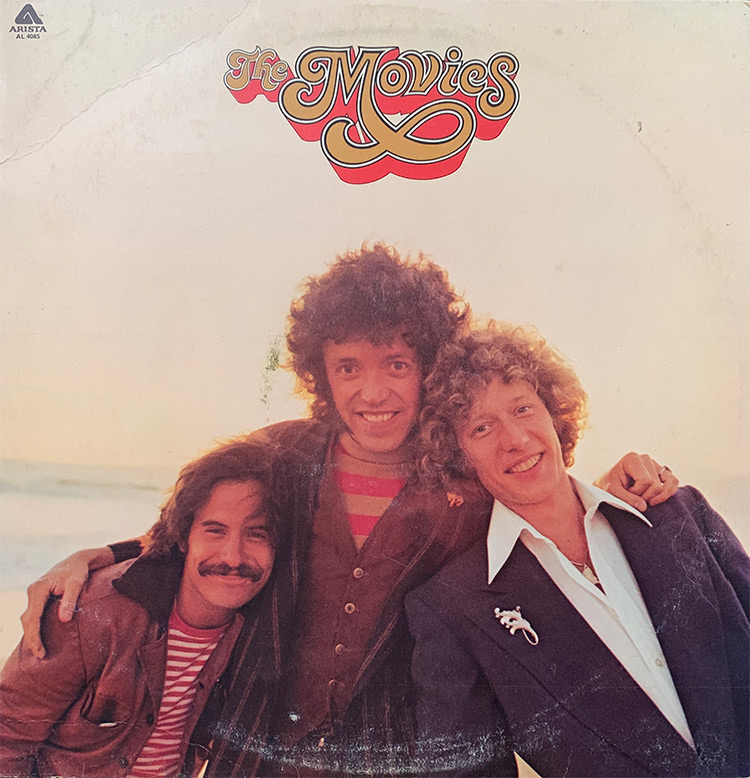 The back cover, meanwhile, is set in one of those Milwaukee-looking locations you can’t quite put your finger on until one day you realize, holy shit, it’s the corner of Bradford and Cramer on the East Side and you used to live there. 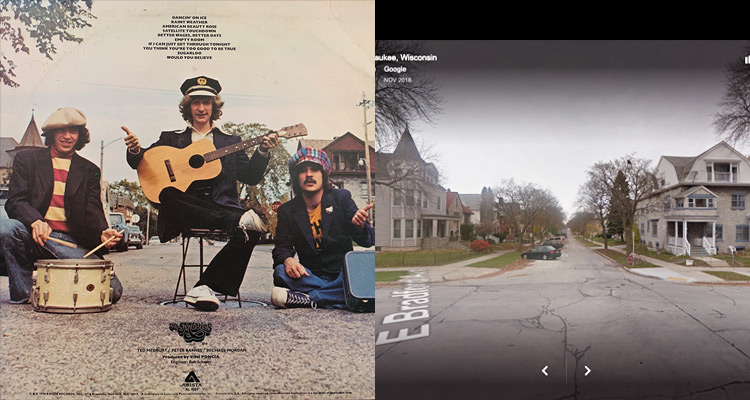 Why did The Movies fizzle out? In a chat with Cavallo back in 2010, the photographer alluded to an “unknown incident at a show” that led to the band being blackballed by Arista president Clive Davis. Morgan and Medbury are still out in the world today (the latter was brother to Milwaukee gonzo legend “Uncle Vinty,” by the way). Barnes died in 2004. Here he is playing a holiday version of the classic “Hello Milwaukee” jingle:

Finally, here’s the inner sleeve for The Movies’ one-and-only record. Dig the “thank you” section, which concludes with “…and the people of Milwaukee.” Thank you, The Movies. R.I.P. 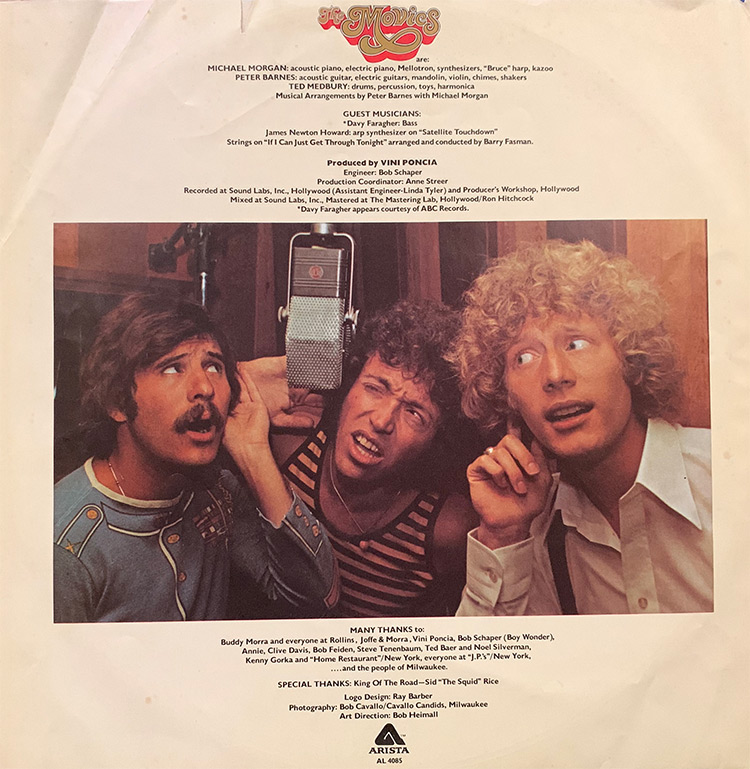