In a funny way, it’s hard to imagine a more picturesque narration of a day in the dumb, erratic year that 2018 has already been. If it is to begin with the one-two punch of an hour-long government shutdown (the second in weeks) and a snow emergency, then is there a more fitting end than the closing credits of the day rolling to the tune of an honest, reflective songwriter who hails from a different part of the world? The sheer randomness of those factors manifested itself in front of a sold-out crowd on Milwaukee’s East Side at The Backroom @ Colectivo. There, Swedish songsmith Jens Lekman treated approximately 300 people in the rear of the cafe to his woeful glory and his first show in our fair city in a decade. 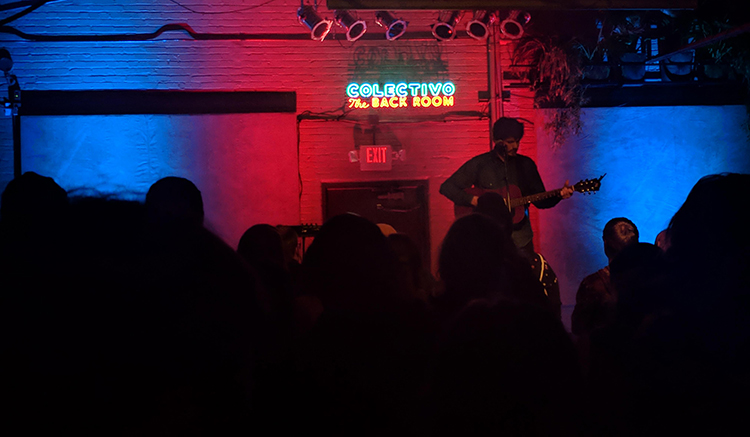 Before Lekman hit the stage, the crowd was treated to a competent and often lovely opening performance by Indiana-born songwriter Peter Oren. Bearing witness to Oren’s set gave one the feeling that they were being granted a glimpse into his whole being. It was an uncomfortable dichotomy of being gentle but sardonic, pained but humorous, and declarative but occasionally needing to do battle with the conversations of show-goers awaiting the headliner. After Oren’s short, subtle, and muted set, he left to a hearty applause that seemed to be be built on the momentum of his charisma.

After a brief intermission, the man of the hour emerged to an immediately captive and overwhelmingly enthusiastic audience. Accompanied only by his guitar, Lekman masterfully wove humor, sing-a-longs, and the autobiographical facts and fictions that make up the rich meaning in his songs into the first half of his set. Oftentimes, the stories would be so dry and to the point it would make sense to wonder why anyone was laughing, at least before reminding yourself that it’s Lekman’s delicate charm that drew the sell-out crowd in the first place. “Hotwire The Ferris Wheel” and “Wedding In Finistère” were played in succession, leaving all in their wake in what seemed to be a contemplative trance. Whether he was recalling a decades-old walk where he consoled a recently heartbroken friend or he was making fun of Milwaukee for perhaps (okay, totally) overreacting about the aforementioned “snow emergency,” Lekman reminded the audience again and again who was running the show. 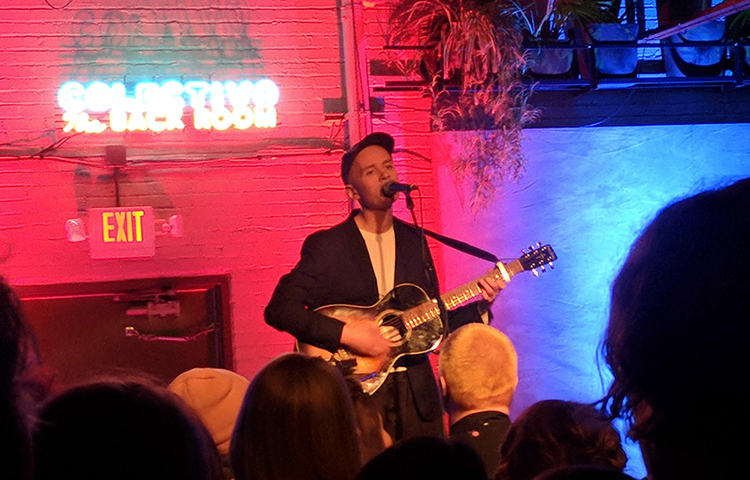 The second half of the set, much like the first, combined whimsy and melancholy. This time though, the singer and his guitar were accompanied by a drum machine. The room filled with the big, blooming instrumentation that illuminates Lekman’s albums. That only seemed to amplify the showman’s unique magnetism. With a room now alive before him and with a voice that sounds like it’s seen some shit, Lekman began to move with his crowd, conducting their moves and gesticulating when it was the crowd’s time to sing. Even despite the unarguably brilliant performance, what was perhaps most striking was that, despite the solitary nature of a vibrant and emotive performance, the show didn’t feel pandering, pretentious or show-boaty at any point.

The second half of the show was followed by a seemingly requisite fake ending and a short break before the obvious encore. The encore was a perfect stylistic bookend to the first half of the set: Calming, sweet, and slow. It started with “The World Moves On,” followed by “Maple Leaves,” and a true conclusion of the show with “A Postcard To Nina.” As sincerely as he arrived, Lekman was gone, but not before profusely thanking of the crowd and exiting to man his own merch table. The dignified gratitude exemplified by the singer was reciprocated by the crowd, giving credence to why shows like these sell out. Emotional but not maudlin, enthusiastic but never a shitshow, the show as more than just a concert unto itself, it was evidence that if Milwaukeeans are given a thoughtful and meaningful place to go—”snow emergency” be damned—we will trudge there.