When it was rumored back in January that Espana Tapas House would be replaced by a Southwestern-themed restaurant, many were interested to see just what cuisine the new establishment planned to bring to Milwaukee. Now, what was once the place that brought Spain to Milwaukee has been transformed into Agave Southwest Bar & Grill (800 N. Plankinton Ave., 414-249-5973).

There are many bar and grills in the city, and many have similar menus that consist of items like spinach and artichoke dip, burgers, and nachos. With Agave only recently opening, though, we didn’t want make any assumptions before checking the place out. We stopped by to see if it has what it takes to stand out in the sea of cookie-cutter bar and grill establishments, or if it just stands there.

The space: Seeing as how Agave has a different theme than Espana, the space is extremely different as far as décor and overall atmosphere. After the renovation, the space has been toned down in color, while the art and other wall decorations (bison skulls) have been kept fairly simple. The restaurant features a bar, lounge area, and plenty of seating in the open dining room.

The service: Although Agave has only been open for about two weeks, the staff seems to have much experience in the field of customer service. Not only were they friendly and attentive (we were the only table in the restaurant), they were excited and knowledgeable of the food and drinks being served. It says a lot when the staff stands behind the establishment 100 percent, and they definitely scored some points for the service they provided.

Milwaukee Record’s food/drinks: Staying true to the Southwestern theme, it was not surprising that Agave had quite a few items on the menu that were spicy. Some people may shy away from such dishes, but we felt the hotter the better.

After looking over the menu, we decided to try the Chef’s Special Nosh Plate as an appetizer, which was good, but the level of heat packed inside the barbocoa flatbread ($5) was almost too much to handle. Almost. This particular dish featured a mixture of fiery peppers and onions placed on flatbread and topped with pulled sirloin, tomatoes, and cheese. Other starter options include queseo fundido ($9), mussels ($12), and The 3 Cowboys ($7). The latter is tortilla chips served with three different salsas: fire roasted tomato, black bean, and tomatillo.

Moving on, we opted to try the wings ($12). Agave’s wings are glazed with agave nectar, fresh chilies, cilantro, and butcher pepper. They are then tossed in a dry chili powder and lime blend and served with a side of steel cut fries. It took a little bit of time for them to arrive, but it was worth the wait. The chicken and fries were perfectly prepared and tasted better than expected.

If wings aren’t exactly what you’re looking, there are many entrees offered at Agave that can satisfy virtually anyone’s cravings. The broasted beef ribs ($18) are braised in Coca-Cola, Hoja santé, and Ancho chili. There’s also blue cornmeal dusted rainbow trout ($18) and fresh colossal scallops and shrimp ($23). And what menu is complete without a few burger options? The Agave Burger ($11) and the Colorado Bison Burger ($14) are both prepared with the customer’s choice of cheese and veggies, all served on a brioche roll.

We washed the flatbread, wings, and fries down with one of Agave’s craft cocktails. There were an assortment of cocktails and beers that ranged in price, starting at $4, but one stood out more than the others. The Boomerang was a refreshing and flavorful drink that will surely get lots of attention from customers. Even though the recipe is unknown (it’s a family secret that cannot be divulged to the public), the drink is worth a shot when stopping in.

The verdict: The combination of items on Agave’s menu is definitely one that will dissuade Milwaukeeans from walking around the corner to Mo’s Irish Pub or Rock Bottom. The portions are generous and the prices are decent, and that alone is enough to keep people coming back for more. 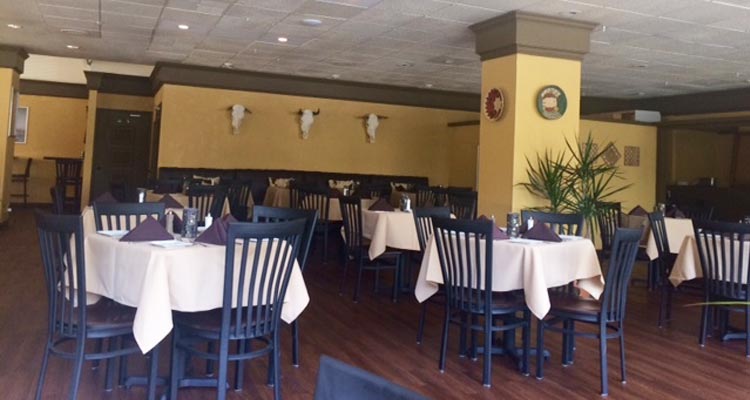