The article in question—which we won’t link to, because come on—is from one of those new, fucking idiotic “satire” sites that just makes shit up. You know, the cut-and-paste “Matthew McConaughey/George Clooney/Justin Timberlake is moving to Racine/Kenosha/Kekoskee!” kind of sites, because PLEASE LIKE AND SHARE ON FACEBOOK. Here’s the bullshit “story” from bullshit site “KUPR 7 News”:

GREEN BAY, Wisconsin – Numerous news outlets are reporting that a portion of the next Star Wars movie will be filmed just outside of Green Bay, Wisconsin. The location in Wisconsin will represent a previously unknown planet in the Star Wars universe.

Writer and director Rian Johnson is said to have personally chosen the location and will need the help of a large number of extras from Green Bay and the surrounding area. Reports claim that a big reason in choosing to film in Wisconsin is that the state has recently been providing significant incentives to production companies that choose to film in their state.

No other details have been provided so far except that filming is set to begin sometime next year. 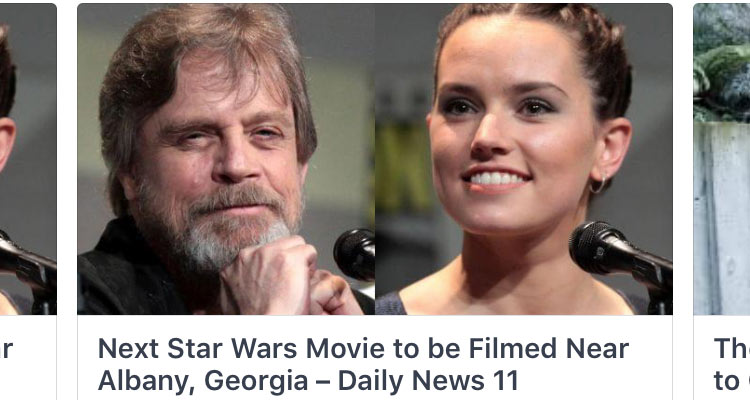 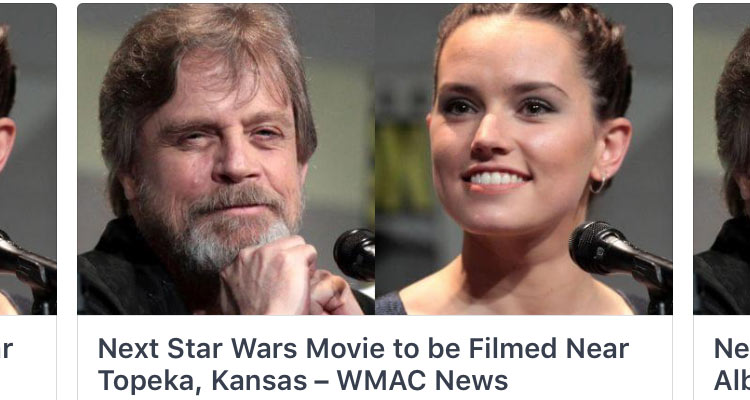 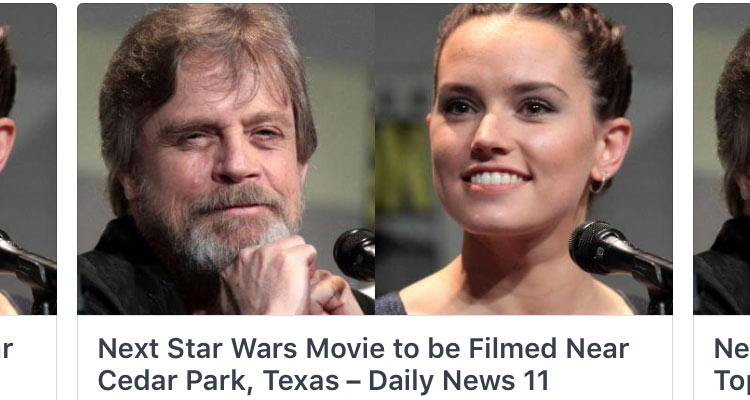 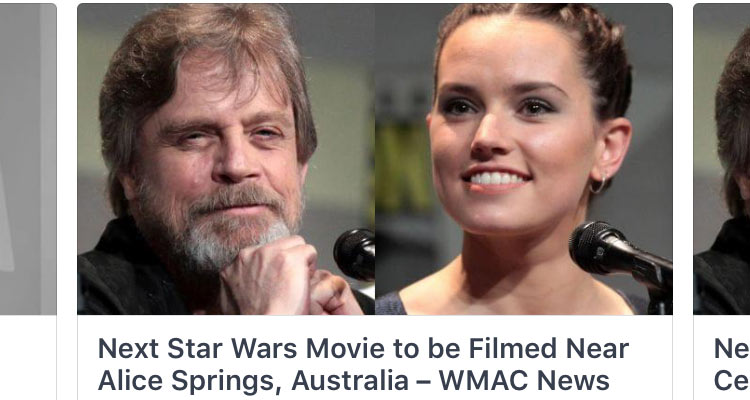 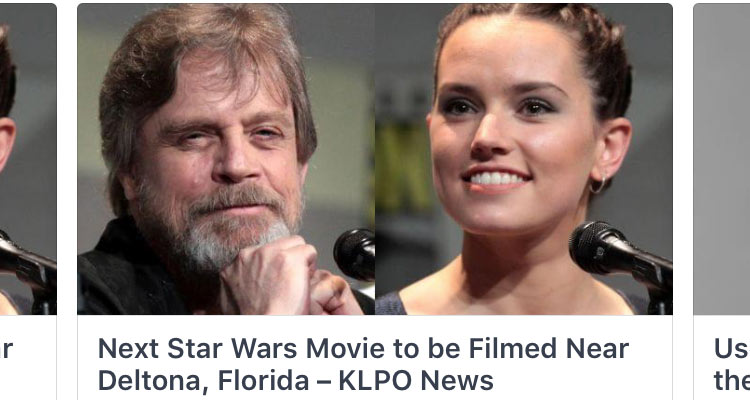 Need we say more? Probably not, though it is worth saying that the line about Wisconsin having “significant incentives to production companies that choose to film in their state” is laughable, because Wisconsin most decidedly does not have any such incentives. A modest incentive program adopted in the late ’00s proved to be a non-starter, and was officially killed, Han-Solo-in-The-Force-Awakens-style, in 2013. Spoiler.