It’s been said that one man’s trash is another man’s treasure. Apparently the same holds true for one man’s recyclables. Last Thursday through Saturday, hundreds of collectors and vendors hailing from more than 30 countries converged at the Wisconsin Center to bond over their shared love of something most of humanity disposes of on a daily basis: beer cans. September 3-5, the Brewery Collectibles Club Of America held its 45th “CANVention” and its first such event in Milwaukee since 1978. Figuring many of the aluminum and tin containers were first filled here, it seemed only fitting to take a lap around the convention center on the closing day to scope out 600-plus tables worth of brewery memorabilia and, of course, beer cans—thousands upon thousands of beer cans. 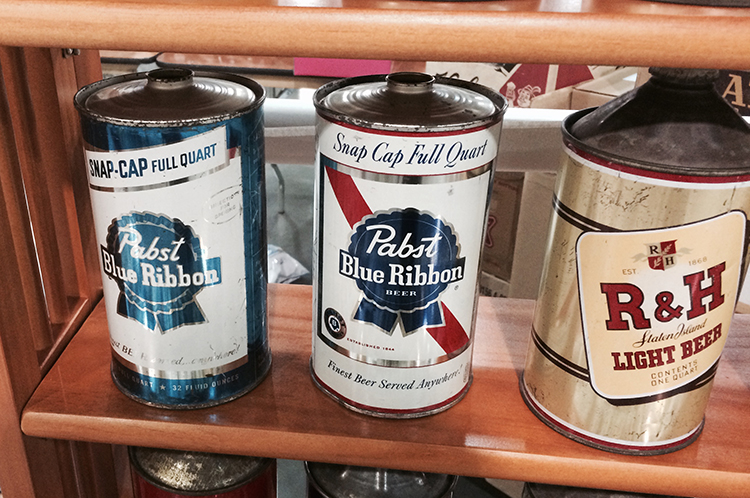 Proving there’s officially a hobby out there for everyone, the majority of the table space was devoted to canisters. Of those, some were incredibly old and in shapes and sizes no longer offered by breweries (if the brewery still exists), including these quart-sized monsters that once held Pabst Blue Ribbon. Like brands, prices also varied greatly. Some vendors sold modern cans like MillerCoors and Anheuser-Busch aluminum pints with team logos or whatever that new Shaquille O’Neal soda was for as low as 50 cents. Some rare vessels for long-extinct brews like Red Fox and others ran $10 or more. We did some holiday shopping and scored a 1994 Wisconsin Badgers Rose Bowl commemorative Pabst tallboy (still full) for $3. Being the waning hours of the event, many vendors were willing to lower prices to lighten their load for the journey home. Not unlike baseball cards and comic books, a can’s value is based almost entirely on its scarcity, age, and condition. 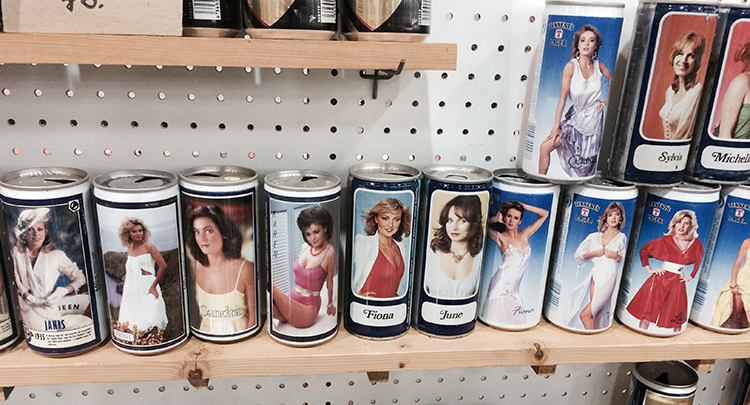 Evidently, emblazoning cans with photographs of well-dressed women was a thing in the 1980s.

While, yes, it was a “CANVention” first and foremost, there was no shortage of other beer-affiliated items on hand. From neon signs and framed promotional art to vintage trays and glassware, tap handles and bottle openers, and even bottle caps and coasters, the accumulation of alcohol-based antiques was almost endless. It was an interesting glimpse into the various ways beer was marketed over the course of the last century. Some of it was quite interesting and had the makings of ideal rumpus room decor. 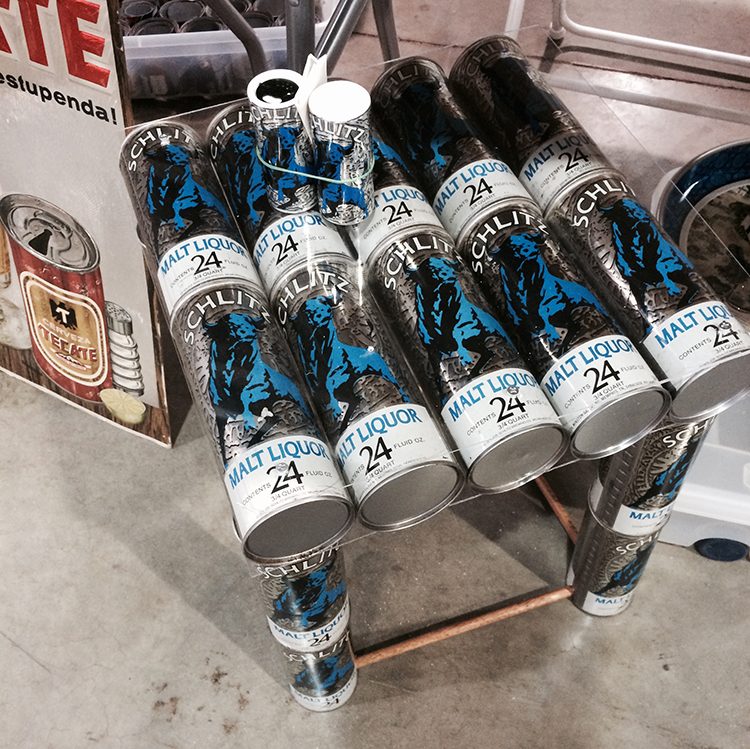 This hideous table constructed out of cans of Schlitz Malt Liquor was an exception. It’s like the perfect gift for the man in your life who has nothing. 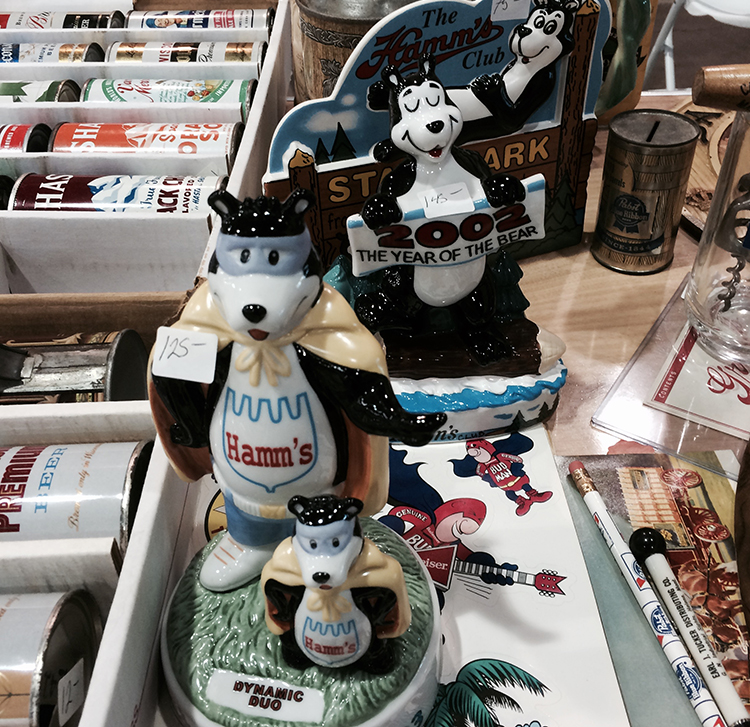 However, Schlitz and Hamm’s were among the breweries with the most promotional art and knickknacks, and some of the most interesting items as well. 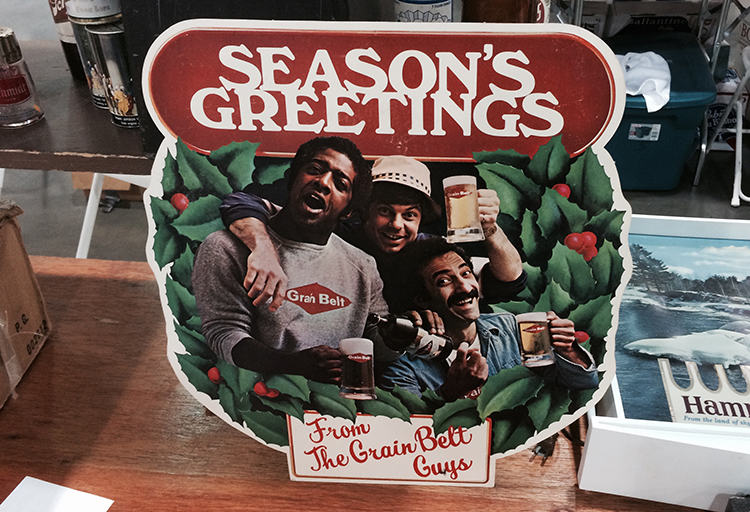 Did Ernie Hudson used to be one of The Grain Belt Guys? 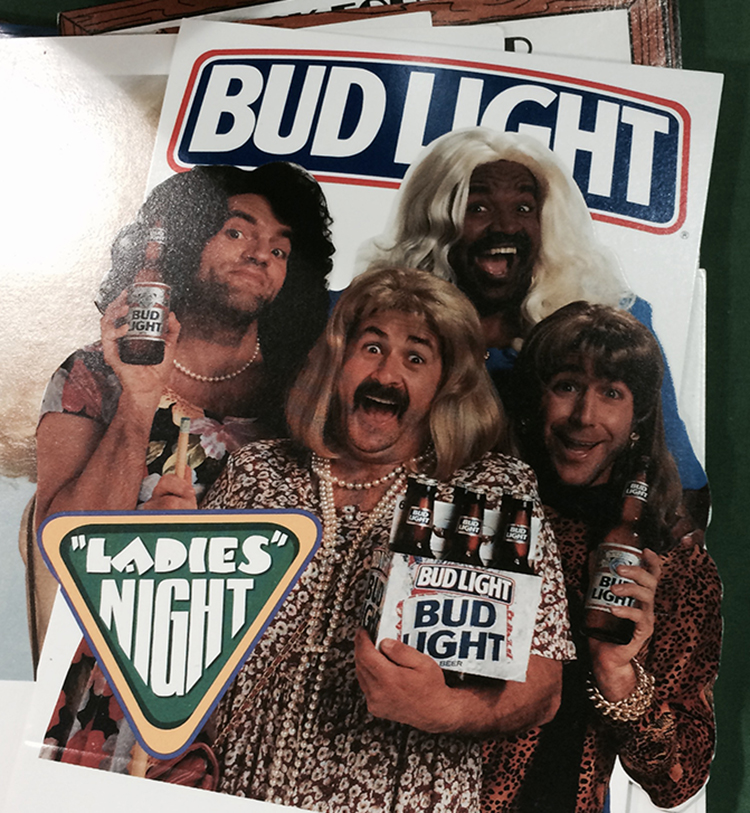 Bud Light would get tons of shit if they put this out today, and rightfully so. What a dumb fucking ad campaign. 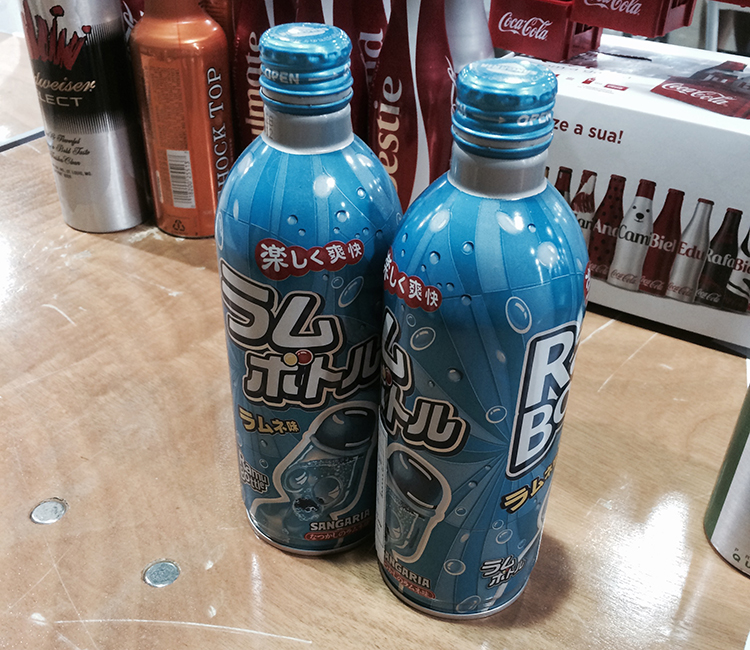 Though the vast majority of breweries featured at the tables were located in the U.S., the CANVention’s international presence brought some overseas aluminum to the Wisconsin Center, including this Asian can reminiscent of the Mr. Sparkle box. 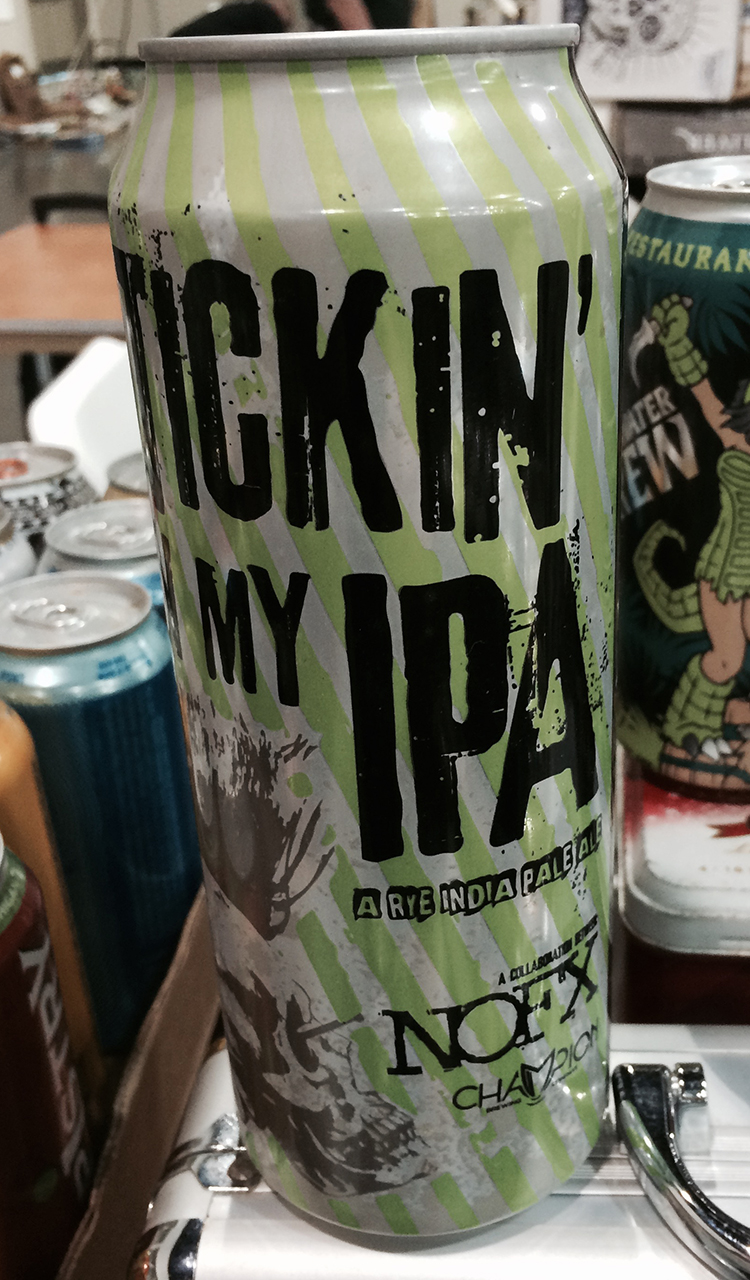 Of course, with the ongoing exponential expansion of craft brewing, there was an abundance of bottles and cans from upstart microbreweries. With that growth and the advent of putting new craft beers in cheaper and more environmentally friendly aluminum, a hobby that seems to be dominated by rusted out containers from decades ago will surely feature more modern cans soon. We happened upon this NOFX beer, “Sticking’ In My IPA.” We’re pretty sure that your band’s punk rock status is instantly revoked when you put out an IPA, by the way.

In all, the near-one mile serpentine crisscrossing of the convention center only served to prove that the world of brewery collectibles is a strange-yet-interesting one. Despite being literal trash to most, the collection and preservation of refuse is a very specific interest shared by a passionate subset of people from all corners of the globe. If that misunderstood hobby brings out-of-town guests to Milwaukee, all the better. Hopefully it won’t be another 37 years before the “CANVention” returns.