Ever go to Summerfest (or any other Summerfest-grounds fest) and spend time watching your kid(s) play on the playground? The area was always kind of…lacking, right? NO LONGER. On Thursday, Milwaukee World Festival Inc. unveiled the new Northwestern Mutual Community Park—a.k.a. a thoroughly revamped and improved playground area at Henry Maier Festival Park.

You want enhanced and inclusive play equipment suitable for kids 2-12? How about sensory rooms, family restrooms, and nursing rooms? The new playground’s got it, and more. AND HERE’S THE BEST PART. The Northwestern Mutual Community Park will be open during Summerfest, cultural fests, and other events, but it will also be open seven days a week between June 19 and August 1—no fests needed. Hours are Monday through Friday from noon to 4 p.m., and Saturday and Sunday from 10 a.m. until 4 p.m. Days and times may change, so visit MilwaukeeWorldFestival.com for an up-to-date schedule.

Anyway, here are 11 photos of the new park, followed by three photos of where the crummy kids stage used to be. About the latter: the concrete stadium seating is gone, and the stage itself has been replaced with a (much-improved) toddler-age “Giggle Grounds.” Sigh. We booked that old stage a bunch of times for PrideFest, and we have nothing but fond memories of Milwaukee bands killing it on a stage usually reserved for kiddie entertainers and magicians. GOOD TIMES. 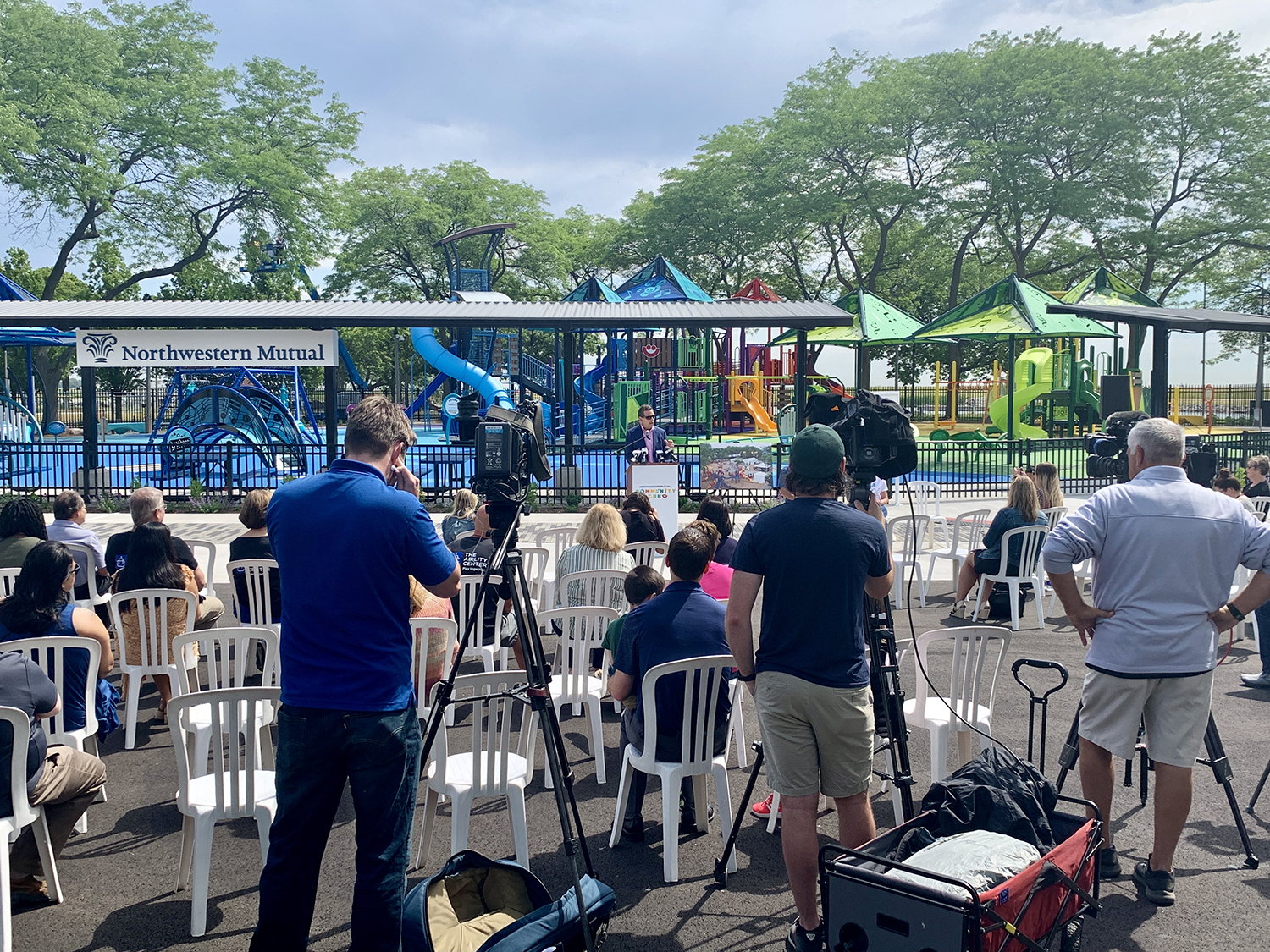 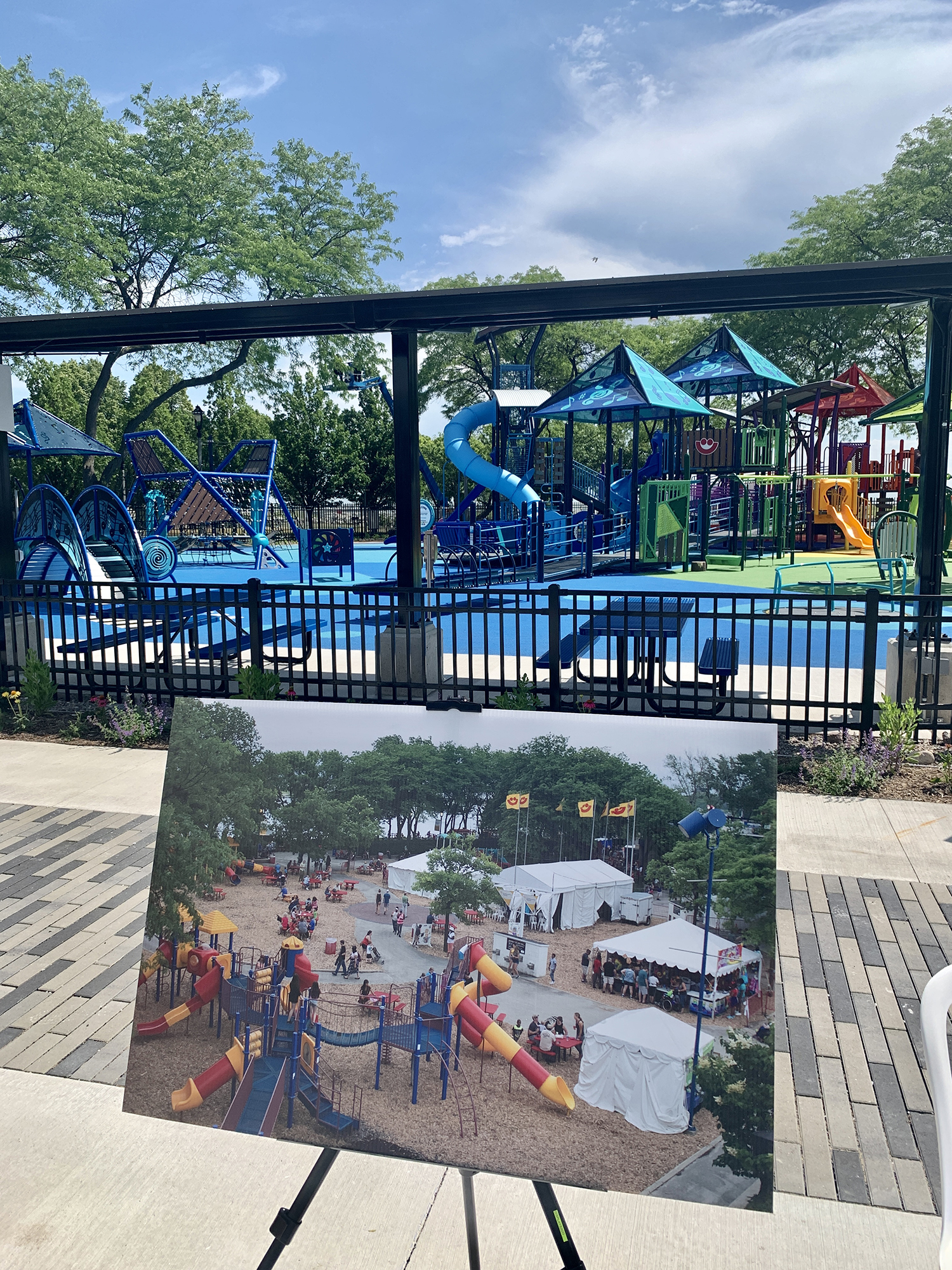 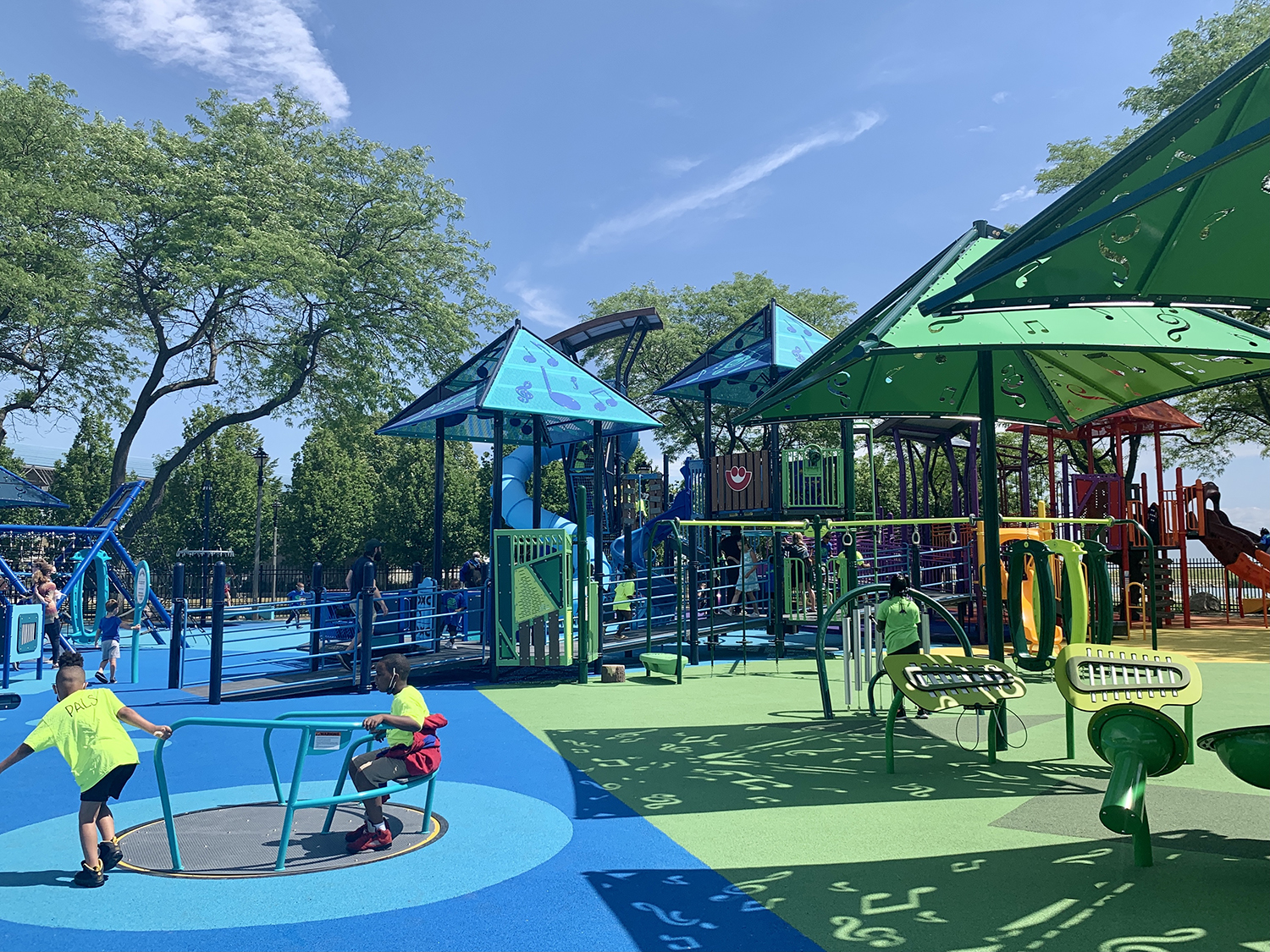 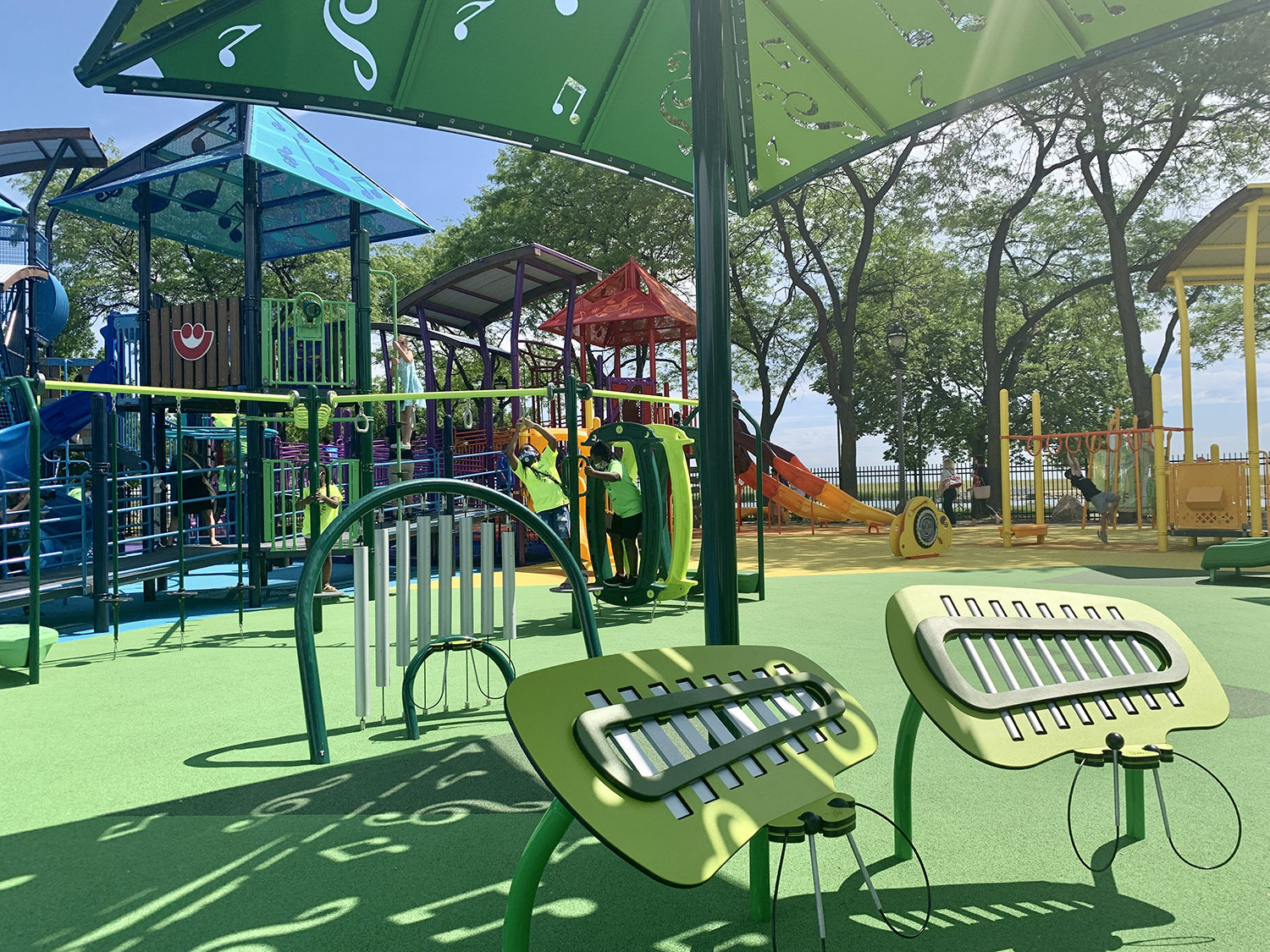 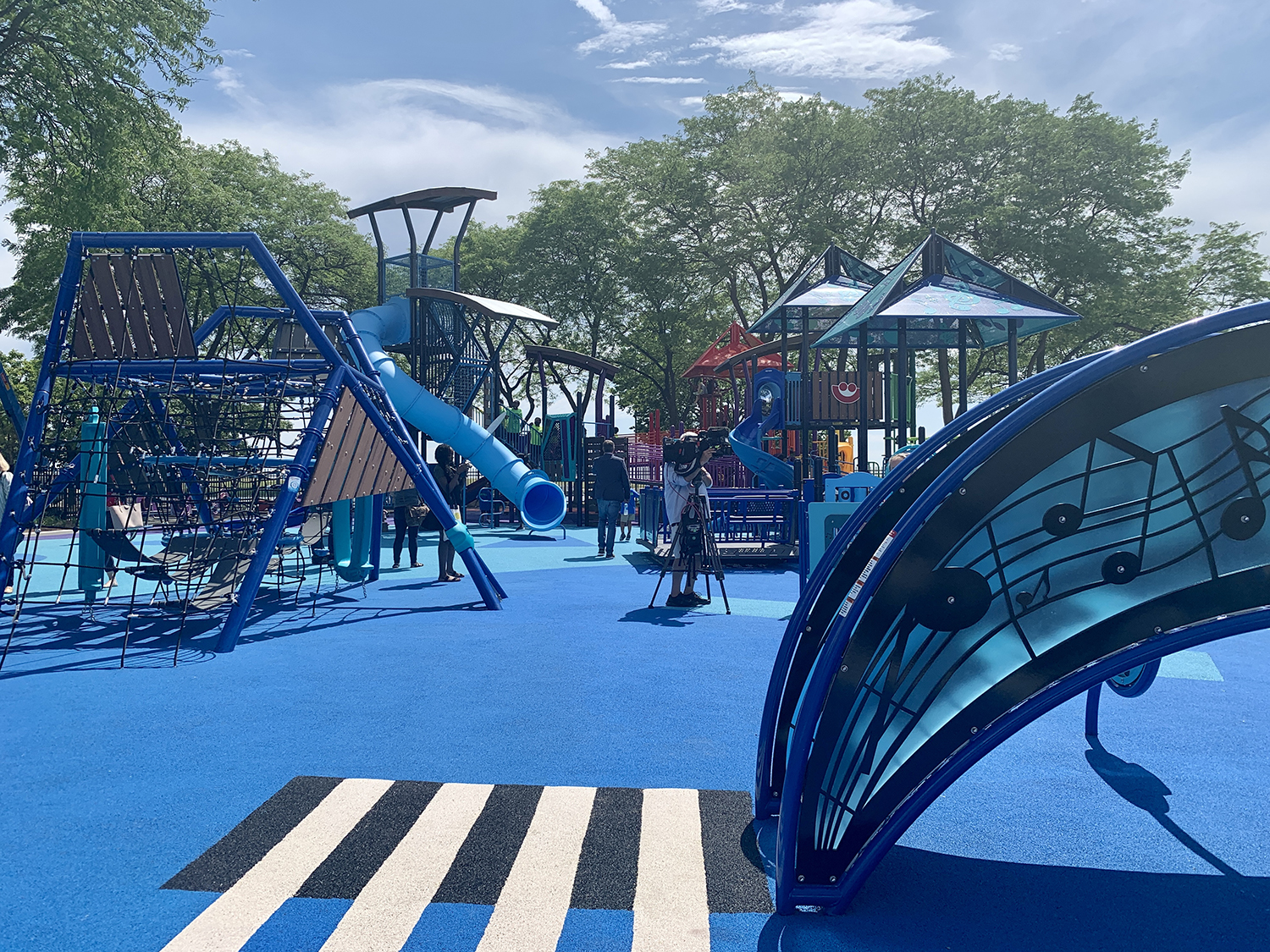 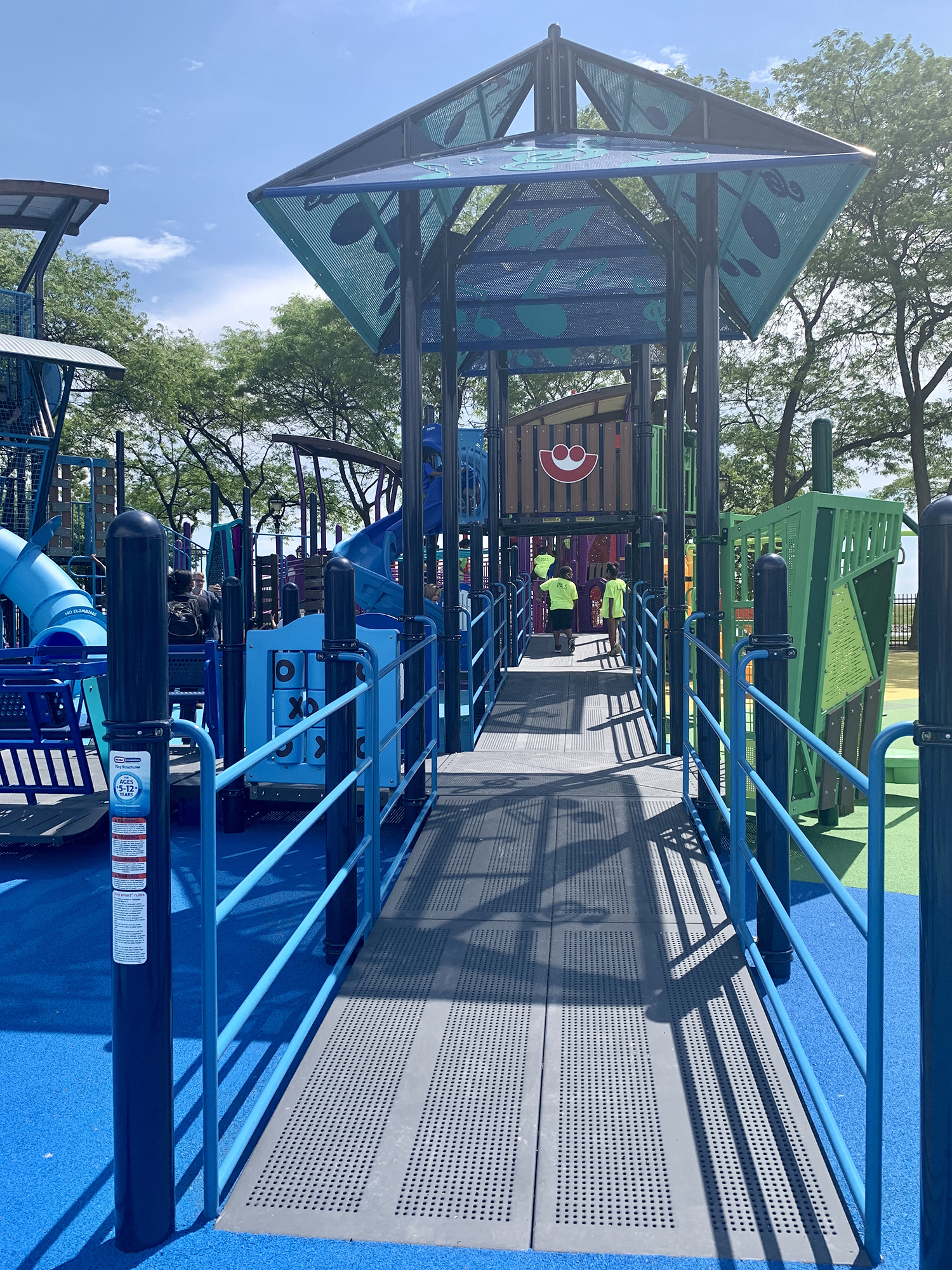 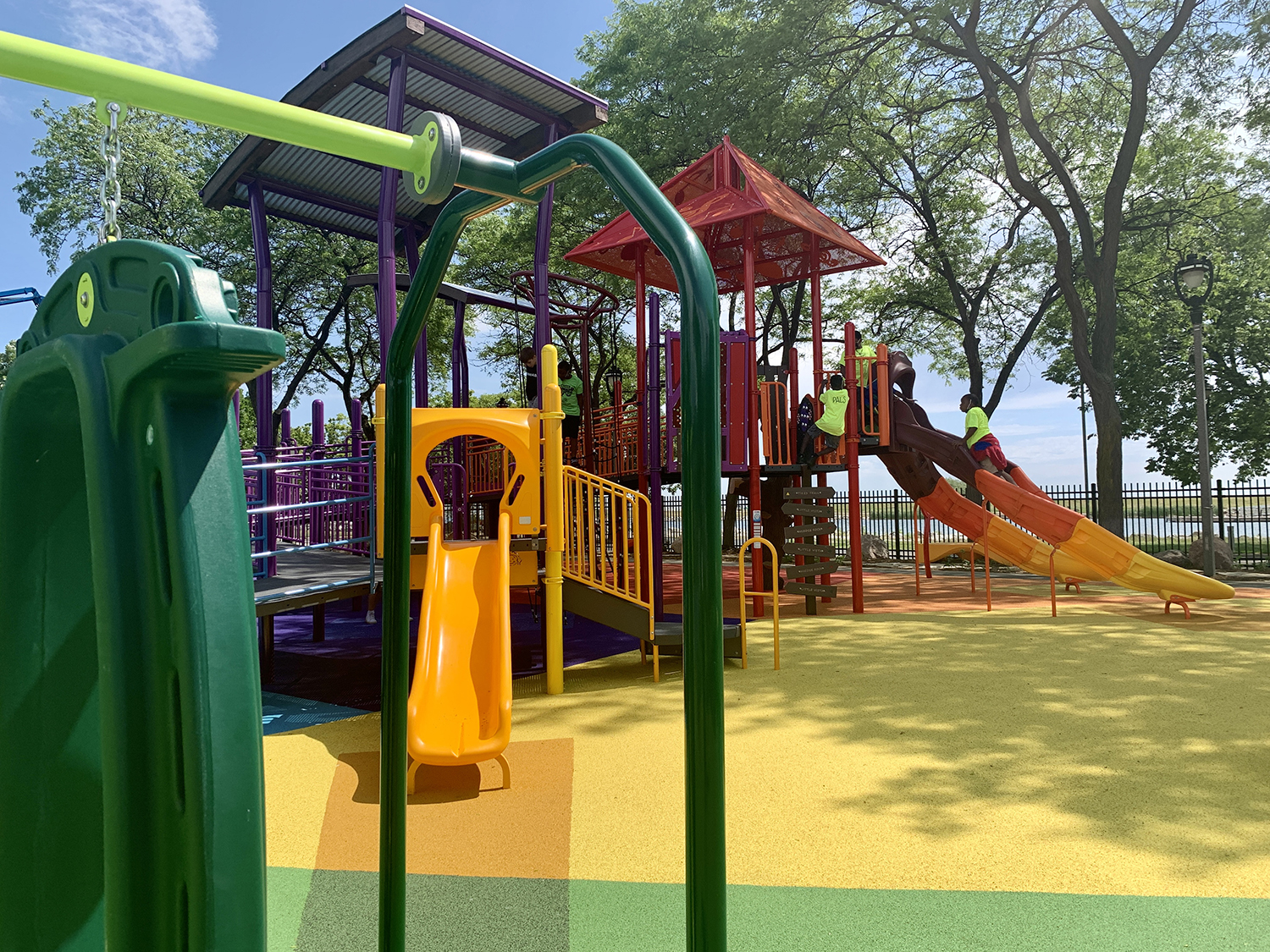 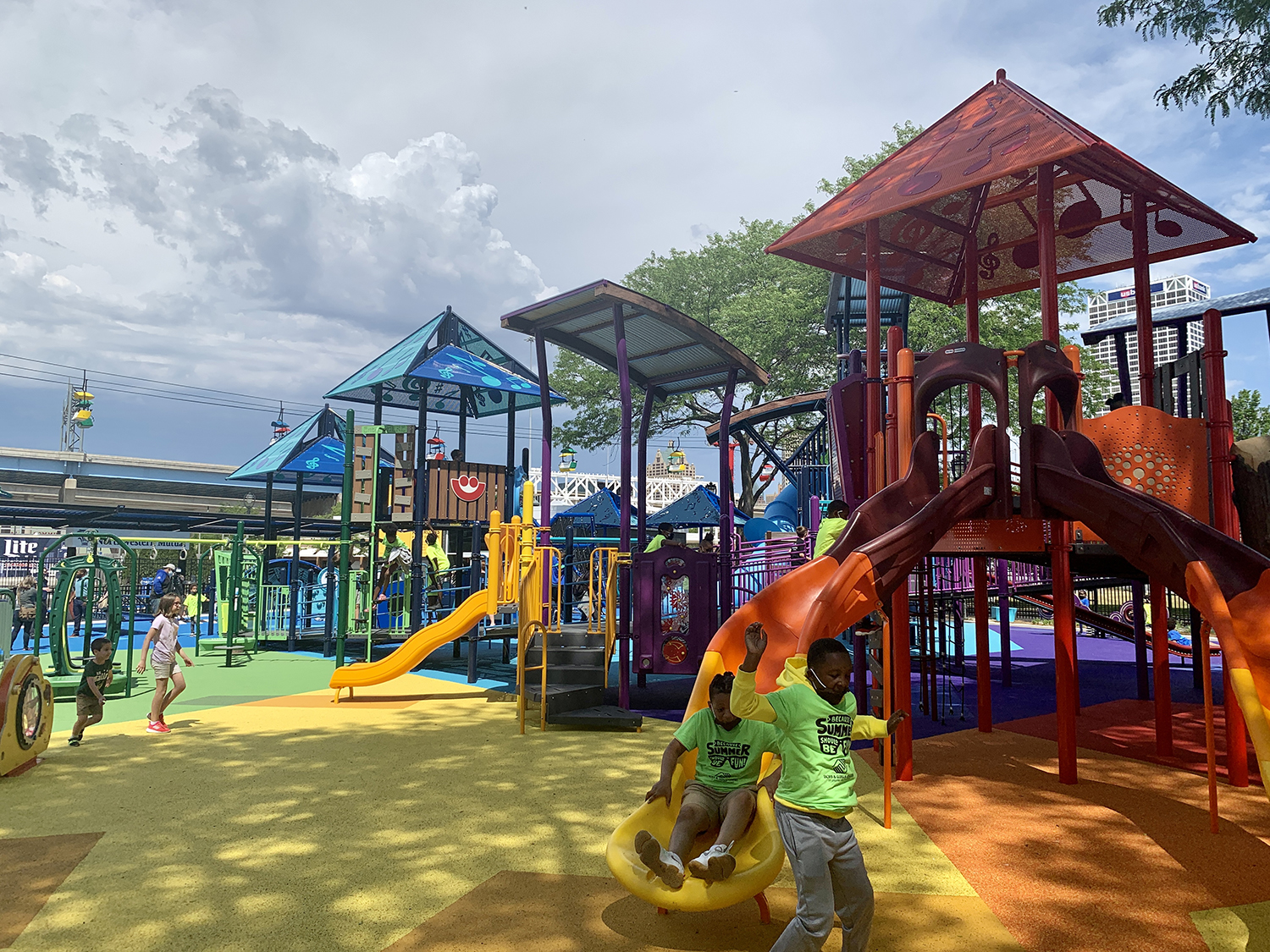 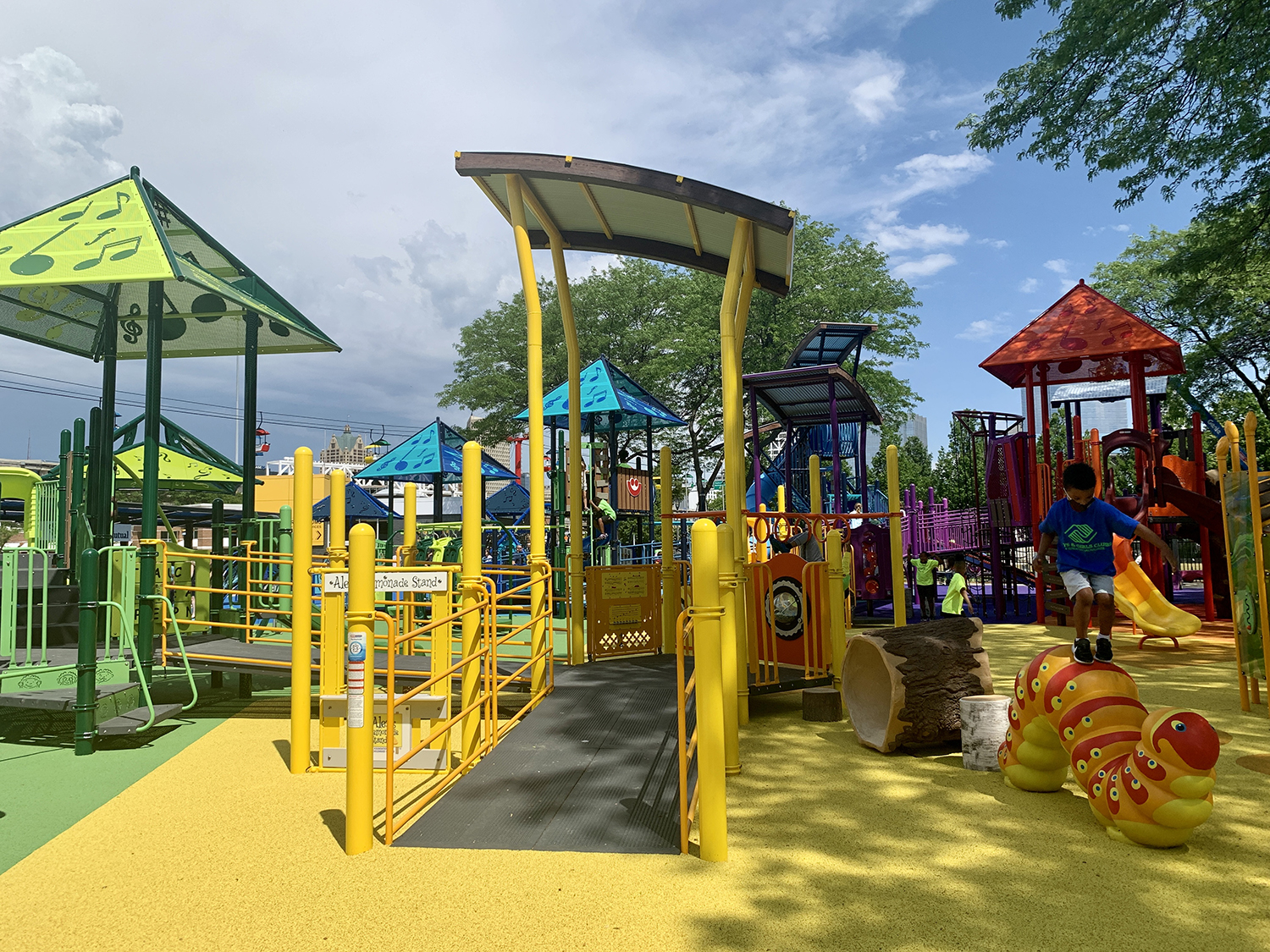 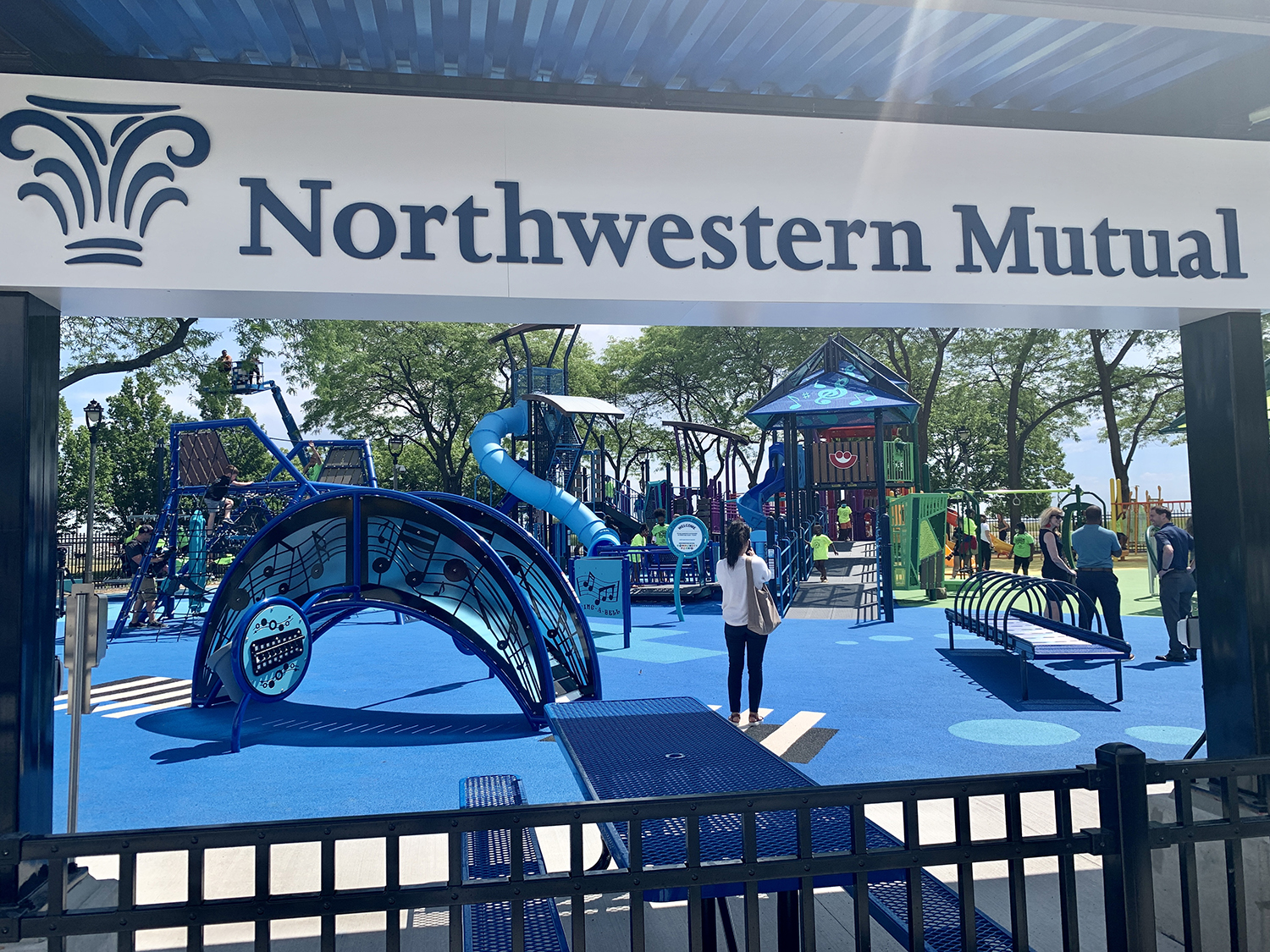 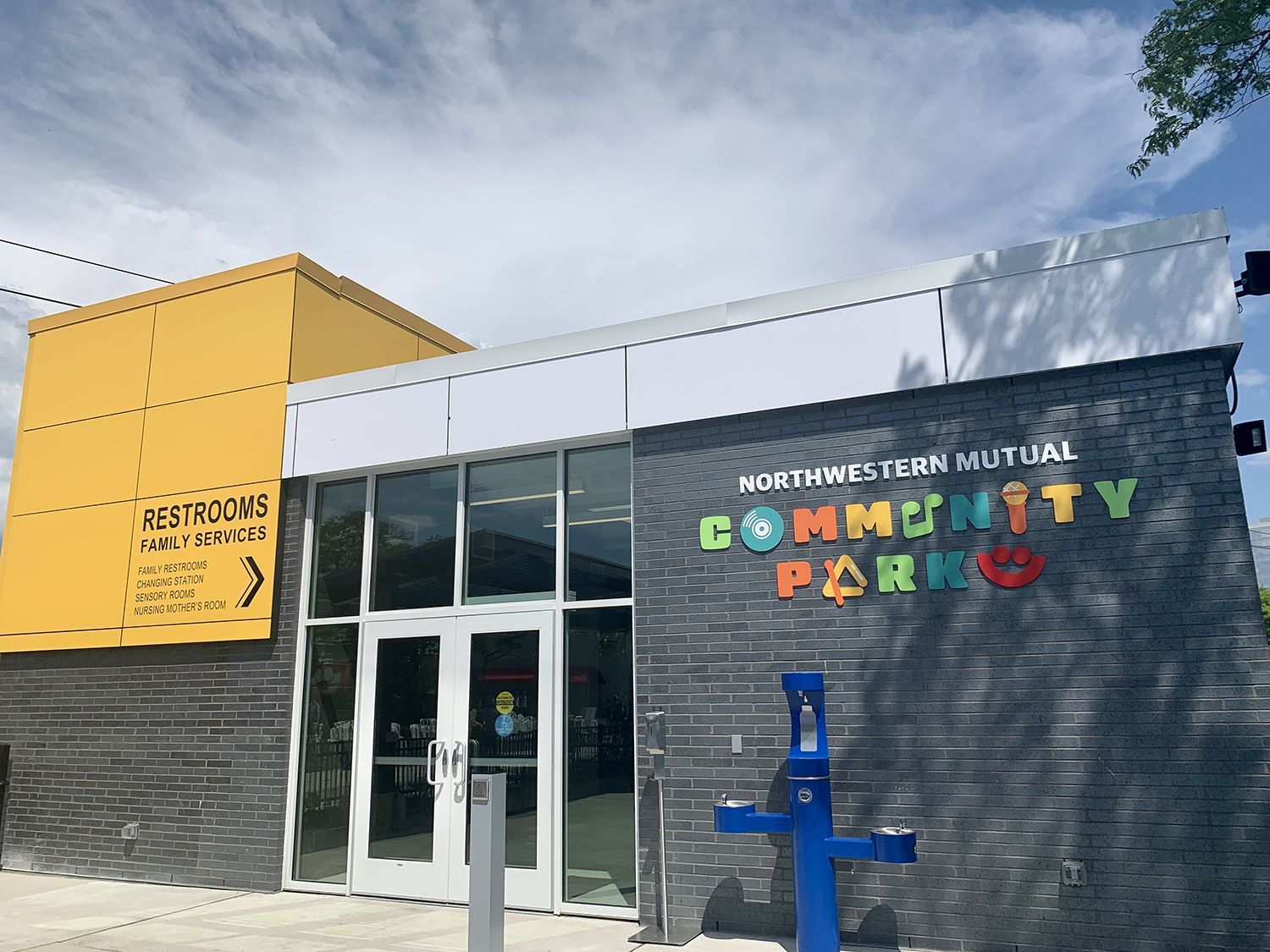 And now three photos of where the crummy kids stage used to be. Oh, and four bonus photos of shows we booked there in years past. Again: GOOD TIMES. 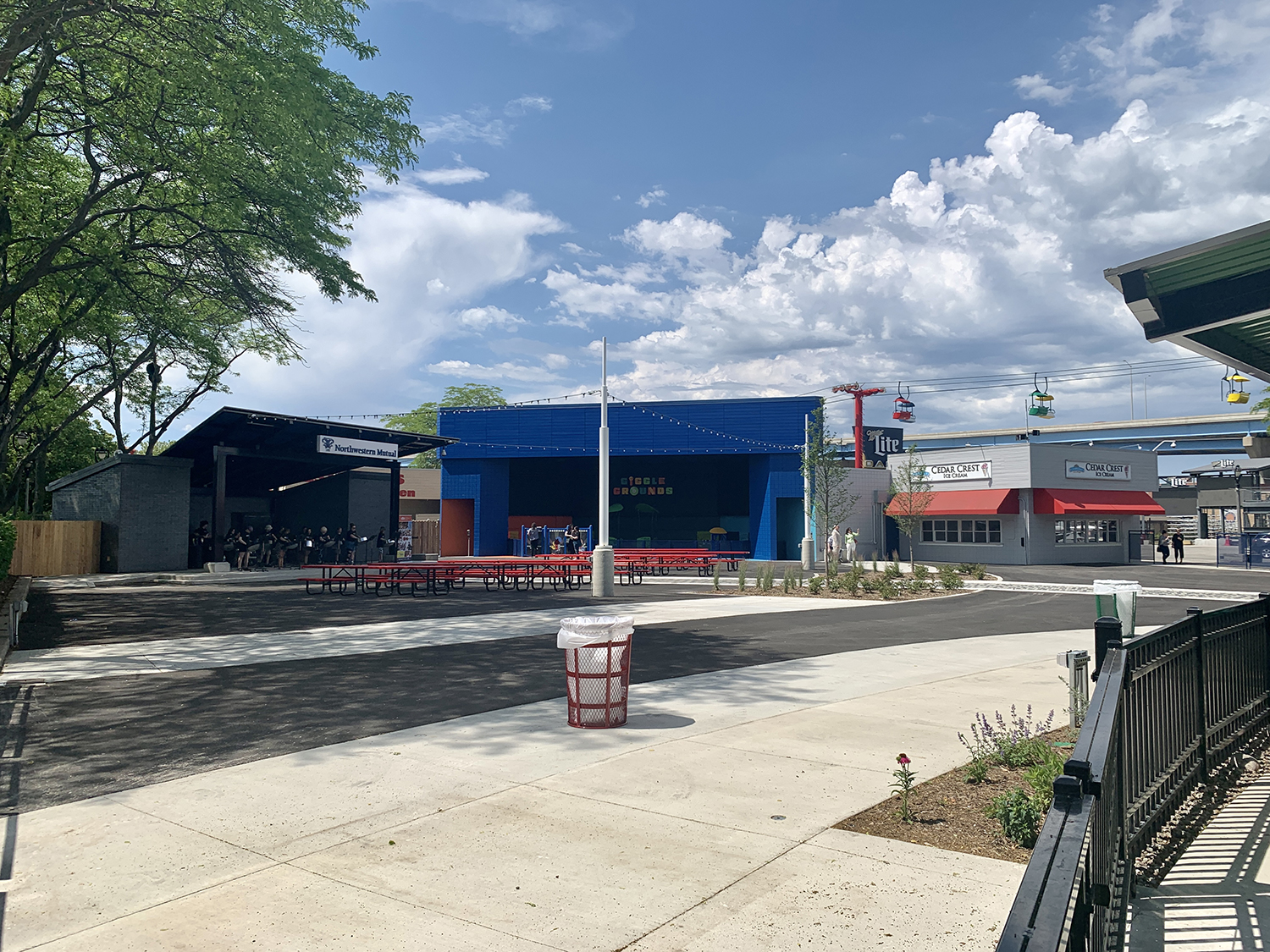 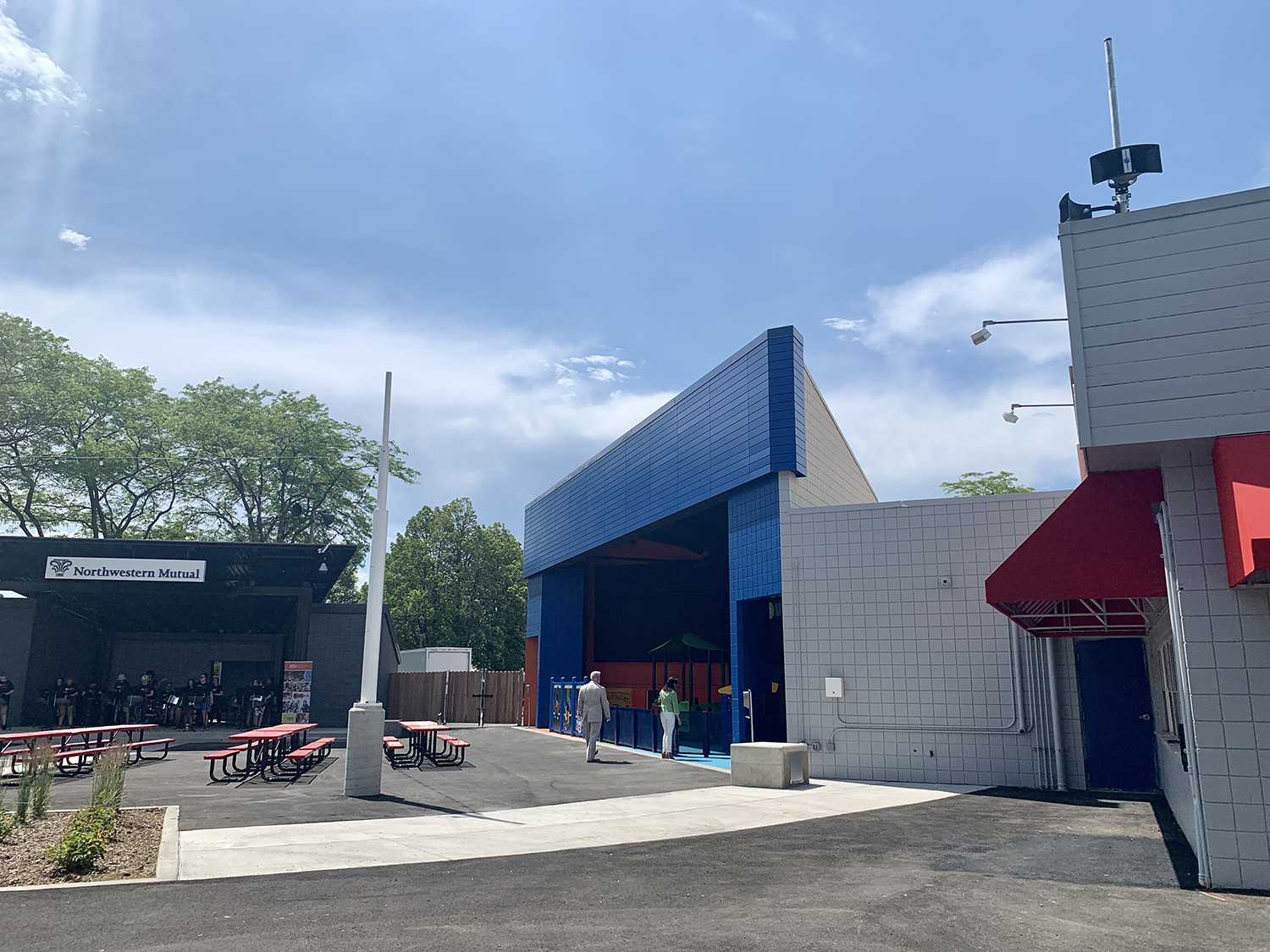 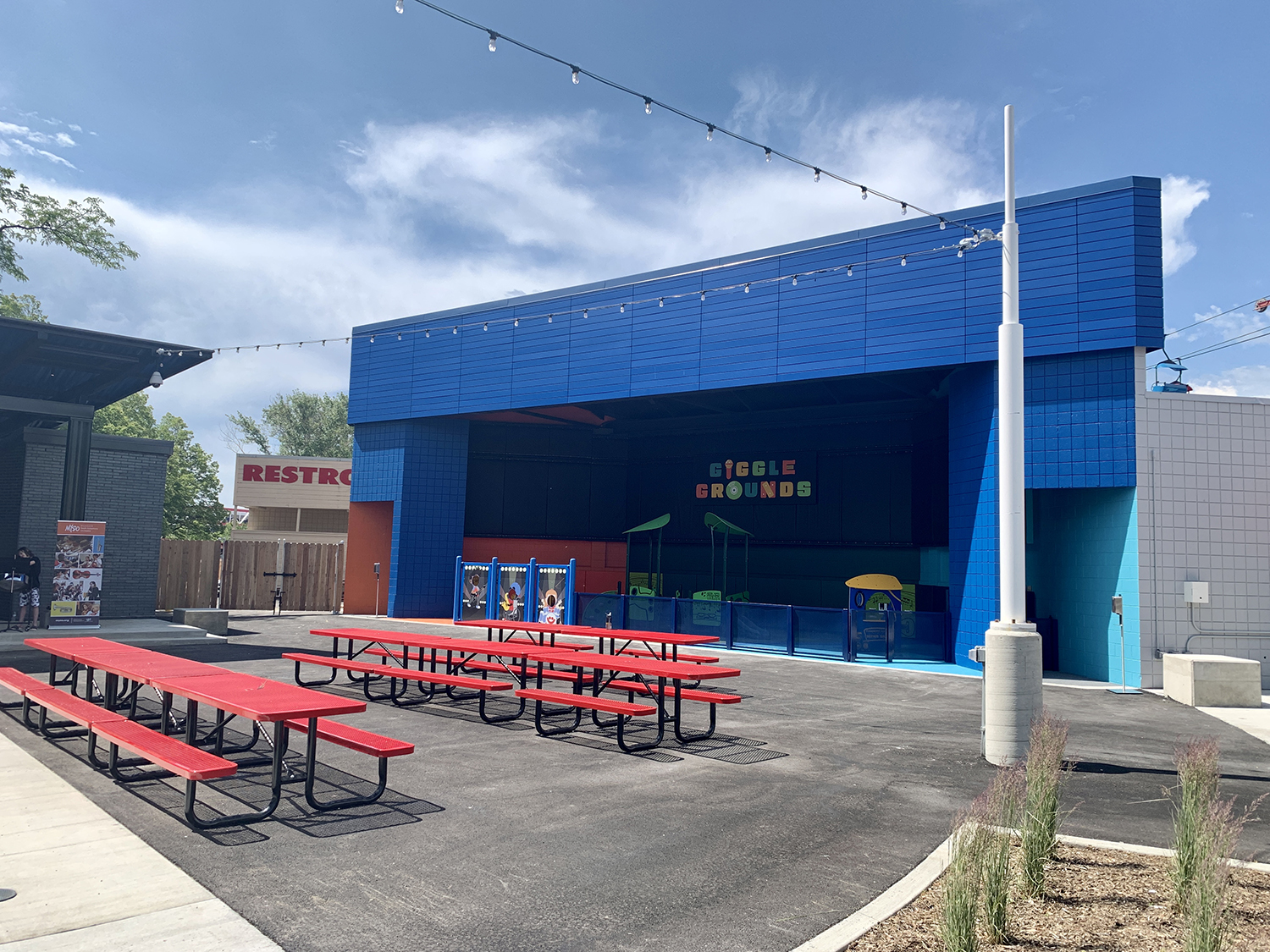 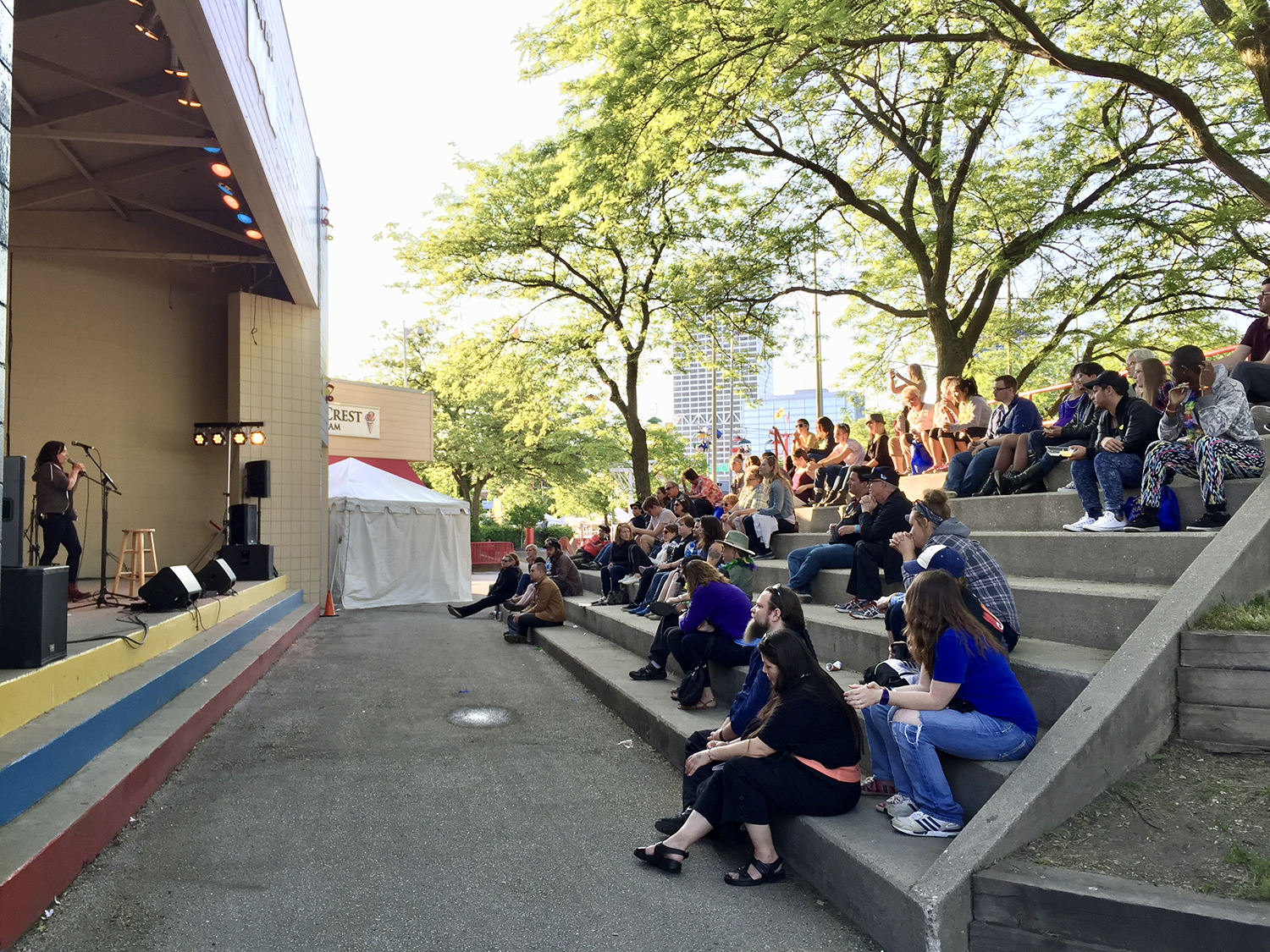 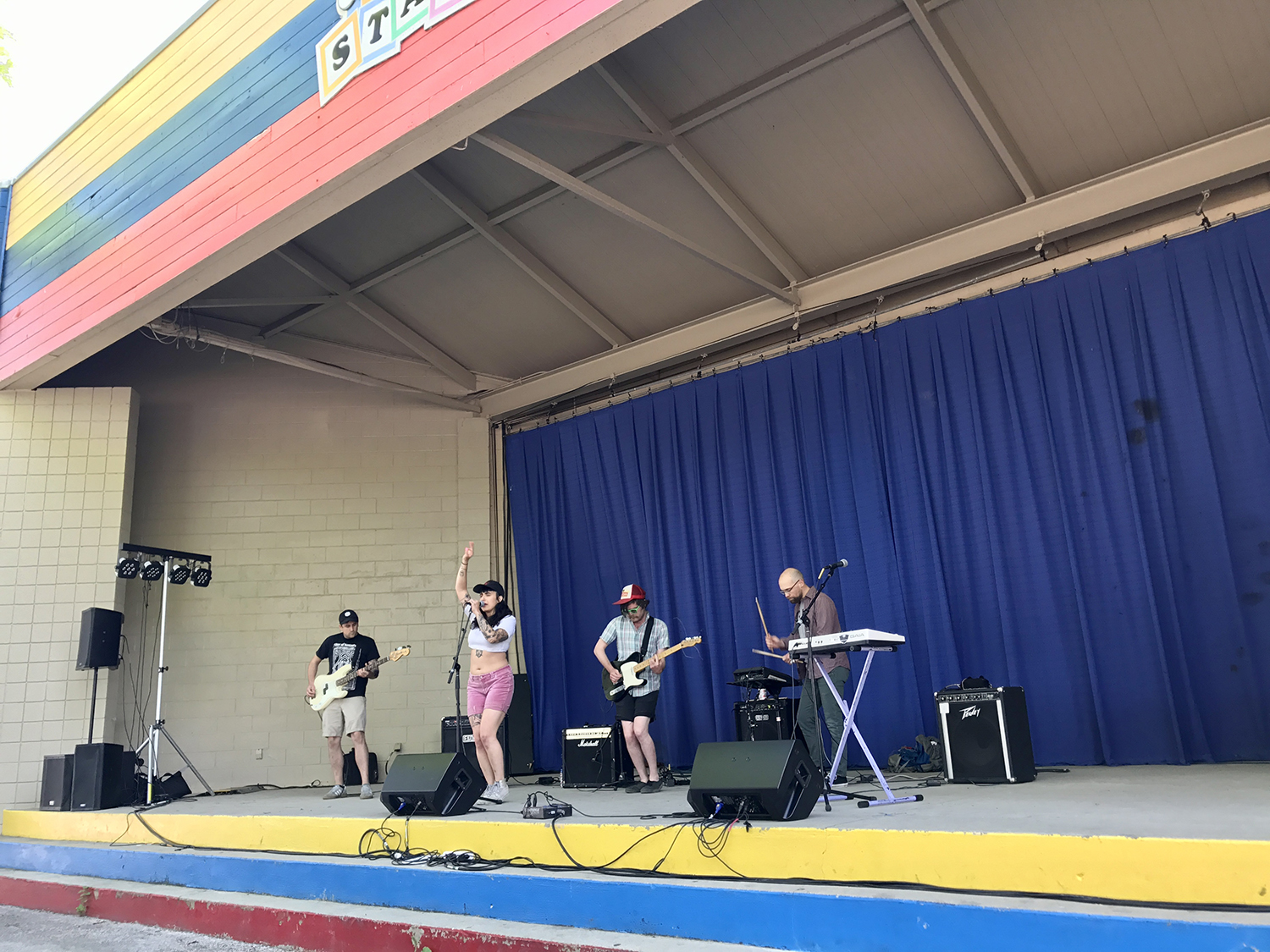 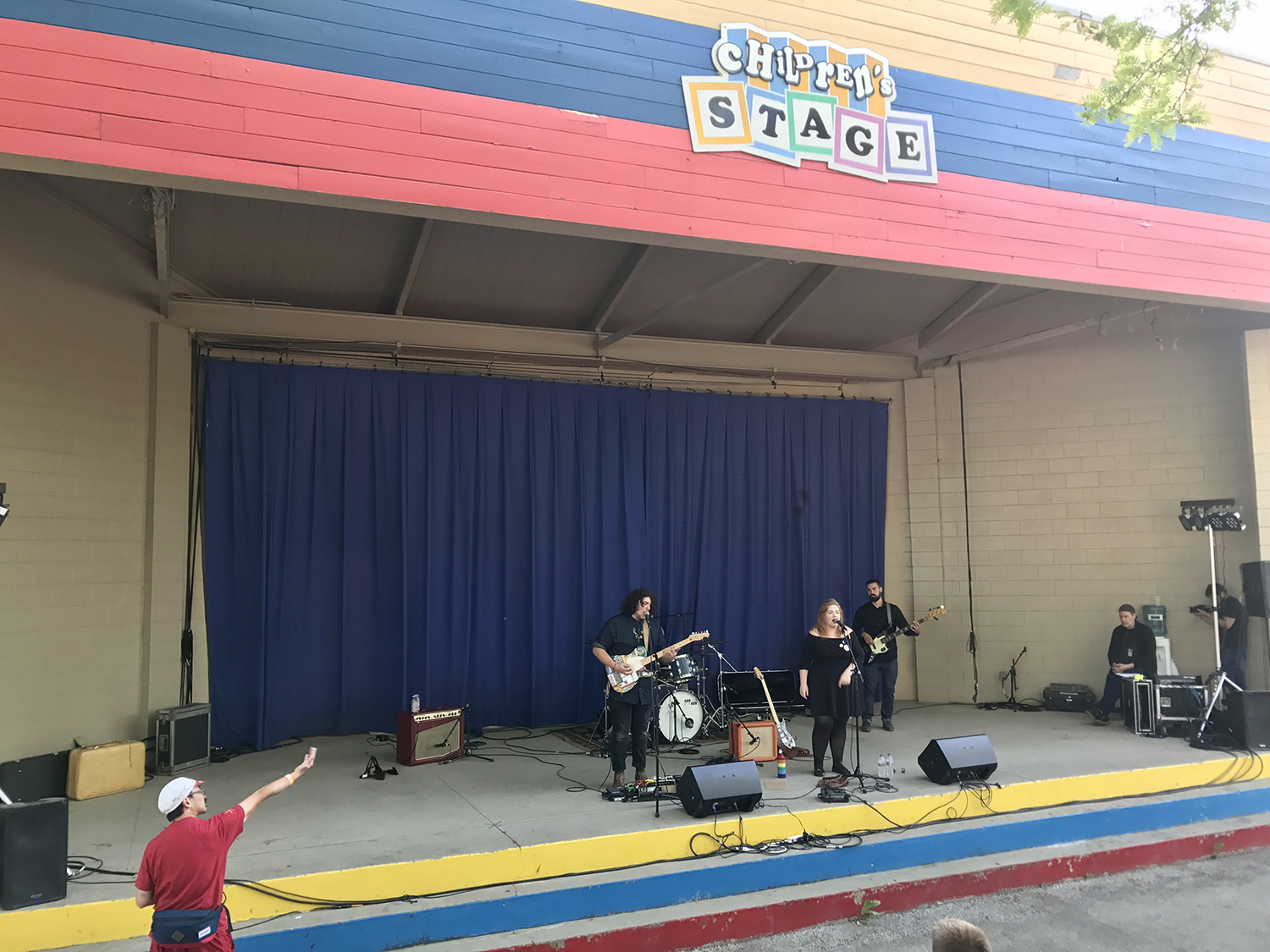 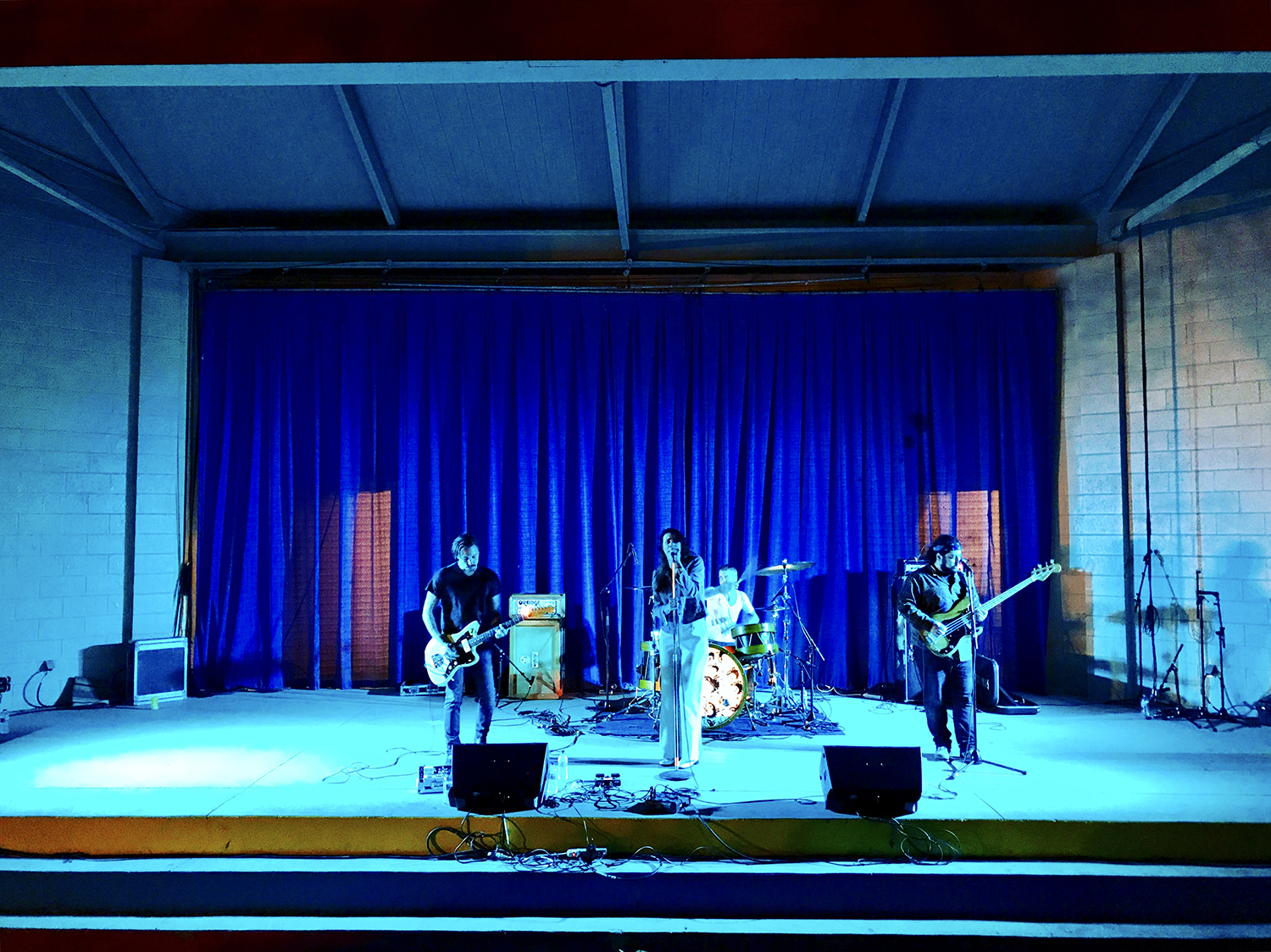