Many fans were taken aback by Strand Of Oaks’ new album, HEAL, and its aggressive rock bluster. Timothy Showalter’s music has been getting progressively more ambitious since the low-key folk-rock of his 2009 debut Leave Ruin, but he appears to have all but left the acoustic guitar behind. The Indiana native has had a fairly troubled go of things throughout his career—cheating ex-wife, home burnt to the ground, auto collision with a couple of semis—so the emphatic title of the new record makes a lot of sense. But perhaps the most inspiring thing about it is how not-depressing it manages to be. There may be some bitterness nestled in the nostalgia, but there’s a lot of warmth, too, and even a feeling of triumph. Judging by Showalter’s demeanor onstage Monday night at Turner Hall, though, he’s not the type to let things get him down for long. In between the cathartic tunes, he radiated nothing but gratitude.

The show wasn’t exactly a homecoming situation, but Showalter’s ties to the Brew City clearly run deep. “Milwaukee was the first place I ever played where more than two people came to the show,” he said after a stirring performance of “HEAL.” It’s a great song on record, but the intensity skyrocketed with the visual of Showalter, his guitar dangling freely from his shoulder, painting the lyrics with his hands, exorcising demons in real time. He exuded the kind of unbridled emotion that makes all rock stars look like liars, as if hip posturing were a foreign concept. It would have almost seemed awkward if it hadn’t been so refreshing and viscerally moving.

It’s got to be increasingly difficult to look at Strand Of Oaks as a solo project as this tour rolls on. It took a couple of songs for the band to gel, particularly Eliza Hardy-Jones’ low-fi keyboard tones, but “Goshen ’97” brought everything together in a rush. If this song doesn’t go down as a bona fide classic nugget of rock and roll, there’s no justice in the world. Showalter may not be the next guitar hero, but when he did take the occasional solo, the meaty strumming of bassist Deven Craige removed any need for a rhythm guitar. The heavy, cascading pulse of “JM” was reminiscent of Led Zeppelin’s “No Quarter” as the band tore into a slightly extended jam, and the show’s two closing songs, “Wait For Love” and the “Mirage Year” encore, showcased a band at full power, practically arena-ready.

The biggest thrills for the Milwaukee crowd, however, may have been brought on by guest stars. Before playing “Sister Evangeline,” Showalter welcomed Ryan and Aaron Schleicher to the stage, and those trademark Juniper Tar harmonies fit snugly into the Strand Of Oaks sound, even if they may have been a tad under-rehearsed. The brothers joined in for “Diamond Drill” as well, then returned later in the set, dragging Field Report’s Christopher Porterfield with them for “Sterling,” the three of them dancing the backup-singer shuffle complete with hand-claps and intermittent vocal harmonies. Showalter looked on with delight at times, but he never lost focus while singing. A singer/songwriter with this kind of captivating raw talent ought to be difficult to keep under wraps; we just have to hope he never develops a showbiz mask. 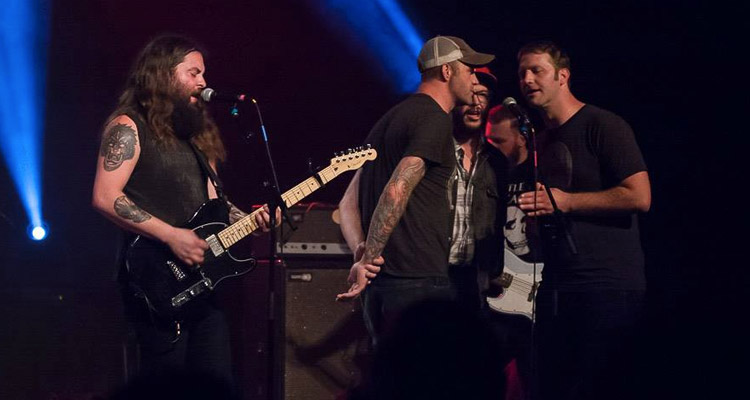