While a Milwaukee musician being part of an out-of-town act isn’t unheard of, it is something of a rarity. Recently, former Catacombz drummer Casey Marnocha became the latest local musician to get the distinction when he was offered a spot in Oozing Wound. Marnocha isn’t shy about saying he loves the Chicago thrash-metal hybrid, and he isn’t alone. Oozing Wound has been privy to favorable national press and just started a lengthy tour for its latest record, Whatever Forever (out October 14). Needless to say, it’s an exciting time to be the new guy in Oozing Wound.

Before Oozing Wound stops by Riverwest Public House on Thursday night, Milwaukee Record asked Marnocha how the opportunity to join came about, how the band handles the slightly inconvenient distance, and what he thinks it will be like to play a Milwaukee show as part of a touring band.

Milwaukee Record: Living in Milwaukee, it’s at least a little strange that you’re now a member of an active Chicago band. How did this opportunity come about?

Casey Marnocha: I popped into High Dive randomly one night to see Joey Turbo. He—or maybe it was Aaron Skufka, initially—mentioned that the Ooze was looking to somehow replace Kyle. He wanted to be a surfer or something. Catacombz had played a slew of shows with Zach and Kevin in Oozing Wound, Cawcaw, and Unmanned Ship, so I knew the dudes already and reached out to Zach to see what the scoop was. We set up a time to get together to jam out on specific tunes down in Chicago.

I listened to the songs, but never really set up time to physically rehearse them. I was completely out of drum-shape and flopped during that first session, basically cramping up about 30 seconds into “Bury Me With My Money” and feeling like I couldn’t play my kit. [It was] kind of like you’re in a dream and want to fight someone, but your arms just won’t move. I convinced the dudes to give it another go, slayed, and ultimately got the spot.

MR: When you were offered the spot, was the ever any apprehension as to whether you’d accept it? If so, what ultimately swayed you?

CM: I was working for an aerospace company out in New Berlin when I was trying out with the band. I had always wanted to start my own business and decided to go for it and put my two-week notice in on a Tuesday. Wednesday, I got the call from Zach about being their first choice, and Thursday I found out about a sweet office and studio space opening up in Bay View. Everything in the universe was just falling into place. The choice to join wasn’t hard. Kevin and Zach are awesome dudes with no shitty macho band shenanigans. They just like to jam, and so do I.

MR: How has it been so far? Is the distance manageable, and what are some ways Oozing Wound handles the whole dual city existence?

CM: Zach and Kevin have been super awesome about maintaining realistic expectations with the distance. Running Arête Audio, my business, allows me to set my schedule, so I get down there about once a week for rehearsals, and will occasionally stay the night to have another practice in the morning. I don’t mind the commute, though. I used to work a nine to five out in Hartland, and that drive home to Bay View was about the same as getting down to Chicago.

Whenever I start to feel like I’m traveling a lot, I remember doing that every day for work and it shuts my brain up. Honestly, I’m trying to convince them to become a Milwaukee band. Zach will have to get fired from the Empty Bottle before that ever happens. We’ll see if maybe I can facilitate that.

MR: I understand you didn’t play on Whatever Forever. Are you trying to uphold what the original drummer, Kyle, played? Or are you trying to add your personal stamp to the percussion?

CM: Any personal flare you may hear is due to my inability to replicate Kyle. Not only is he one of the best fucking drummers I’ve ever seen live, but he’s a southpaw, making the fills and physical drum logistics crazy for a normal dumb right-hander like me. My left hand is good at smacking a snare drum, but I don’t do any of that Terry Bozzio fancy stuff. My goal is to make the drums sound like they are on the records, which means play fast and hard.

MR: Do you think it’ll be strange to be on stage in Milwaukee at a place where Catacombz played its last show as a member of a so-called Chicago act? Or will knocking out an early show in your home city help?

CM: People have asked me which show I’m most excited for on this upcoming tour, and it’s by far the Milwaukee show at Riverwest Public House. I keep having dreams of seeing Catacombz members air drumming in the audience. The Cacatombz dudes are still my biggest musical inspiration. Previous to this tour, Oozing Wound played a trio of shows, the second of which was at a festival in Portugal. Having that experience with Zach and Kevin has solidified our set as the least stressful part of doing shows.

MR: You’ve mentioned your business a couple times. As coincidence would have it, our offices are just a few feet apart. What do you do at Arête Audio?

CM: I use my electrical engineering background to help out musicians and studios with repairs, custom electronics, and mods. I also do a fair amount of mastering and audio engineering work for bands. I’m working with a few other folks to develop a new product line. I love tube amplifiers, and do a lot of work on them. If anyone needs anything: repairs, mastering, or custom builds, hit me up.

Casey Marnocha will return to Milwaukee with Oozing Wound on Thursday, October 13 for a show at Riverwest Public House. Platinum Boys, The Christmas Bride, and Power Wagon will also play. The show starts at 8 p.m. and costs $7. 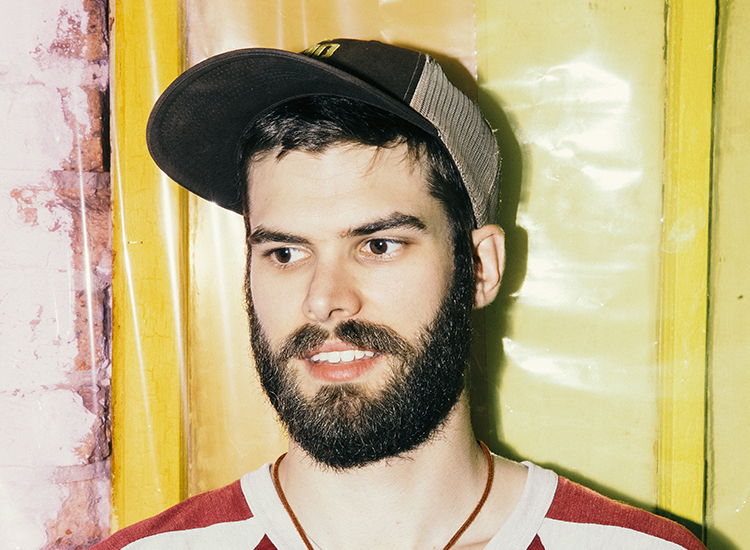