Over the last quarter century, Josh Berwanger‘s work has taken many different forms. After his time in accomplished early aughts emo outfit The Anniversary was through, the Kansas-based songwriter dabbled in alt-country with The Only Children, ventured in the direction of indie rock with his Berwanger project, and joined forces with members of The Get Up Kids and The Gadjits to form Radar State. Along the way, he even stepped completely away from music for seven years to coach girls high school basketball.

Most recently, Berwanger—the guy, not the band—has embarked on a “genre-blending” aural endeavor called Gemini Parks. The project, which put out its first and only single so far last month, is “on a mission to make you dance,” and that mission will make a scheduled stop right here in Milwaukee this Friday night when Gemini Parks makes its Cooperage Patio debut. Prior to the free show with Dauzat St. Marie on September 16, Milwaukee Record spoke with Berwanger about his indirect Milwaukee connections, what to expect from his latest project, and what’s to come.

Milwaukee Record: You’re not a Milwaukee musician and I don’t think you have any direct affiliation, but you seem to be one of these guys who’s like an adopted Milwaukeean. I think the fact that you’re a Midwesterner helps, but I see you as someone who has roots here.

Josh Berwanger: I met [Good Land Records founder and longtime Milwaukee drummer] Jonny [Phillip] when he was recording in Lawrence, Kansas. That’s where I live. He was making one of the Limbeck records. I was in a band called The Only Children and we were recording in Studio B and that’s kind of where we hit it off and just stayed in touch through the years.

I took some time off of music and coached girls high school basketball, and then when I was done with that after seven years, I started doing music again and I recorded the first Berwanger band album. I sent it to Jonny, who had Good Land Records, and he offered to help put it out. So that’s the tie with Milwaukee, and I have been friends with Scott Schoenbeck, so there’s that also. I love Milwaukee. It’s a great city.

MR: You’ll be back in Milwaukee this weekend, which will be your first show here with your new project. Would you like to get into what that is?


JB: Yeah, definitely! It’s called Gemini Parks. I started recording it a little over a year ago in Norman, Oklahoma and I just went back and forth from here to there a little at a time over the year and just chipped away at it. I was just going to do singles and go back and record, but with everything happening with the pandemic and stuff, I decided I was going to make a record and then I’d release them as singles for a few months, then release the record sometime next year.

A few people were like, “What’s it sound like?” It’s very genre-blending. One of the guys I’m working with on the artwork for the album called it “psychedelic funk rock.” Then someone wrote about the first single and called it “sleazy punk pop.”

MR: Yeah, I can hear a little funk in there. And there’s a little bit of punk or garage tinges as well. At least in the one song I heard, “Up All Night.” And there’s maybe even a dash of Beck in it too.

JB: A few people have compared it to Gorillaz and Beck. There’s a lot of different elements. It somewhat plays like a playlist when you hear the full album front to back, which is intentional. A lot of people are now listening to playlists more than they’re listening to full albums, it seems.

MR: You mentioned you used to release music under your own name. Is there a reason you didn’t release any of this under that already-existing umbrella? Did you think it would alienate Berwanger’s existing audience or did you just want a fresh start?

JB: Really, it was both of those things. I wanted a fresh start. I think Berwanger Band had kind of plateaued and it was getting a little stale for me. That’s why I also went on to a different sound. I just wanted a fresh start while I’m still semi-not 100 percent old and to just go for it. A lot of it has just been DIY. Other than Jarod [Evans], who produced the songs, I’ve been doing basically everything by myself. It’s really refreshing and it feels good when you accomplish something. And this is the first time in my entire musical career without a label and it’s cool. Eventually, if someone wants to dig in and help, they can.

I’ve thought so much on this project, how want to approach it, what I want to do, and what the goals are. In the past, with the Berwanger project—and even The Only Children stuff, which was after The Anniversary—I was always reaching out to people and I would find that the labels that were interested in putting things out really liked The Anniversary, but I haven’t made any music like The Anniversary since The Anniversary. Besides Good Land, it would be emo and pop-punk labels—which were cool and I totally appreciate everyone’s help—but when you put out an Only Children record on a pop-punk label, their fans don’t like it. With [Gemini Parks], I want someone to come to us because they’re a fan and they want to work with it. That’s my stance for what I want with this.

MR: I know you’ve had a few shows recently with the project. One was with The Get Up Kids. How did that go?

JB: That was cool. It was called Lemonade Park and it was a band and brewery fest in Kansas City. It was a good time and it’s good to get the early shows out of the way, in a sense. It was only our third show. For me, it’s everything in the circle on stage. If people are having a great time, that’s excellent, but I’m concerned with what we’re doing and that’s all that really matters.

MR: So you’re doing a Riot Fest pre-show, Friday’s show outside The Cooperage, and you have a few other Midwestern shows lined up. Other than that stuff and the monthly single releases, what does the near future hold?

JB: Just to continue to build and play shows. It’s hard to go out and tour and you have one song that’s digitally streaming. People don’t know what to expect, which I like, but I also don’t want to book out-of-town shows for just the purpose of booking out-of-town shows. I’ve done that before. There’s needs to be a goal oriented with all of that. So we’re not going to be doing a ton of shows until the record comes out, which will be sometime around the end of February or beginning of March of next year, then we plan to hit the road. 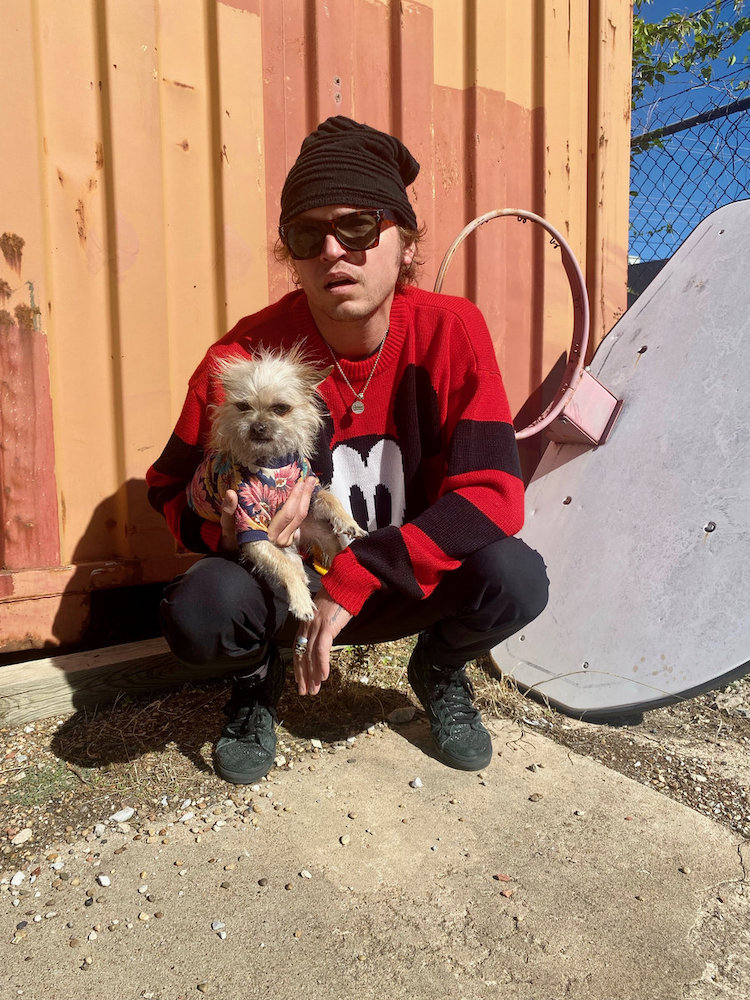