For musical artists to stay sane in COVID-19 times, it’s been easy to rock at home, but hard—if not impossible—to safely get out there and put on a killer show. Months have have turned into more than a year of quarantining, and by now, it must be maddening for the extroverts in bands who’ve got that artistic itch to scratch. Hell, even the introverts have had their fill of this.

There is hope for brighter days to enjoy dark metal, though. During this global pandemic, the four members of Milwaukee band Emissary wrote and recorded material for their third album from their respective homes. They shared ideas and workshopped with a common goal—not in-person, but still together. Countless hours of exploring sounds and grinding through the creative process have led to the completion of Cerulean. Through Spotify, the group plans to trickle out a few songs in the buildup to the release of the full album in June.

We spoke with guitarist and vocalist Scott Lashay—the emissary to Emissary, as it were—and got his take on gelling with a group, making some noise in home studios, and how it feels for songwriters when fans dig oh-so-deep into their lyrics.

Milwaukee Record: How long have you guys been playing together? What are the shared inspirations that helped make it exciting to be a part of Emissary?

Scott Lashay: The current lineup has been together since mid-2019. However, Owen—bass and vocals—and I have been in multiple bands together over the last 15 years or so. Guitarist Chris Christen and drummer Jake Cohen complete the quartet. We all are just excited to play together in general. We become more and more present as we work together. As we continue to operate that way, we think less about the music that inspired us individually and it just gets more intuitive. 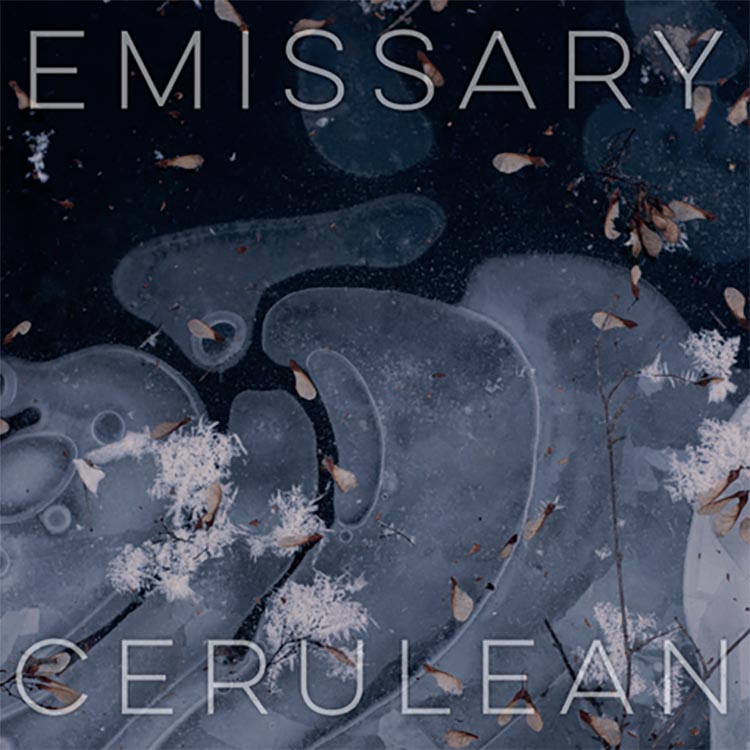 MR: Three releases deep, what do you see as the signs of evolution in Cerulean?

SL: The new album is really a documentation of where we are at right now. Not just with songwriting, but with the whole recording process. We did two pre-production demos of the album ourselves, and with the help of our great friend Dylan Patterson, audio engineer and owner of Chicago-based Emperor Guitar Cabinets, we recorded and mixed most of the album in our own studios. That was a lot of work. We learned a lot, too. We pushed ourselves pretty hard on this one, and I think we’re coming out of it with a better understanding of each other, not only as players, but as people.

MR: There’s a depth of vocab in your lyrics and even in your band’s name, plus an angry howl that hits hard. Adding those two things up, is there something about having to suffer fools in life that factors into your sound?

SL: I don’t know about that. I don’t expect us to be understood and I take no issue with that. We’ll be doing this either way. There is catharsis in the music, a sort of therapy. Extreme volume and distortion aren’t for everyone, but they’ve worked wonders for us.

MR: Listeners may also get a sense of focus and purpose, like being on a quest. If that’s fair to say, how does playing in this group fulfill that quest?

SL: That’s really cool to hear! We’re still able to play music together and it’s safe to say that alone is very fulfilling for us. Being in bands is a natural thing for me and I’ve been doing it for so long at this point that it’s essentially a ritual. The act of just doing it fulfills the quest, as it were.

MR: During COVID, how much have you missed live music? Are there other Milwaukee bands whose shows you’ve sorely been missing? What is the energy going to be like when Emissary finally gets to play for crowds again?

SL: We were set to play a pre-show for the OM and Wovenhand tour and that happened to be one of the first canceled shows in Milwaukee. It was a sold-out show, not because of us, but it was going to be a cool opportunity regardless. Then everything escalated so quickly that live music became the last thing on my mind. I don’t know what to expect for Emissary shows. It’s exciting to think about, but we are more than patient enough to wait for it to be safe. We’re really looking forward to reconnecting with our friends within the great local bands: Cryptual, Scathed, Population Control, Northless, Steel Iron, High Gallows, Collections Of Colonies Of Bees, Nicholas Elert, Hot Coffin, Dead is Dead, Slow Walker. We could go on and on.

Singles from Cerulean begin streaming on Spotify on May 28. The album is set for release on June 25. Lead single “The Opportunist” awaits to melt your face on Bandcamp now!