It’s all come down to this. Following a month-long competition that found 32 Badger State food brands facing one another in four heated rounds of voting, our Wisconsin Snack Bracket field has dwindled to just two remaining items. Over the course of the tournament, more than 185,000 total votes were cast. There was some smack talk, lots of campaigning for votes, and a ton of upsets. Now that the dust has settled, we’re now left with a Final Round matchup very few could have envisioned at the beginning of the competition: Spats Sauce vs. Lush Popcorn.

Both of these 8-seeded snacks came to play and, quite simply, wanted it more than the rest of their foes…many of whom were more established, had wider availability, and had way bigger followings. Spats Sauce found the Fox Cities (and others who’ve sampled the creamy horseradish sauce) rallying behind it to help push it past two cheese spreads, a beloved mustard, and some of Milwaukee’s favorite cookies. Meanwhile, Milwaukee-based Lush Popcorn bested a crosstown tortilla chip, its spring roll-slinging Sherman Phoenix counterpart, an iconic marinated herring brand, and a well-liked Cream City cocktail weenie to earn its place in the Final Round.

Unlike previous rounds, which lasted a full week, the winner of the Final Round will be decided after a one-day Snack Off. Voting started March 1 (that’s today!) and will end at 11:59 p.m. CST. As always, we encourage you to vote as many times as you’d like. The Final Round of Milwaukee Record’s Wisconsin Snack Bracket (and a JPG of the bracket itself to this point) can be found below! 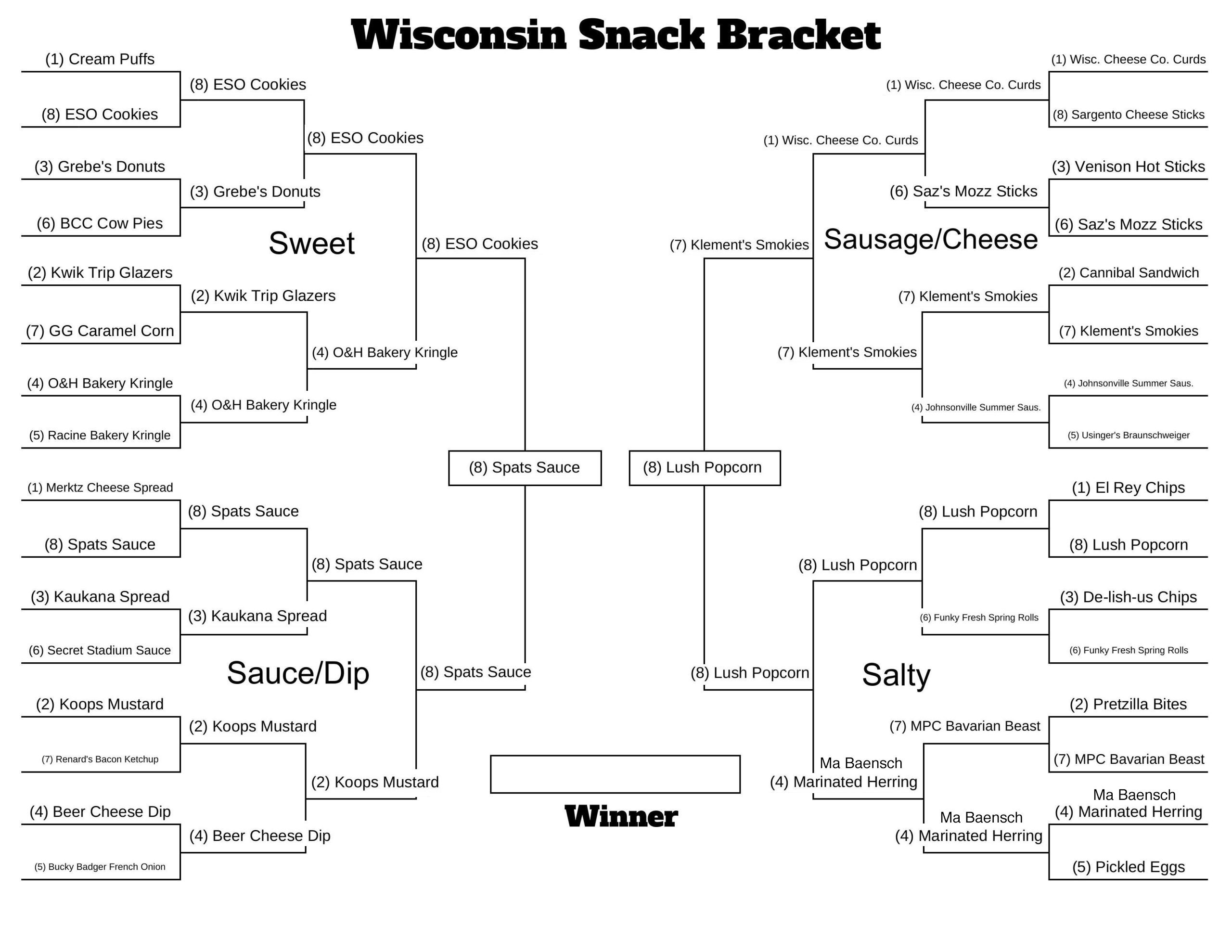