In 2014, Todd and Jody Herbert had a conversation with their youngest daughter’s best friend about a club she was helping start at her high school. The club was for girls who shared an interest in math and science with the idea of being able to interact with successful women in math or science. Finding professionals was proving difficult. Todd, who had worked in the corporate world for nearly 30 years, offered to help. However, he found he was coming up short as well. Concerned that his network was lacking in STEM professional women he said, “If my daughter and her friends were going to have a chance to succeed, they needed a network.” Thus began Todd and Jody’s effort to create the Engaging Girls in STEM (EgGS) Initiative, a local nonprofit aimed at helping high school girls succeed in pursuing STEM careers.


Five or six high school girls sit quietly at a table, their eyes nervously darting around the room or staring downwards at their hands. Also at the table, a wildlife biologist prods the girls with questions of her own. “What kind of career are you interested in pursuing?” or “Have you thought about the challenges you might face as a woman in STEM?” The girls slowly warm to the questions, and soon begin to ask several of their own. This is the scene at one of the EgGS Prep-Pro (Preparing to be a Professional) workshops, where several such tables of high school girls learn from professional women in STEM careers how they might approach their own trajectory towards their own career in a STEM field. 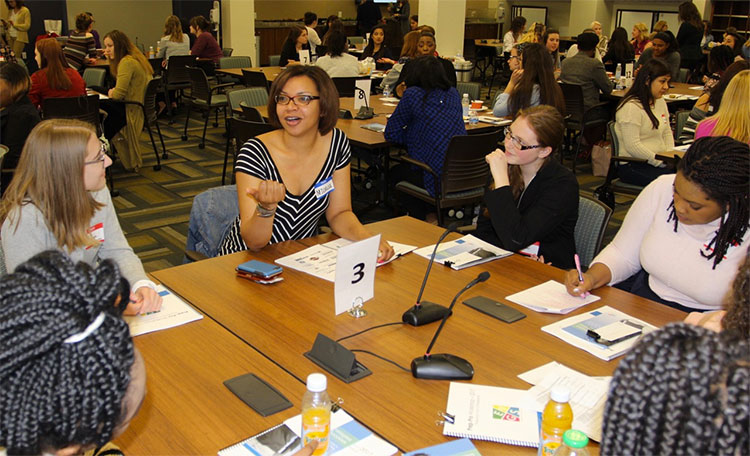 Michelle Waite of Harley Davidson, who was one of 22 STEM professional women who served as role models for students at a recent workshop, offers words of wisdom to the students.

There is no denying that women are historically underrepresented in STEM professions, despite evidence to suggest that girls have a healthy interest in STEM subjects in school. The EgGS initiative takes aim at this issue by introducing high school girls to successful role models and professional women in STEM, giving these high schoolers an opportunity to network, ask questions, and learn about what it might be like to pursue a STEM career. The philosophy underlying the EgGS Initiative is straightforward: if you are considering a career in STEM, it will be an easier decision if you have the chance to sit across the table from someone who is succeeding as a STEM professional, and who is willing to share insights on how to ensure your own success.

The EgGS Initiative’s initial workshop hosted nearly 50 girls from six area high schools. Today it offers two workshops a year, with over one hundred girls attending each session. Girls and their teachers travel from all over southeastern Wisconsin to take part. Workshops are held at corporate settings to help encourage the girls to begin thinking like a professional. 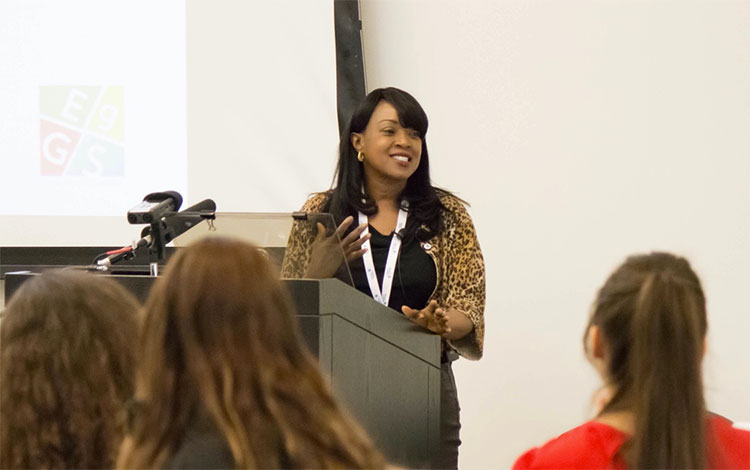 Arranging a workshop is no small task. High schools must be contacted, teachers must be encouraged to involve their students, professionals must be recruited, workbooks must be created, and tables must be thoughtfully arranged so that the girls must interact with other girls they haven’t met before. The concept is to have them practice networking, which will prove to be a valuable and necessary skill throughout their careers.

Another key component to the success of the workshops is the volunteer participation of role models, professional women who have demonstrable success in their STEM careers. The group of volunteers is diverse, giving the girls an opportunity to interact with engineers, neuroscientists, geologists, computer scientists, and more. Several role models have been with EgGS since the very first workshop, which is a true testament to the value of the work this organization is doing.

At first the Herberts just wanted to see if their idea would be of interest to both students and professionals. Could they put together a useful workshop for girls interested in STEM careers and encourage busy professionals to take time to share professional experiences? As the years have progressed, it has become clear that the EgGS Initiative is filling a critical need in the community. There’s no doubt that girls benefit from interacting with role models who show them that they can indeed achieve their career goals—and the positive feedback that Todd and Jody have received from girls who have participated is gratifying.

Every year since its beginning, the EgGS Initiative has succeeded in encouraging young women to follow their dreams. Now they’re thinking about what lies ahead. Todd says that he would like to develop more follow-up content for the girls, and provide them with resources to move forward with their professional development after the workshop. In addition, given encouragement from many teachers, there may be the possibility of including younger girls. Right now, the workshop is designed for high school girls, but there is clear value in engaging girls at the middle school level. Helping girls appreciate that they can succeed in a STEM profession is a message that the Herberts know should be heard by all girls throughout their educational experience.

To learn more about the EgGS Initiative, visit the program’s website here or check out their Facebook page.