For people who move to a new city, Meetup is one of the best resources imaginable. By merely entering your zip code, you can find all sorts of groups that welcome newbies. Whether you’re an avid reader, a foodie, a gamer, or self-proclaimed nerd, you can find dozens and dozens of opportunities to get out and meet new people.

However, Meetup isn’t just for people new to the area. Nope! This website has more than 30 million members in 182 countries. You can find groups for dancing, working out, hiking, cooking, or knitting; you name it, and the group probably exists. And if one doesn’t, you can easily create one in about five minutes.

While there are a few hundred groups in the Milwaukee area, we wanted to feature 17 quirky standouts. Take a look. Be a joiner. You just might find you like trying something new.

Cream City Cribbagers
Cribbage could definitely go on the list of “that’s so Wisconsin.” If you’ve ever been curious about this card game played on a wooden board, you betcha this group will welcome you. They play at least a couple times a month.

Milwaukee VR
If you’re usually ahead of the trend, then this virtual reality group is for you. Members describe themselves as “VR enthusiasts looking to enlighten both gamers and technologists about the future of VR.” Check out this group and you’ll get invited to exclusive demos and events.

Naked Yoga Milwaukee
If you’re going to giggle throughout class, then don’t sign up. But otherwise, strip down and join in with this group that meets twice a week. Their group description says they “practice nude asana with a supportive accepting group of people.” It’s for all levels, and you should bring your own mat.

Milwaukee Skeeball League
Move over, bowling and dart leagues. This is a Skeeball league with weekly head-to-head competitions, playoffs, and even a championship. They welcome skee puns and all skill levels.

Dabble in Scrabble
Once upon a time, before Words With Friends took over the app gaming world, there was this eerily similar game called Scrabble. If you like to spell out your words the old-school way, then check out this group. They play all over town about once a week.

Milwaukee Adult Coloring
If you think the term “adult coloring” is a euphemism for something else, then this is not the group for you. This is a group of people “that love to express themselves through art.” Some coloring parties are themed—like Disney or Prince—but many are general, too.

Shut Up And Write
Have you always talked about that book you want to write, but you just can’t seem to find the time? This chapter is part of a national Shut Up & Write group. Plan to do more writing than talking or listening. They do an introduction, and then everyone writes for an hour. 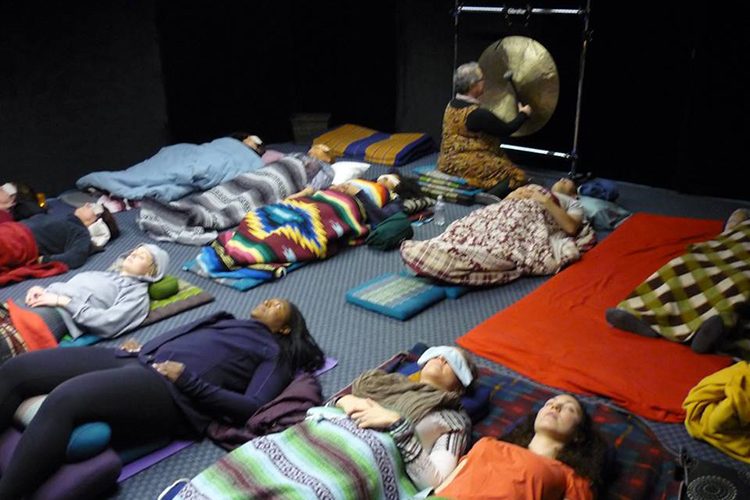 Milwaukee Gong Bath Community
“No need to do. Just need to be. Come be!” This group uses the gong as a therapy tool, mixing sound and meditation. If you’re already a pro when it comes to meditation and are looking for another way to experience it, this might be just the thing you’re looking for.

Half-Ass Book Club
Don’t worry about finishing the book or watching the movie first—this group will still welcome you. With more than 700 members and regular meetups, you’ll always have an opportunity to pick up a book and join in on the discussion…or not. Perhaps you just want to bring the book and drink? No worries. They seem to be okay with that, too.

Loops n’ Hooch
There are several meetup groups for knitting, crocheting, and such, but if you want to drink while you’re at it, then you’ll want to join Loops n’ Hooch. They’ve been around since 2011, and there are more than 300 loopers overall.

Learn Your ABCs (the adult version)
This is the kind of meetup you want to check out just out of morbid curiosity. Here’s how it works: they call this an adult version of the alphabet game—they visit a different bar or restaurant each month with a letter of the alphabet. (Yes, they do go in order.) They have several events planned for the future, so check them out.

Dating For Nerds
“Single and ready to mingle?” This group is nearly 2,000 nerds strong! You play several rounds of games, meeting fellow singles along the way. They claim it’s like speed dating, but a lot more fun and relaxed. They don’t have any events planned right now, but maybe it’s time to give them a nudge to plan more.

What Would Jesus Brew?
This is a beer and bible study group. The group description reads: “It is especially for those of you who consider yourselves to be unconventional regarding your faith and spiritual life.” Don’t try to show up without a bible. 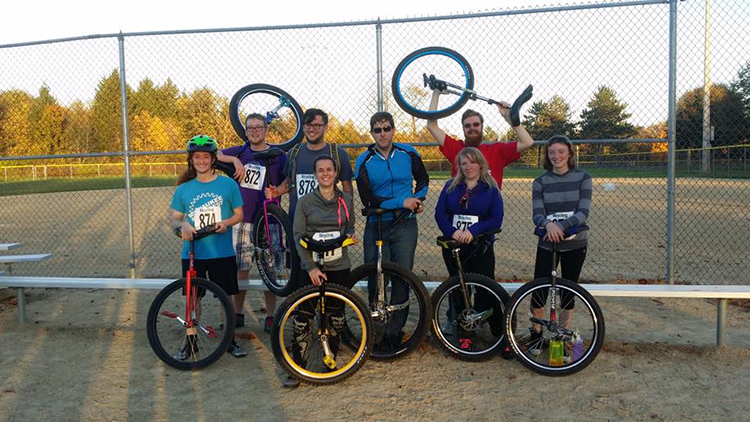 MKE Unicyclists
A whole meetup group dedicated to unicyclists? You better believe it. They ride every week downtown at Red Arrow Park. They even have unicycles available to teach people. Just show up and be willing to try something new.

Lake Michigan Open Water Swimmers
Thought you were the only one who likes to swim in Lake Michigan? You’re not. Join more than 70 others for Great Lakes swimming. They welcome kayakers as well.

RAW Milwaukee
You don’t just have to live a raw lifestyle to be in this group. You can also be a flexigarian, locavore, omnivore, vegetarian, vegan, and carnivore. This group claims to be a group of foodies with a passion for living food. They have regular events on topics that range from raw food to essential oils.

Drone User Group
The group description says it’s also a “chance for us to stand around with cool sunglasses, big watches, and talk while we swoosh our hands through the air.” They follow FAA rules and regulations, and they meet at least every month.