For a period of eight years, Burnhearts Mitten Fest offered a one-day escape from the seasonal doldrums that plague Wisconsinites in wintertime. The February festival brought people together in a two-block stretch on Bay View’s Potter Avenue (and part of Logan in recent years) with a wintry mix of live music, food, beverages, and charity. The event did not take place in 2021 for obvious reasons. However, Mitten Fest will make its triumphant return in 2022, with an installment scheduled to take place on Saturday, February 12.

Though the event has quickly become Milwaukee’s favorite winter celebration, some of you might not know much about Mitten Fest. Others have surely attended, but might not be aware of what to expect from the first installment since the beginning of the pandemic. Fear not, citizen. Milwaukee Record—an official Mitten Fest media sponsor—has assembled a guide of everything you need to know about Burnhearts Mitten Fest 2022.

Where can I escape the cold?
With the word “Mitten” being in the name and all, you should prepare for cold conditions. Dress appropriately. Temps are going to be below freeing. There will be a few propane heaters scattered around, but that’s about it. If you need to thaw out, Burnhearts will be open, but know some policies have changed since the last Mitten Fest.

“We will have the inside of Burnhearts open to the public, but we are requesting proof of vaccination and requiring masks while ordering and moving around. Please respect the health and safety of our staff.” Burnhearts owner and Mitten Fest organizer William Seidel tells Milwaukee Record. “Remember that our whole neighborhood will be open and waiting for friendly Mitten Festers—so if we are at capacity, please visit one of our neighborhood bars or restaurants.”

Who’s playing again?
As always, Mitten Fest organizers brought in something for almost everyone. Whether you time your visit to catch your favorite act or you stay all day and let the eclectic musical mix serve as your celebratory soundtrack, you’re going to leave happy. Here’s the lineup and set times:

And as usual, local treasure Chris Schulist will DJ between acts.

What am I drinking?
As if the stacked cast of musicians isn’t enticing enough, Burnhearts will serve “insanely rare and limited-run” beers from Central Waters Brewery and Bell’s Brewery. If beer isn’t your thing, Mitten Fest will also have an array of other alcoholic options, including Burnhearts’ famous Brandyland Old Fashioned made with Bittercube bitters, as well as their classic Brandyland Ginger Hot Toddy, Valentine Coffee (also available spiked with regular, cinnamon or peanut butter whiskey), and a new “Tito’s Mitten Palmer” cocktail that’s a Rishi Chai-infused Tito’s Handmade Vodka lemonade. 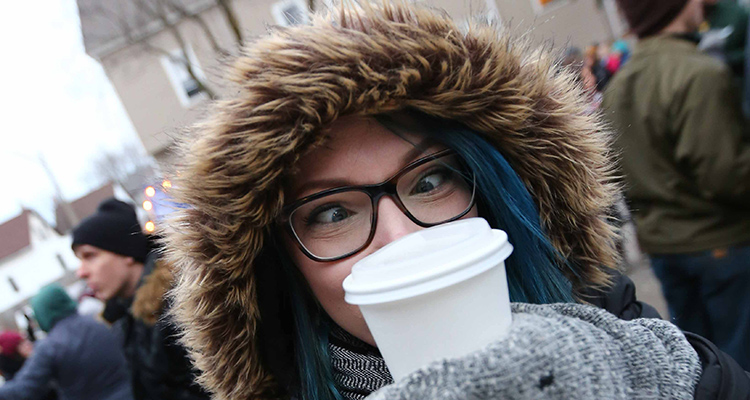 And for the first time ever, Mitten Fest will do its part to address long beer lines by debuting a “Cracking Can Cart”—a strolling cooler that sells cans of Central Waters and Bell’s beer, Down East Cider, Central Waters hard seltzers, and Liquid Death mountain water.

“We are hoping this will help minimize the long lines,” Seidel tells Milwaukee Record. “Or at least help keep it tolerable so you have something to sip on while you wait in line.” 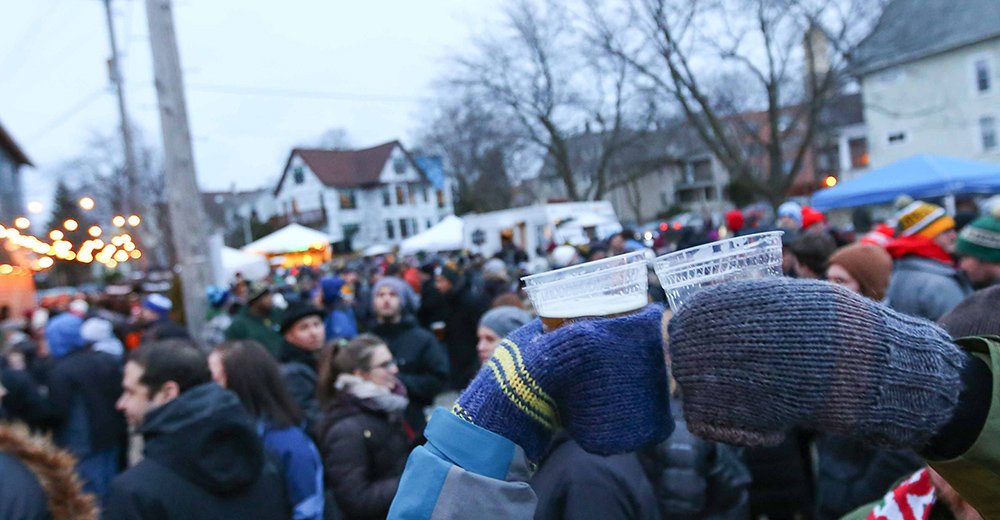 But carry-ins are allowed, right?
Nope! If you bring in your own booze, not only would you be risking a fine, you’d also be threatening the continuation of Mitten Fest itself. As dramatic as it sounds, it could take as little as a few empty cans on someone’s lawn to risk casting this overwhelmingly positive event in a negative light. C’mon, people! There’s a bunch of great (and rare!) craft beer on hand, brandy cocktails, and 10 bars within walking distance. And after everything that bars and their staffs have been through these past two years, the least you can do is buy some beverages and leave a tip.

Will there be anything to eat?
Yep! Iron Grate, Hue, Riley’s Good Dogs, Tots On The Street, and Roll MKE will sell food and non-alcoholic beverages. Otherwise, if you wish to break away for a bite, Vanguard is a short walk away, as are Hi-Fi, Honeypie, Crafty Cow, Hungry Sumo Sushi Bar, and a number of other excellent restaurants. 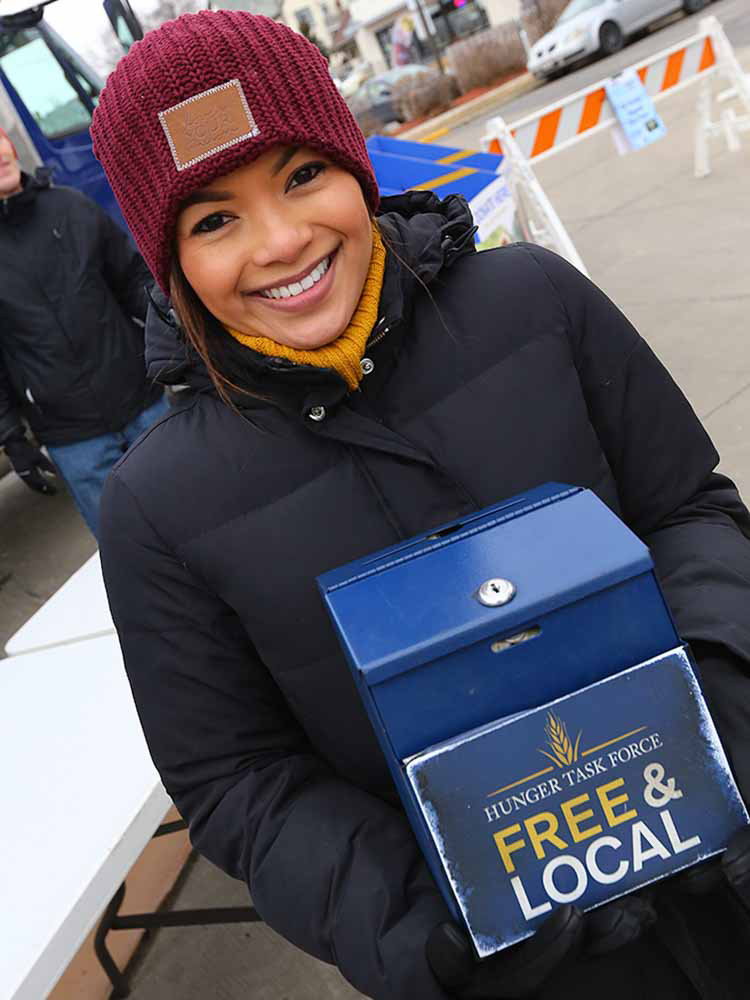 How does this benefit charity again?
Beyond being a means of celebration and cause for local businesses to have a major single-day boom during a typically slow season, there’s also a beneficial bent to Mitten Fest. Previous installments have brought in considerable donations to Hunger Task Force. Unlike previous years, Hunger Task Force will NOT BE ACCEPTING PHYSICAL DONATION OF FOOD OR CLOTHING. Cash and credit cards will still be accepted on-site. Otherwise, you can donate to a “virtual food drive” prior to Mitten Fest or at the event itself by scanning a QR code that will be present on Burnhearts signage. In addition to Hunger Task Force’s involvement, Compost Crusader will also be on site to help limit waste.

Now that you know everything you need to about Mitten Fest’s return, you should be ready to bundle up, get off the internet, and go outside for a few hours on February 12. We’ll see you there, Milwaukee! 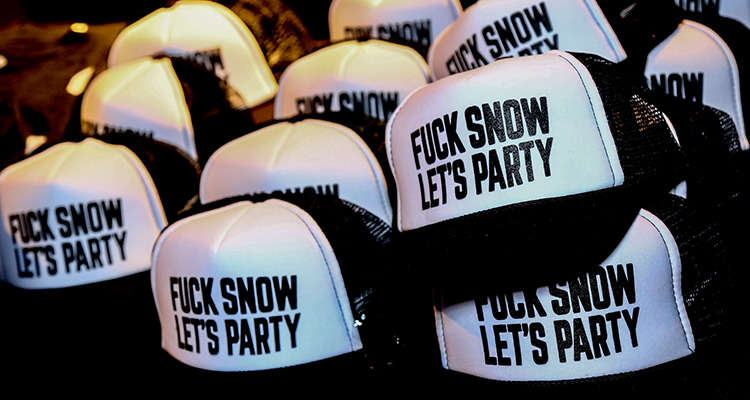