Anyone who has been in a toxic relationship—or even just stuck with a bad roommate—knows that it doesn’t take rivers of fire or swarms of grinning demons to make you feel damned. No Exit, the classic existentialist play opening this week at Off The Wall Theater, takes a deep look at the afterlife to graphically demonstrate its famous tag line: “Hell is other people.” Playwright and thinker Jean-Paul Sartre was a guru to the beat generation, and you can find roots of today’s identity politics in his emphasis on non-conformism and personal authenticity. No Exit shows that he could pen a wicked social satire just as easily as a philosophical doorstop like Being And Nothingness.

At first, damnation doesn’t seem that bad. When the freshly deceased Garcin is ushered to his room in perdition, it’s tidy and notably pitchfork-free. The valet is polite (even if he has no eyelids; there is no blinking in hell). But when he meets the people he’ll be sharing eternity with— a narcissistic young woman and an unabashedly sadistic lesbian—things go downhill faster than a runaway mining cart. Did we mention that there’s no food or entertainment in the room, but there is a sharp knife? Of course there are no good guys and no happy ending—how could there be? But if you get kicks watching three people slowly and surgically ripping each other’s souls apart, the show has plenty of nasty fun. 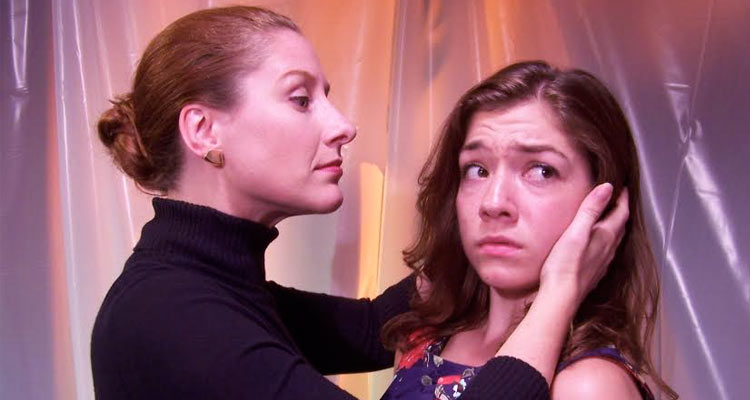 “The play has a very modern feel to it, very experimental” says director Dale Gutzman, “even though it was written before 1945. There’s feeling with wit and horror at the same time. The comic parts are very dark and cynical.” Gutzman has been staging edgy, idea-packed theater in his storefront space for more than a decade, and in 2015 the Milwaukee Arts Board named him Artist of the Year. He describes No Exit as “a well-constructed thriller, as the people try to break down the facades to learn the truth about each other.”

The show features local actors Alicia Rice and Zoe Schwartz, along with Off The Wall regular Patrick McCann in his last role before he leaves for England to study at the prestigious Bristol Old Vic acting school. For a little visual flair, Gutzman is surrounding audience and actors together in translucent walls, behind which lights and shadows play out scenes from the world of the living. 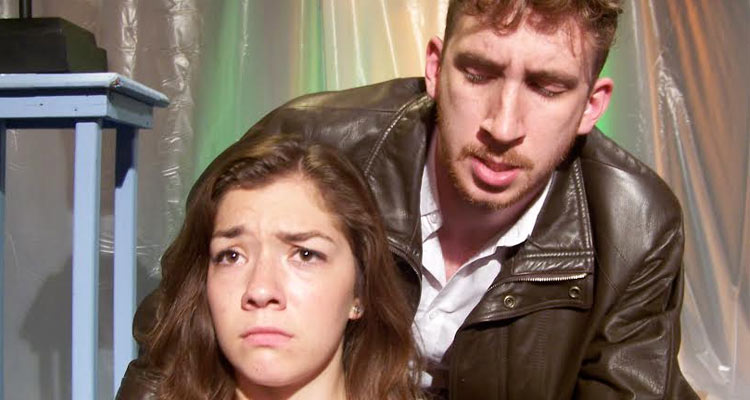 Despite the play’s afterlife setting, Sartre was far from religious. As one of the founders of existentialism, he taught that we are “condemned to freedom”: we have to make our own meaning out of life. Or we can settle for the meanings society creates for us, a form of self-deception Sartre called “bad faith.” As No Exit progresses, we see how each of the damned souls has been hiding the awful truth from each other and themselves. Another of Sartre’s ideas is that we are always uncomfortable in the presence of another, because they see us as just a thing rather than as a person—which perfectly sums up this vicious little play (and must have made Sartre a fun guy at parties). Luckily for us, and unlike the unhappy characters of the play (in the immortal words of Robert Plant), there’s still time to change the road we’re on.

No Exit has been a key text for counterculture types from Marxists to punks. You can find its creepy psychological tone in the early Twilight Zone series. It’s been parodied on Family Guy, and might have possibly even influenced Seinfeld. So whether you’re hankering to experience a cultural touchstone from a respected company, an anatomy lesson in human folly, or just looking for a good dose of shadenfreude, put on a black turtleneck, get a pack of Gitanes, and slouch on down to Wells St. to check it out.