Over the course of Milwaukee Record‘s existence, we’ve spoken to Erik Stenglein for two drastically different reasons. Most often, we’ve focused on his body of work as the singer, guitarist, and founding member of Northless. However, in addition to fronting an internationally regarded Milwaukee sludge metal band, Stenglein is also an avid collector of “dead media” like VHS, Beta, LaserDisc, and even a small batch of CED (Capacitive Electronic Disks). Last time we checked, his staggering menagerie of (primarily horror) movies was creeping towards 3,000 titles!

This month, both of Stenglein’s passions will have a chance to shine. From 11 a.m. to 3 p.m. on Saturday, September 17, some of that collection of films will be available for purchase during his Catacombs Dead Media Garage Sale (at 2217 N. 103rd Street in Wauwatosa). Then on Saturday, September 24, Northless will play a belated album release show for its great new record, A Path Beyond Grief, at X-Ray Arcade. Given his involvement in a pair of different-but-equally-intriguing events taking place on consecutive weekends, we figured we’d merge his two loves together by asking Stenglein to pair all seven of Northless’ new songs with films in his extensive VHS collection and tell us why they work well together. He did not disappoint! 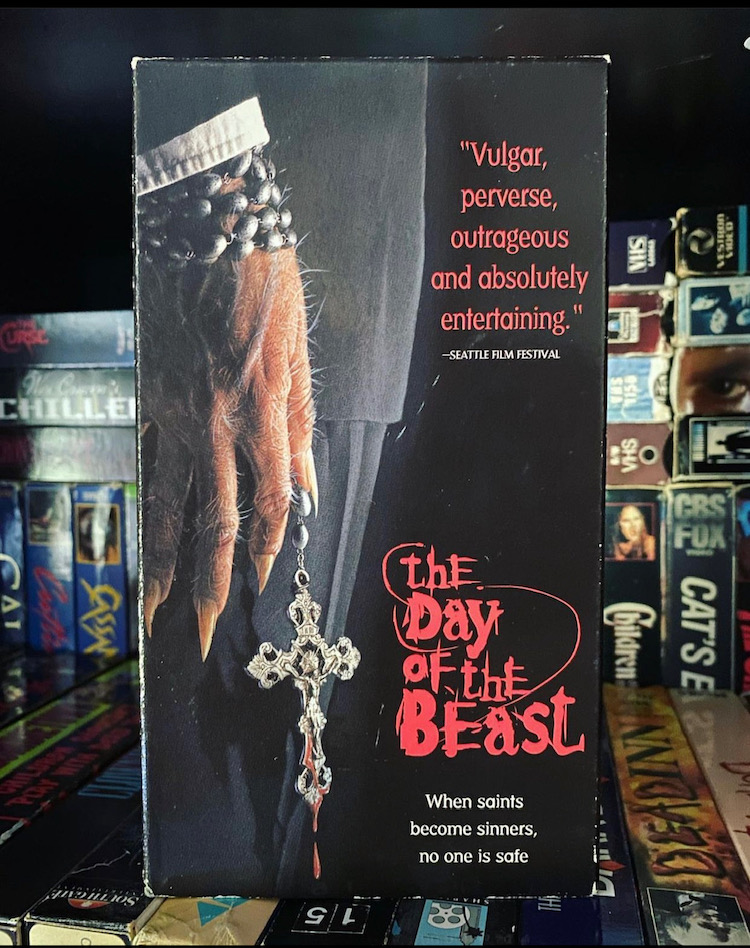 “Nihil Sanctum Vitae” pairs well with: Day Of The Beast (1995)
“This is the intro to the record. It’s in Latin, which is like the most Satanic language ever, right? Well, maybe you should watch this Spanish/Italian Satanic comedy about a priest who loves Satan, and a metalhead who try to stop the birth of the Antichrist. It will give you those Satanic vibes that you probably dig because you’re definitely a sinner who loves heavy music if you’re reading this.” 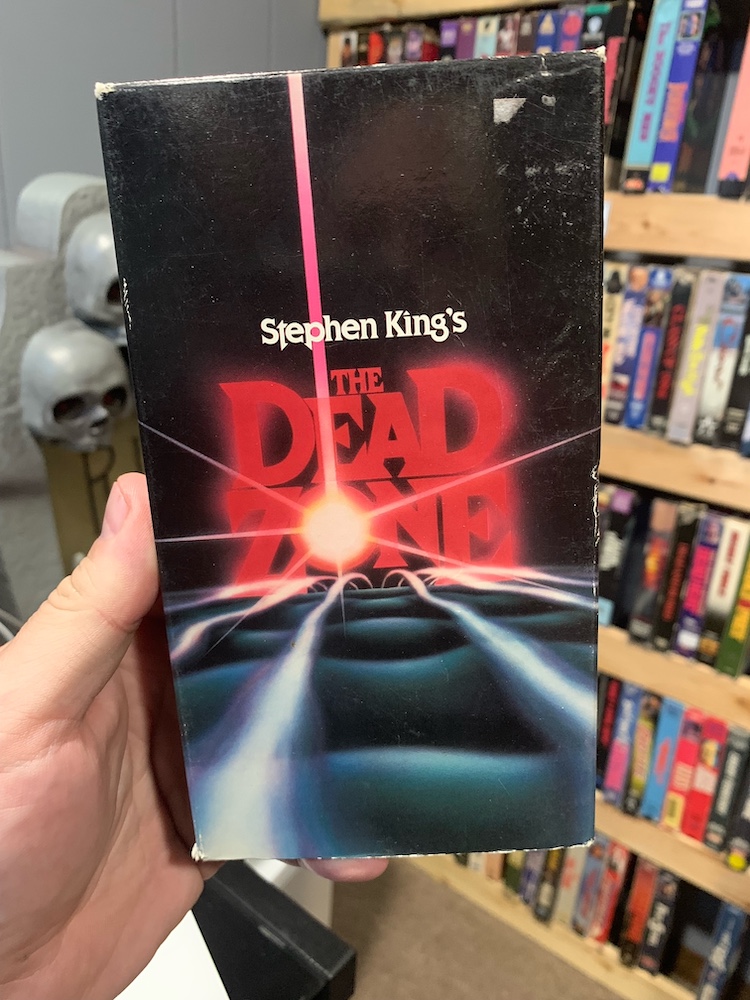 “A Path Beyond Grief” pairs well with: The Dead Zone (1983)
“So the saddest song I ever wrote, which is about survivor guilt—an insanely sad topic, is a good match with one of the saddest movies ever. Cronenberg has made some masterfully odd stuff, but with this flick, he went straight for the feels and made a captivating film about a guy who has an accident, ends up in a coma, and then comes out of said coma with the ability to see the future of anyone he comes into physical contact with. As you can imagine, he experiences some fucked up shit that is super dark and depressing, a lot like this song. Both the song and this film are grim tales of people being overwhelmed by misery, so experience both for max sad boy vibes.” 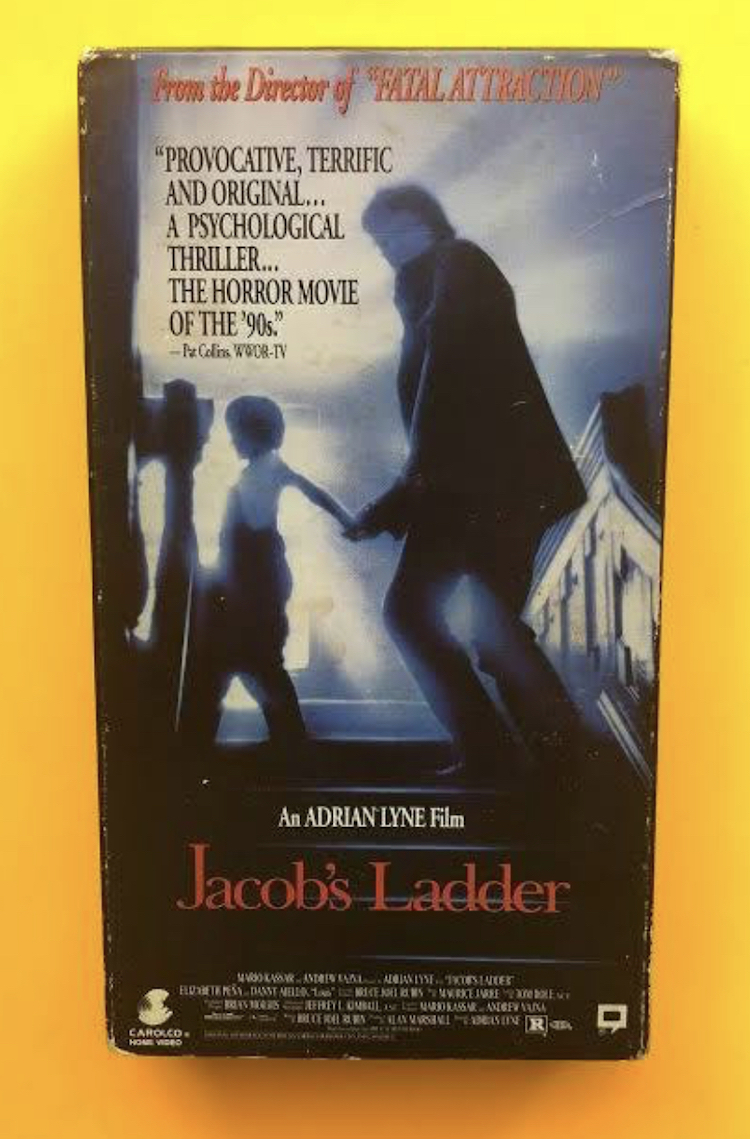 “Forbidden World Of Light” pairs well with: Jacob’s Ladder (1990)
“Alright, so this is probably the most psychedelic song on the new record, and has some dreamy and drugged-out (sidebar: I have been sXe since I was a teenager) parts throughout it, which is fairly uncharacteristic of the ‘usual’ Northless sound. The song is basically about being damned since birth. Marked, if you will. The ‘forbidden world of light’ is the heaven that I—or whomever the song is about—will never see. So you wanna watch a fuckin’ surreal flick about one man’s hell? This is it. Jacob’s Ladder is a tough fucking watch. Depressing, bleak, and odd…much like this tune.” 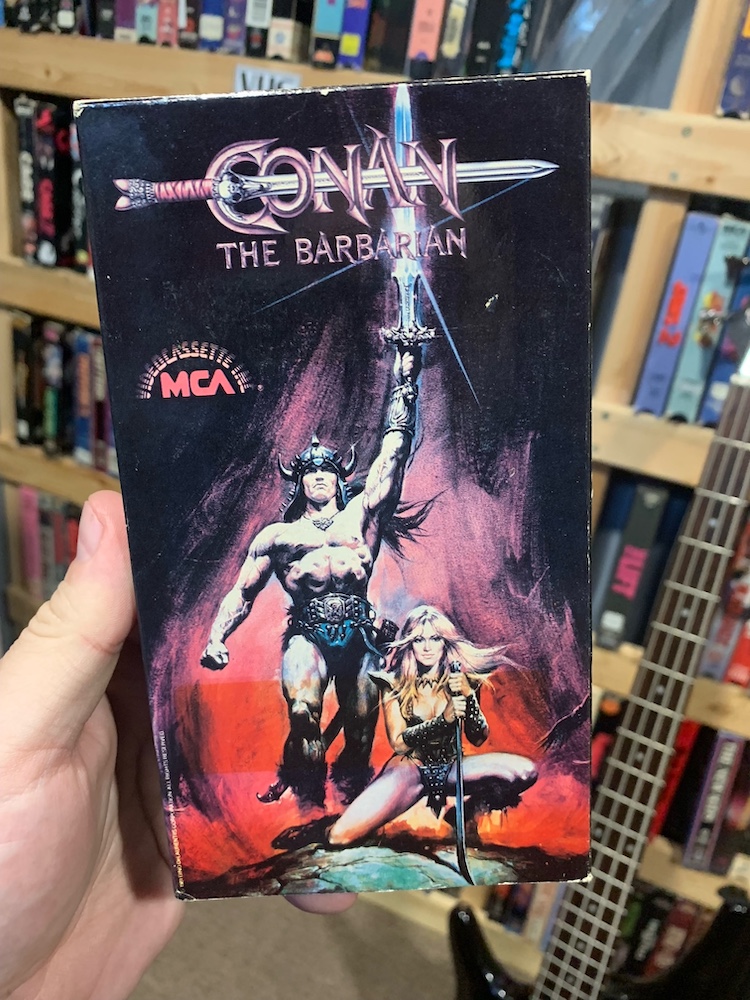 “Carried” pairs well with: Conan The Barbarian (1982)
“Another fuckin’ sad flick, kinda. *spoilers* Conan watches his father get murdered by Thulsa Doom and his thugs as a child, and he carries (see what I did there?) that memory and the rage he feels all the way into his adulthood, when he seeks revenge. The song is literally about carrying the memory of difficult experiences and those associated feelings throughout your life. So, seems pretty fitting. Basically, you should be watching the Arnie Conan flicks. They’re among the best campy and violent sword and sorcery/fantasy flicks of all time!” 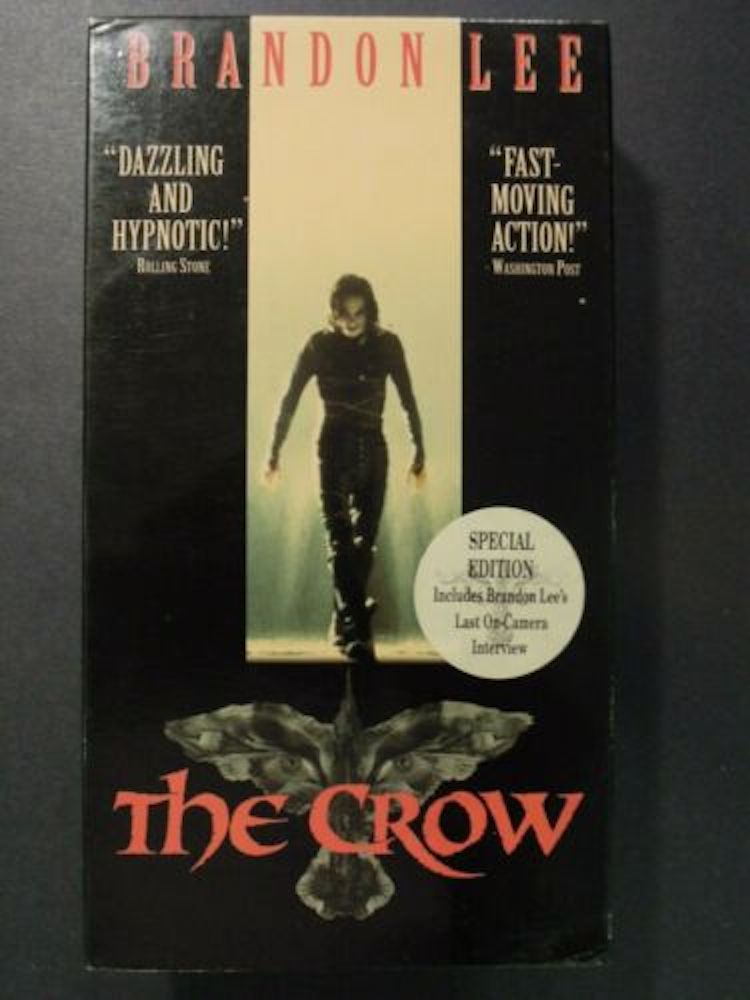 “Of Shadow and Sanguine” pairs well with: The Crow (1994)
“Okay, so I’m not reaching for deep cuts with this list…sue me. This song is about revenge, about ending the life of someone who has caused pain and hurt to others, and turning the tables on them. It’s a dark song (hence the word ‘shadow’ in the title), so I literally chose a movie that is pretty much dark and bleak in atmosphere that has a character exacting their revenge in brutal fashion. Admit it, you liked this fucking movie in the ‘90s! This movie also has probably the best soundtrack of all time, and it has a dark real death connected with it, as lead actor Brandon Lee was sadly killed during the production. A movie about death and revenge and murder, with a real death associated with it, that also has a soundtrack full of songs about death and shit. Doesn’t get much more bleak than that.” 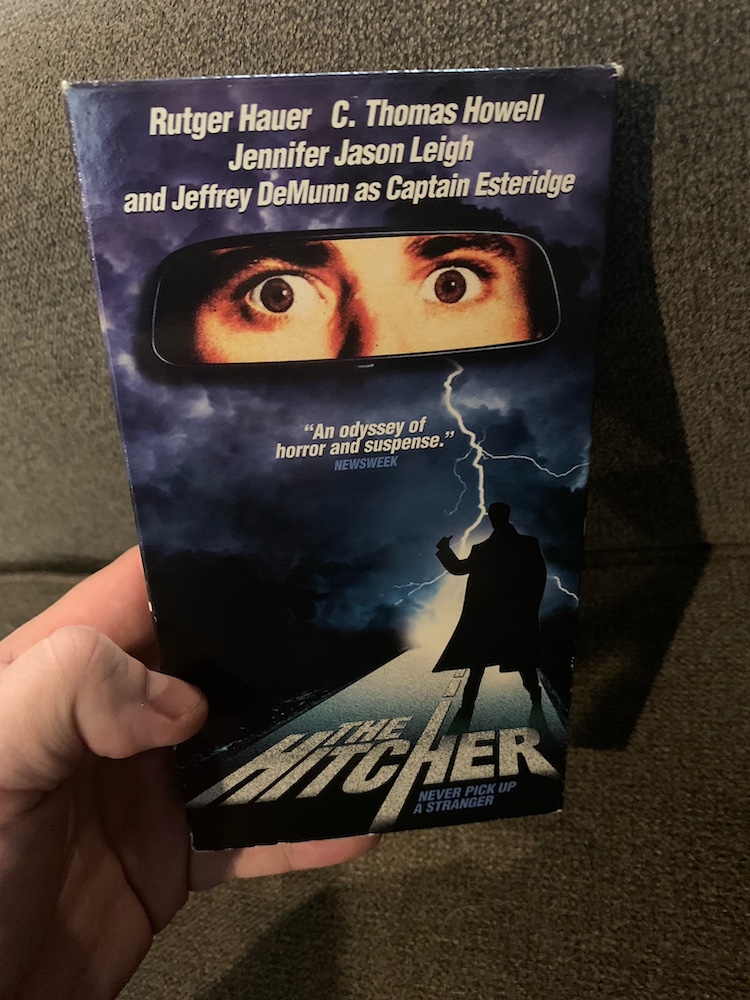 “What Must Be Done” pairs well with: The Hitcher (1986)
“This song is basically about having an enemy, someone with whom you immediately meet and their presence makes your blood run cold. The Hitcher might be the best example of that kind of intense experience. It features a young Rutger Hauer (one of my favorite actors) in what is possibly his greatest role of all time, a serial killer who basically tortures poor Thomas C. Howell and frames him for a bunch of murders. It’s a crazy intense thriller that needs to be experienced if you haven’t seen it. Oh, and I guess this song I wrote is kinda intense, too.” 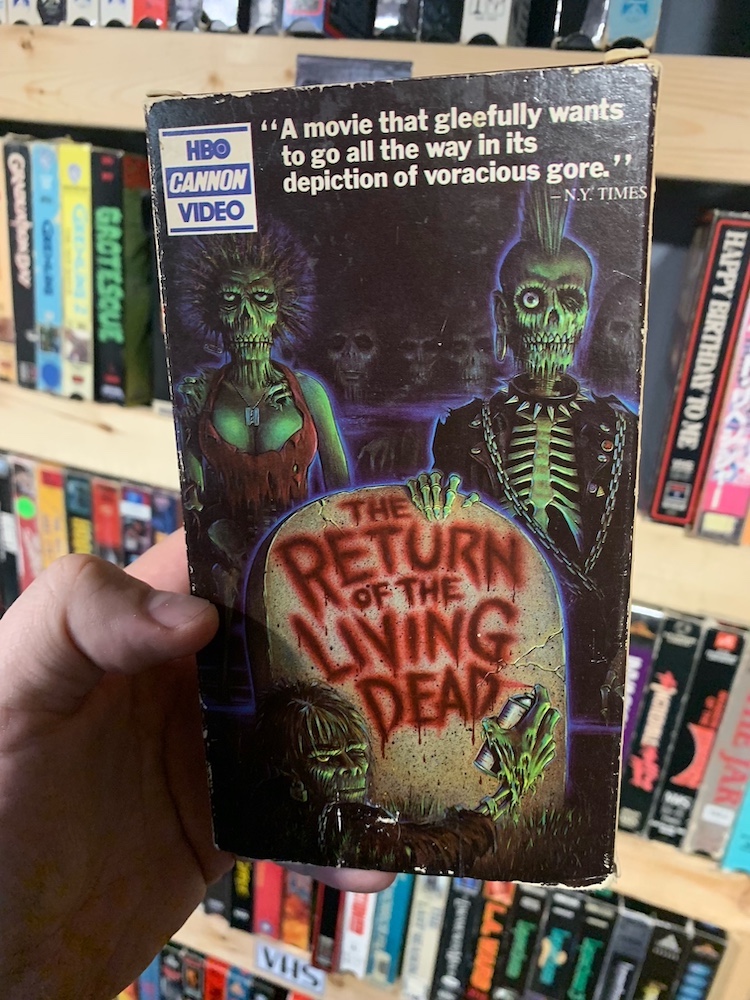 “Nothing That Lives Will Last” pairs well with: Return Of The Living Dead (1985)
“The closer for this record is basically a lengthy, unhappy affair that’s about the entire process of life and death. From the moment we’re born, we’re a being that is slowly rotting, that will ultimately end up at one with the soil after we expire. If we’re talking about death, then it seems appropriate to talk about zombies, and so why not discuss my favorite zombie movie of all time? Shit, this is actually my favorite horror movie of all time! It’s got everything. It’s funny without being too self-aware, it’s gory as fuck, sleazy at times, and just all-around an incredibly entertaining film. They don’t make ‘em like this anymore, which is why going back and watching movies from the 1980s is always more fun for me, and why I collect dead media in the first place.” 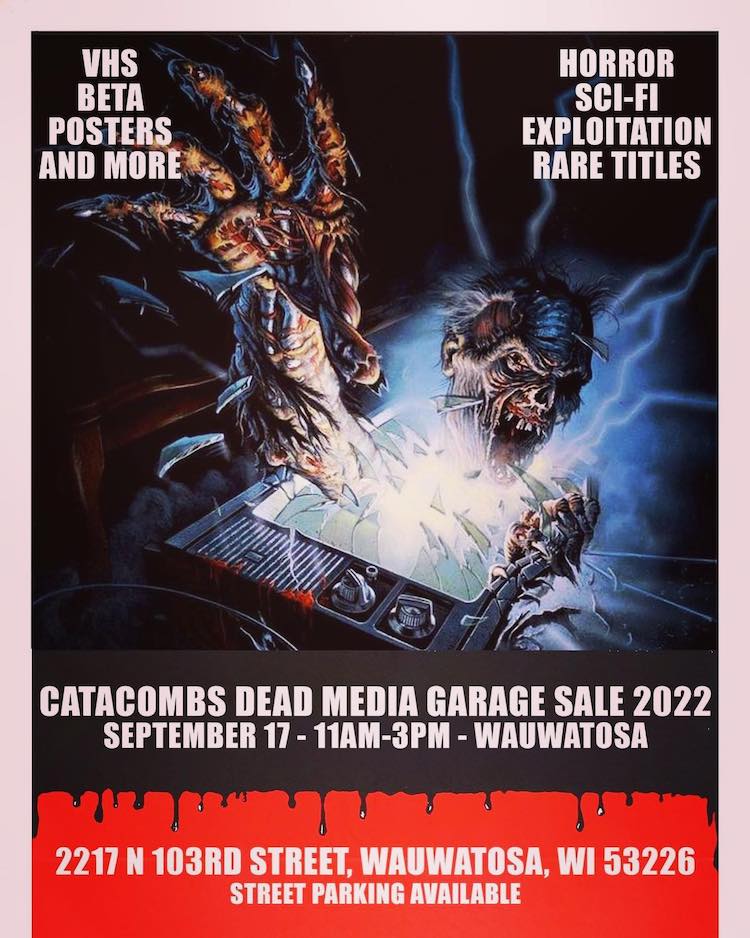