For the entirety of their adult lives, Dave Rudnik and Zak Holochwost have been dedicated to hardcore. Even as they’ve immersed themselves in family life and their respective places within the scene have evolved, they have found a way to continue producing a distorted racket. LIFES was born out of necessity.

“I can’t see myself not doing this,” Holochwost says. “I don’t know what I’d do if I didn’t play in a punk or hardcore band.”

With family obligations taking up much of their time, Rudnik and Holochwost needed a very specific situation to make their band work. For the past six years, LIFES have found a way to maintain that balance. Through late night practices after the kids have gone to bed and weekend warrior gigs across the Midwest, the band have produced a handful of EPs, culminating with the recently released debut LP Treading Water.

Four years in the making, the group set out with the goal of topping the 20-minute mark on a record.

“About half the songs were written before our second kids were born,” Rudnik says.

As the band amassed songs for potential release, they continued to retool them. The act of fine-tuning brought out new experiences in songwriting for the members.

“A handful of songs I wrote drum parts for, I’ve never really done that before,” Holochwost says. “I’ve brought in drum parts to bands before, but one of the songs I specifically wrote all the drum parts and then Dave wrote around them.”

To describe his own personal highlight on Treading Water, Rudnik detailed his method of video recording his hands playing a riff as a reference guide. “My daughter interrupted me and started talking,” Rudnik says. “I kept playing the song because I didn’t want to forget it.”

This interaction has been immortalized by being mixed into the closing seconds of the album’s title track. Family weighs heavily on the members’ minds, as they both have multiple children. Their lyrical content is more easily pointed these days.

“Things are a little bit more personal when I write lyrics now,” Holochwost says. “Even if it is about something more universal, I’m still thinking about my kids or other peoples’ kids, or my friends in general.”

“We’re leaving a shit show for them,” Rudnik says.

The idea of giving up on playing music is a preposterous one for the members of Lifes.

“I think I counted that in 25 years of being in bands there was only maybe a year and a half where I wasn’t in a band.” Holochwost says.

Music is what LIFES does. It is in their blood. Even though their previous bands have never seen conventional success that can be easily explained at family reunions or similar gatherings, Rudnik and Holochwost know that their experience has been rewarding in the development of community and other intangible successes.

“If you’re analyzing being in a band as an outsider, it’s a clear waste of time with no return at all, but at the same time, it’s where the majority of my friends come from,” Rudnik says. “Most of the connections in my life have been made at least tangentially through music.”

After multiple decades of involvement in the hardcore scene, it would be easy to simply fade away or develop an elitist attitude, but LIFES have a clear perspective on their approach.

“For as angry as music can be, like hardcore, I try to be positive about things,” Holochwost says. “Despite past experiences of being more negative, I don’t want to be that person.”

LIFES is a family band. Sonically, that may seem like an odd assessment, but in terms of people, there couldn’t be a more accurate statement. With a quarter century of band activity to each of their names, Rudnik and Holochwost have toured extensively and built familial bonds at home and abroad. They are people who remember the ones who have helped them along the way and have gratefully returned these favors. And as they steal a few free moments between commitments, Rudnik and Holochwost are thinking of you and your family, as well as their own. LIFES may come from a place of anger and frustration, but they use it to paint a positive picture for the future.

LIFES’ release show for Treading Water is on Saturday, August 3rd at Company Brewing with Snag and Jeromes Dream. 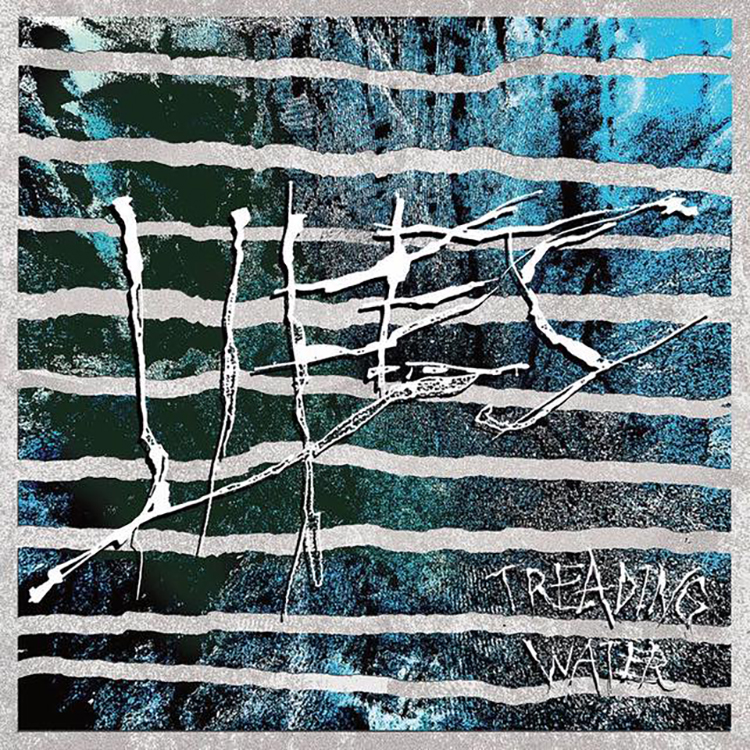