In February of 2020, Aymen Saleh—a Canterbury, England native who performs under the name Holy Pinto—paid homage to his adopted hometown with a star-studded and local-landmark-laden music video for a song called “Milwaukee.” A few weeks after releasing that uptempo and heartwarming tribute to the city, Saleh’s songwriting took a noticeable turn.

That spring, which was not-at-all-coincidentally the early days of the pandemic, Saleh came up with the lyrics and the melody for a new composition, quite fittingly, called “We’re All Doomed Forever.” With live shows utterly non-existent and in-person collaboration being a dicey prospect at the time, Saleh shelved those song ingredients until last spring, when he enlisted instrumental assistance from musicians who added string and percussion flourishes to transform song with a bleak and hopeless message into something surprisingly vibrant and beautiful.

“I usually put silver linings and positivity in songs,” Saleh tells Milwaukee Record. “This one was basically just, ‘I’m going to sugarcoat this dark and hopeless sentiment with a pretty melody and jaunty instrumentation.'”

Holy Pinto released “We’re All Doomed Forever” earlier this month. The song—which Saleh says is a one-off single he wanted to put out as he finishes up a record he plans to release later this year—hit most streaming platforms this week in advance of his show with renowned Swedish singer-songwriter Jens Lekman at The Back Room @ Colectivo on Friday, May 13.

Saleh says Lekman is his “number one” songwriter and he noted he’s seen him about 10 times, covered his song “Wedding In Finistere” on 88Nine in 2018, and talks about his music to anybody who will listen.

“Anyone that’s hung out with me after shows and asked about what music I like or who inspires me tends to get their ear talked off about Jens,” Saleh says. “I’ve had a lot of people and bands hit me up to say congrats when we announced the show because they’ve had to endure that. It’s an incredible moment for me.” 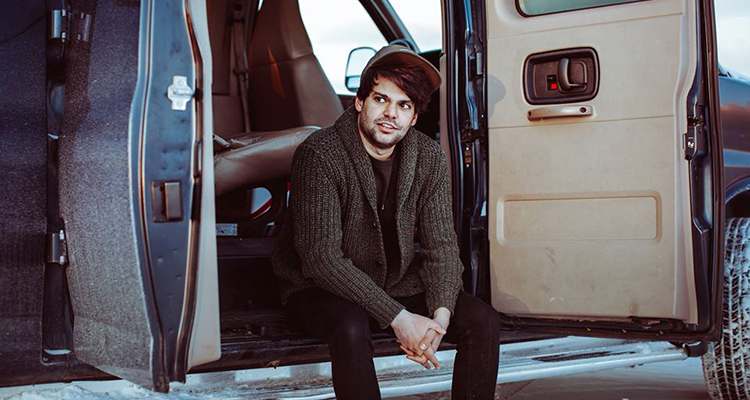