Back in February, Ald. Bob “sir, this stall is occupied” Donovan introduced a resolution to ban food trucks from a one-mile stretch of National Avenue, between South 27th and South 39th streets. Donovan cited “concerns with traffic congestion and complaints from businesses about the loss of parking.” Silver City residents weren’t amused, and they quickly organized a rally.

Then, hours before the rally was scheduled to begin, Donovan issued a press released that stated everything had been resolved. No more food truck ban. A verbal and written agreement “by all parties” had been made. A vacant lot had been identified as a “good location for the food trucks.” Everything solved! Just like that!

Except…not. Now, with the great Food Truck War of 2019 still broiling, a group called MKE Taco Truck Advocates has put together a series of events that will “advocate for the fair treatment of taco truck owners – and all other Latinx business owners.” The group’s second event, Silver City Taco Truck Party du Junio, is set for Friday, June 7, at Velobahn Coffee and Cycle.

“We believe all of Milwaukee loves tacos, not just the south side,” MKE Taco Truck Advocates says in a press release. Hell yeah. Here’s the full press release:

The MKE Taco Truck Advocates group came together around the need to support one specific taco truck owner who was being targeted by Milwaukee Alderman Bob Donovan. Our initial event in March brought out 500+ people and featured Mayor Barrett. As we move forward, we will continue to advocate for the fair treatment of taco truck owners – and all other Latinx business owners. However, we also want to advance the culture and food of the Latinx community through Taco Truck related events around MKE and share that with our neighbors and families in and around our great city.

As our events move forward, we are featuring Latinx owned food trucks. We are featuring Latinx MKE DJ’s, Latinx Arts & Crafts vendors and creating of culture of supporting our community’s small business owners and entrepreneurs. We are also holding these Taco Truck parties around MKE in order to build bridges with other neighborhoods around the city to promote unity and inclusion. We believe all of Milwaukee loves tacos, not just the south side. Our flyers are attached.

For our June 7 event, there will be FREE 30 min skate lessons offered by Roll Train, a group that specializes in Rhythm Roller Skating. 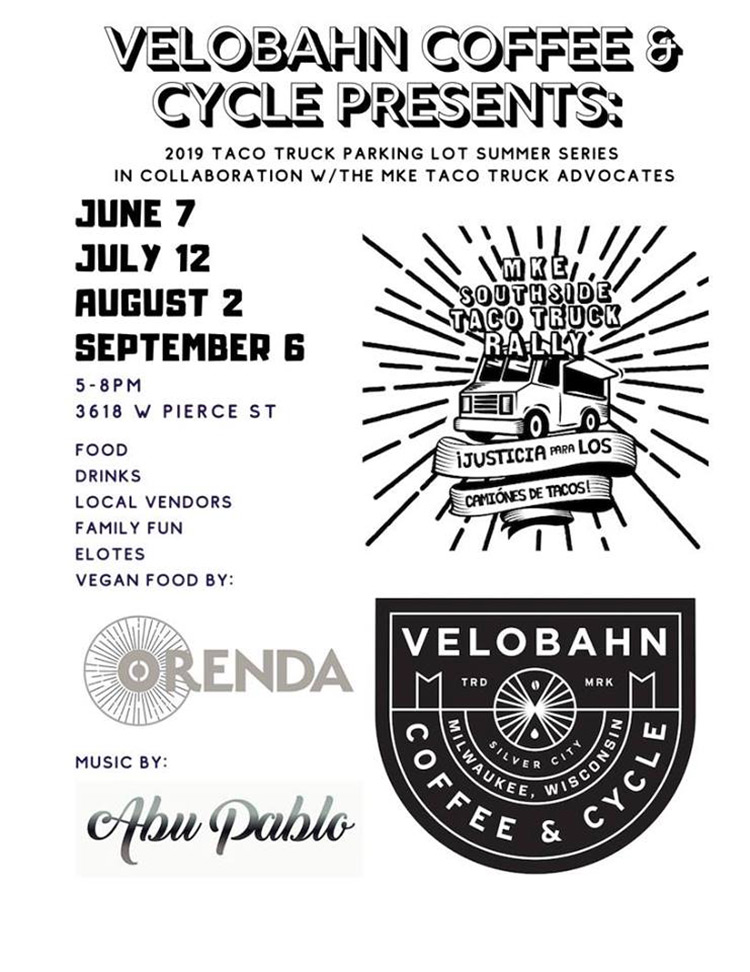 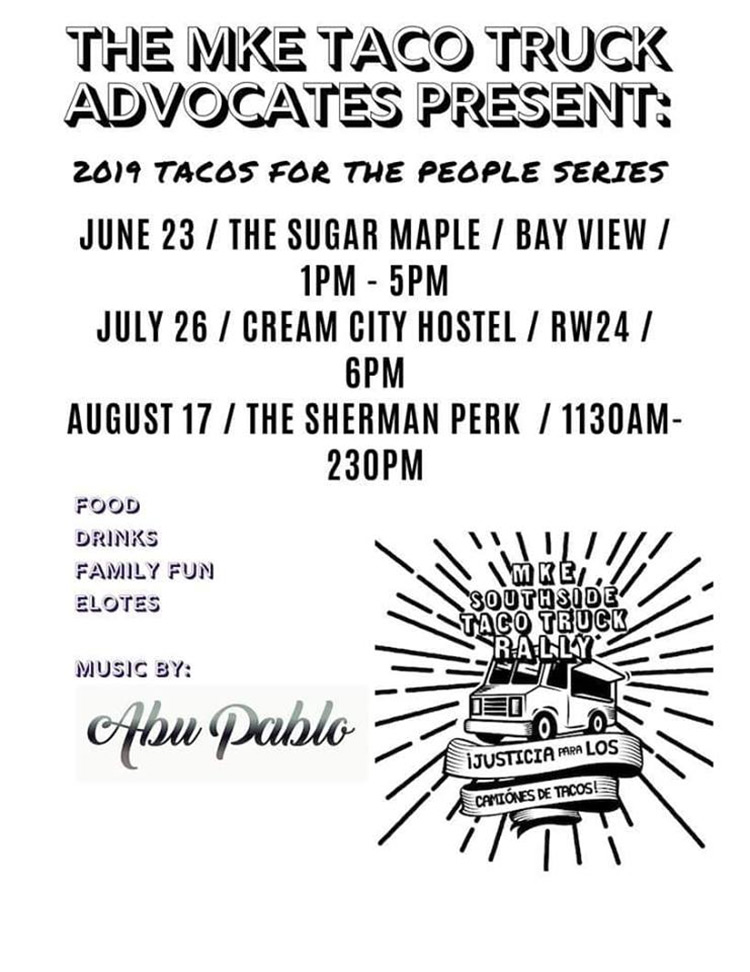