St. Francis is home to more than 10 bars, about half of them located within six blocks of each other. While most offer drink specials, good tunes, pool and darts and, in some cases, pizza and other bar food, the family-owned bar Gordie’s (2000 E. Cora Ave., 414-481-7742) stands apart, exuding friendliness and welcoming all.

Characteristic of many Milwaukee-area drinking establishments, the unassuming, tan brick building is nestled in the middle of a residential neighborhood between Howard and St. Francis Avenues.

Affable bartenders, brewery memorabilia and holiday decorations, rock-bottom beer and drink prices, and a jukebox packed with everything from Led Zeppelin to Hank Williams to Barry White make the neighborhood tavern an ideal place to grab a few drinks and relax. 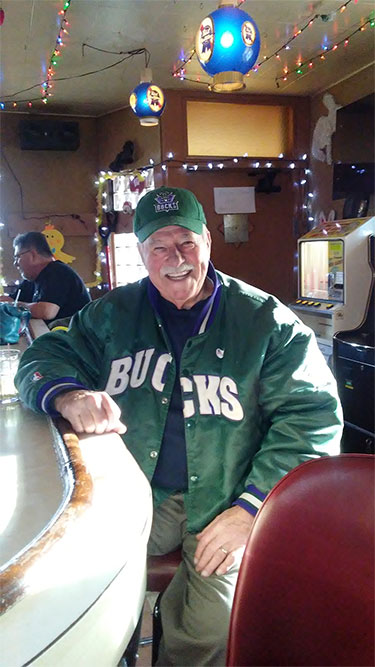 Owner Gordie Pierce opened the bar in 1984 after he was laid off from his job in transportation sales. The building formerly housed establishments known as Lee’s Place and Joe’s.

“I was broke and unemployed,” Pierce says.

Pierce and his wife, Joyce, who will celebrate their 60th wedding anniversary in October, are familiar fixtures at the bar, chatting with customers and decorating for every major holiday. On a recent visit, the bar was decked out with Easter egg lights and bunny and chick decorations.

In true Milwaukee spirit, Gordie’s is adorned year-round with Pabst Blue Ribbon lights, spinning Special Export globes, and other memorabilia Pierce has purchased from breweries over the years.

Pierce says that in more than 30 years the bar hasn’t changed, save for maintenance and upkeep.

“It’s a bar. Customers change, but things stay the same,” says Pierce. Many of Gordie’s patrons are regulars that live in the neighborhood.

“We have very nice customers,” he says.

Kelly, who has been bartending at Gordie’s for 28 years, feels that the influx of millennials in Bay View over the last decade has helped the bar bring in younger patrons.

“We’re seeing more of a twenty-something crowd,” she says. 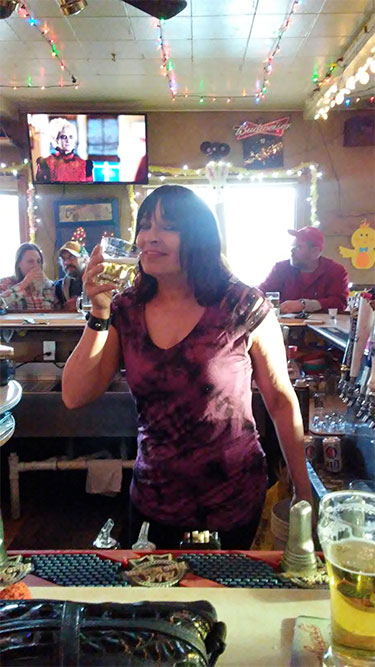 Kelly, a former actress with Broadway Baby Dinner Theater who also holds a day job, says she enjoys the social aspect of bartending, although the job does have its challenges.

“Back in the day, these old guys used to come in and tell me I shouldn’t be behind the bar because I’m a woman,” she says.

However, customers like that seem to be few and far between. Many are loyal, and the circular bar top gives Gordie’s an intimate vibe.

The locals appreciate the bar, and vice versa. Every August, Gordie’s holds a customer appreciation picnic in the backyard.

In the past, the tavern has sponsored a bowling and a softball team. According to Kelly, parties and card games were once held in the basement.

As with many Milwaukee-area establishment, sports are a big part of Gordie’s culture.

Marty, a former speed-skater who competed in the 1988 and 1992 Olympics, displayed his trophies during this year’s winter games.

The bar has several TV sets for patrons to watch the Bucks, the Brewers, and, of course, the Packers. Free shots are given out for touchdowns.

Money goes far at Gordie’s. As with many south side corner bars, craft beers and fancy cocktails are nonexistent, but you can enjoy eight-ounce taps of Miller High Life, Lite, and other blue-collar beers for just $1. Gordie’s also offers complimentary peanuts in the shell, along with Bugles and other snacks.

“We are simple,” says Pierce. It’s that no-frills type of warmth that makes places like Gordie’s truly special. 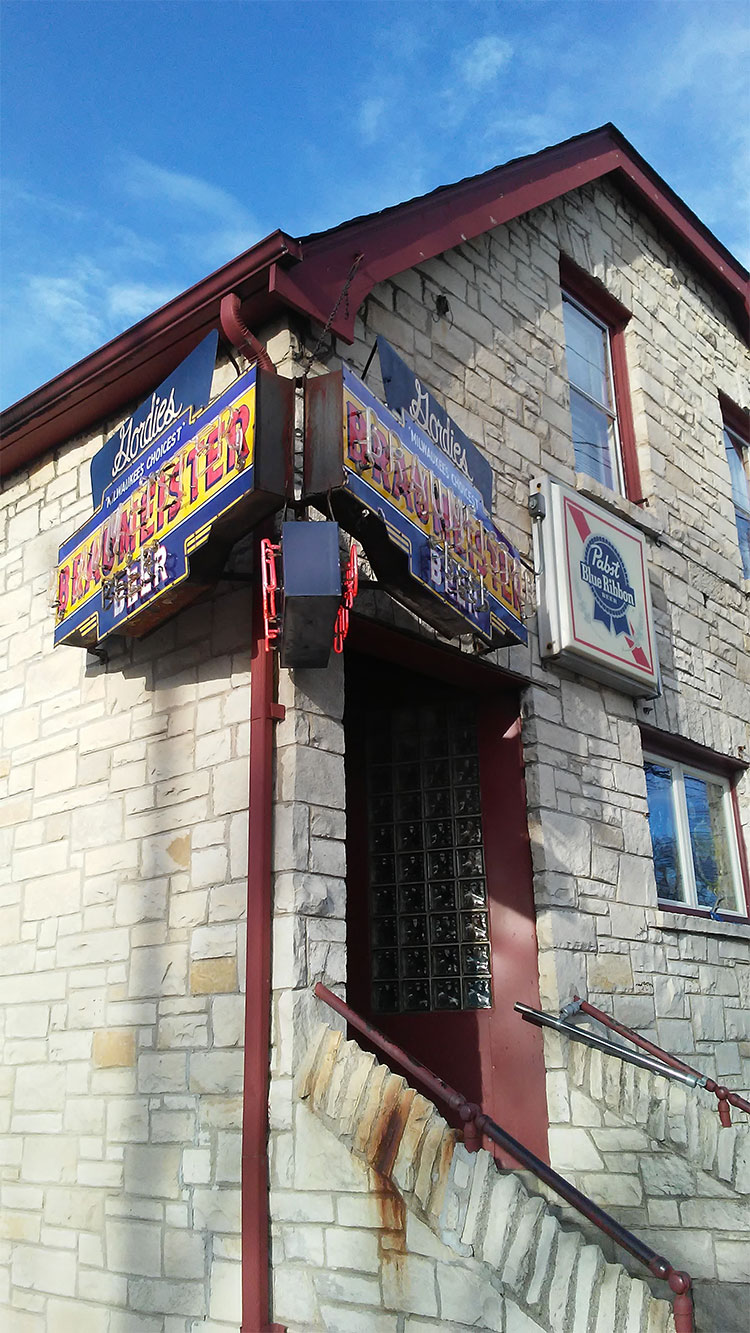