Back in 2015, we decided to help informally kick off the Milwaukee Comedy Festival by asking eight comedians to take the stage at Bremen Cafe and gently (or, in some cases, straight-up viciously) make fun of the city they love in our inaugural Roast Of Milwaukee event. Following the wonderful response to those verbal punches thrown in the direction of Milwaukee, we decided to do it again with an even bigger and better event at Club Garibaldi last August. Since there’s no shortage of material about Milwaukee out there, we figured we’d do it again this summer, this time with the help of a few notable non-comic guests.

Join us at Club Garibaldi on Monday, July 31 for our 3rd annual Roast Of Milwaukee. Unlike past years, the comedian-heavy lineup will also include a few local movers and shakers from other mediums. FOX6 anchor Ted Perry will host the event, and V100.7 DJ Promise will take a stab at roasting, too.

The laughs won’t just be at the expense of Milwaukee. Patrons who bring non-perishable food items or toiletries for us to donate to Milwaukee Women’s Center will gain free entry to the event. Otherwise, cover is just $3 (or free when you show us your Milwaukee Comedy Festival pass). Surly Brewing will have beers on special and Static Eyes will perform both before and after the Roast. The (21+) fun starts at 7:30 p.m. See you there! 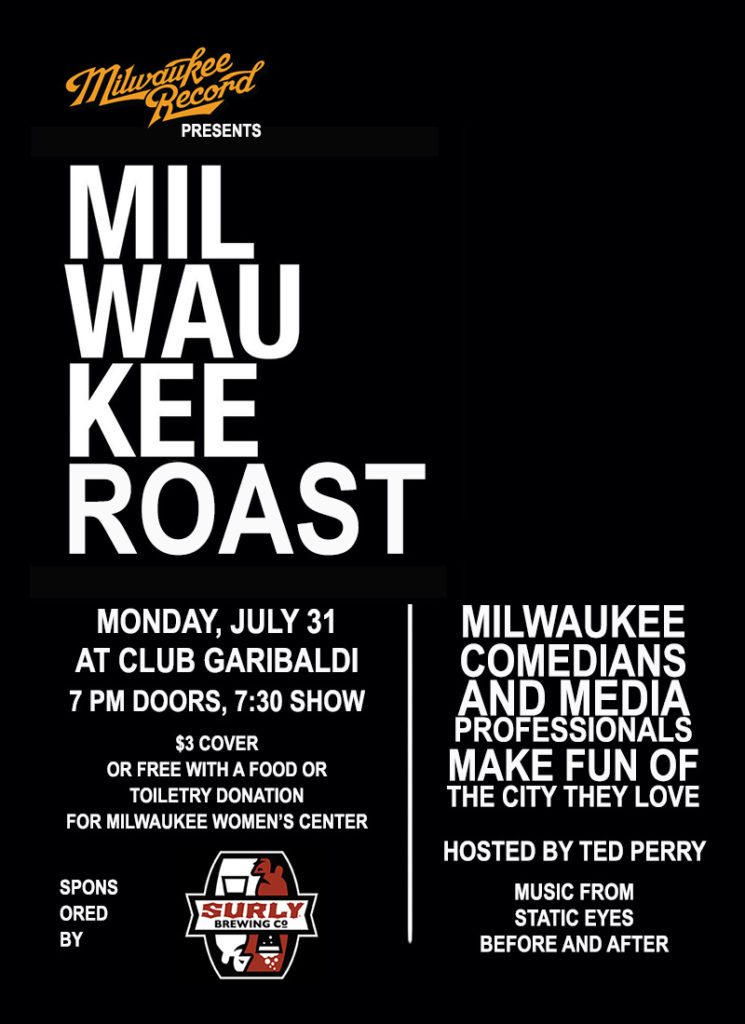