The following article originally appeared in the November edition of Colectivo Coffee‘s “Off The Record” print-only periodical/crossword puzzle. You can pick up “Off The Record” free of charge at all 13 Milwaukee-area locations.

Did you know Milwaukee has an official Sister City? It’s true! In fact, you might be shocked to learn we actually have eight locales in Europe, Africa, and Asia to whom we’re formally and legally related as a means of “promoting people-to-people diplomacy.”

When the world seems divided and vast, it might be comforting to know Milwaukee’s connections extend well beyond state lines and national borders. Here’s a listing of Milwaukee’s official Sister Cities, and some tidbits about each one.

Bomet, Kenya
The Kenyan municipality of Bomet officially became affiliated with Milwaukee during a Sister City Signing Ceremony in November 2015. The capital and largest city in a county of the same name, Bomet has a population of approximately 110,000 and is best-known for its agricultural output—primarily tea.

Daegu, South Korea
In the summer of 2017, Milwaukee and the South Korean metropolis were bound together when agreements were signed remotely, first by Milwaukee Mayor Tom Barrett, then by Daegu Mayor Kwon Young-jin about a month later. With 2.5 million residents, Daegu—nicknamed “Apple City”—is South Korea’s fourth most populated city and home to the Samsung Lions professional baseball team.

Galway, Ireland
With about 80,000 residents living within its borders, Galway is the sixth most populated city in Ireland. It became a part of Milwaukee’s Sister City Initiative on March 24, 2009, when a delegation of Irish visitors came to town to make the relationship official. Like Milwaukee, Galway hosts a wide variety of festivals throughout the year, including Galway International Oyster Festival, Colours Fringe Festival, Irish Fly Fair And Angling Show, and more.

Irpin, Ukraine
Irpin is Milwaukee’s newest Sister City, having reached an agreement in March of last year during a ceremony attended by Mayor Barrett and Irpin Mayor Volodymyr Karplyuk. According to Milwaukee’s Common Council, “the two cities will collaborate to tackle issues that affect urban residents globally—business, health care, education, and tourism.”

Medan, Indonesia
In the same way Milwaukee is Wisconsin’s largest city, Medan is the biggest city in Indonesia’s North Sumatra province. The 2.2 million-resident city forged its bond with Milwaukee when members of the City Of Medan Delegation came to our City Hall October 30, 2014. Apparently, public transit is lacking in Medan, but construction on a light rail system is set to begin in 2020. Will it be a source of disagreement like it seems to be here in Milwaukee? We’ll see!

Tarime, Tanzania
Not far from the aforementioned confines of Bomet, Kenya—at least in a worldwide sense—is the Tanzanian city of Tarime. As of the 2012 census, the Mara Region town reported a population of less than 35,000 people, making it Milwaukee’s smallest Sister City when they drafted the agreement November 7, 2016.

uMhlathuze, South Africa
South Africa’s KwaZulu-Natal province is made up of five different municipalities, the most populated on which, uMhlathuze, is the first of these eight places to enter a Sister City agreement with Milwaukee. We’ve had a connection to the 290,000-resident locale since early 2008.

Zadar, Croatia
Last, but certainly not least, our tour takes us to Zadar. The Croatian city of 75,000 people sits on the shores of the Adriatic Sea. Though its roots stretch thousands of years back, the picturesque place—and Milwaukee Sister City since May 11, 2015—has been called “Croatia’s new capital of cool.” Being siblings and all, maybe Zadar citizens will let us crash on the couch sometime.

Here’s the answer key for the American Values Club Crossword Puzzle from the November edition of “Off The Record.” 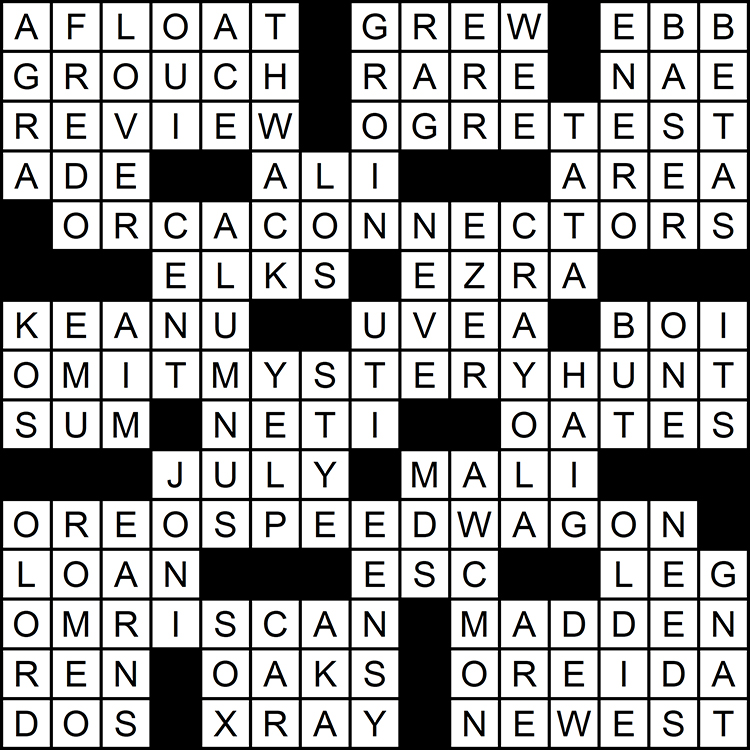