• File this one under: In case you blinked last week, here are all the old and empty buildings they’re not allowed to tear down for some reason.

Yes, the city’s Historic Preservation Commission has granted temporary historic designation to a portion of the old Columbia Hospital at 3321 N. Maryland Ave. The University of Wisconsin-Milwaukee bought the century-old building in 2010; in 2020, after a decade of virtual non-use, UWM announced plans to demolish the thing. The school said the building was in poor condition, and that it would would cost $100 million to $200 million to repair. Demolition plans went forward throughout 2021 and into 2022…

Until they were stopped by the 180-day temporary historic designation. Why does the commission feel the empty-for-20-years building is historically significant? Well, it’s an example of Georgian Revival design, of course, and “it is the only Milwaukee building designed by Schmidt, Garden & Martin.” What does the commission feel UWM should do with the empty-for-20-years building? Well, something—except, hilariously, turn it into student housing, because “UWM has an agreement with nearby residents to not use the building” for that.

UWM has objected to the designation. After the 180-day hold runs its course, the full Common Council will determine if the site should be granted permanent historic designation. As of Monday, demolition signs could still be found on the site, outside and in, promising “new green space coming soon.” [Milwaukee Journal Sentinel] 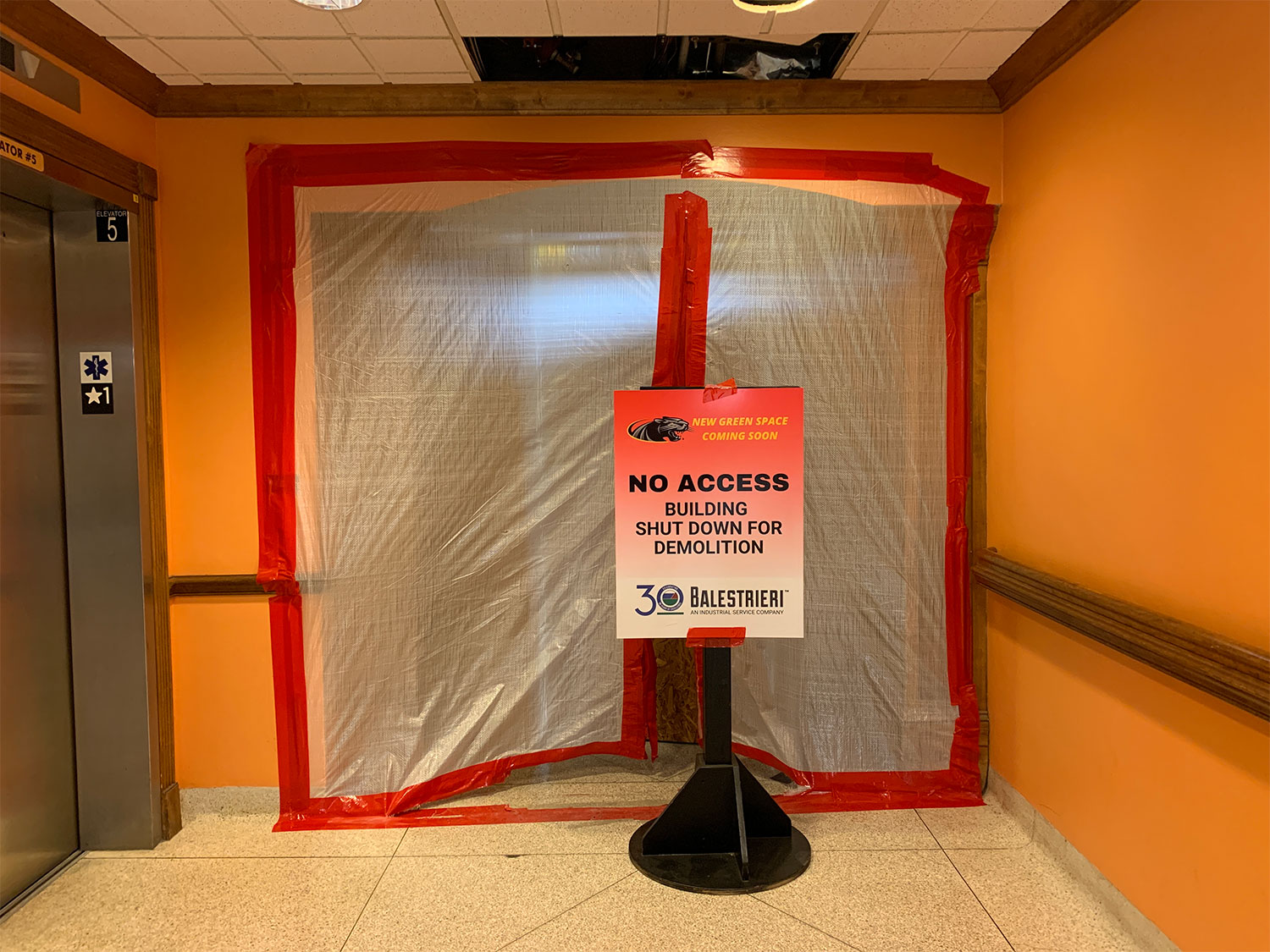 • When is a food hall not a food hall? When it’s a “ghost kitchen,” of course. That’s what currently being built at 733-737 N. Milwaukee St. The concept, explains [Urban Milwaukee], “relies on stripping a restaurant down to just its kitchen and focusing on online sales through platforms like DoorDash and Uber Eats.” The “virtual food hall” could squeeze “as many as 19 restaurants into a series of approximately 200-square-foot kitchens.”

• The owners of Jewels Caribbean are taking two vacant buildings next to their restaurant at 2230 N. Martin Luther King Jr. Dr. and turning them into a co-working and events complex. [Urban Milwaukee]

• The Milwaukee Brewers would like more of our money, please. [Milwaukee Journal Sentinel]