In early 2019, Twin Brother officially came to an end. The conclusion of the Milwaukee project—that managed five releases between its 2013 formation and 2019—soon found singer, songwriter, and founding member Sean Raasch branching out into a new solo vehicle called Reins Daily. Over the last two years, Raasch has been hard at work writing, recording, and releasing new music at an astounding pace.

Including last month’s album, My Place On The Moon, Reins Daily has a total of 10 releases to its credit—a mixture of full-lengths, EPs, and singles—and has put a combined 45 songs out into the world. Along the way, Raasch has welcomed past collaborators like Andrew Eshbaugh on horns and keyboard player Nick Berg into the fold on some songs and he’s also released a handful of raw, self-shot music videos. Believe it or not, the productive singer-songwriter has yet another album up his sleeve, and this one is unlike anything the project has put out to this point.

Friday, April 2 marks the release of Reins Daily’s Songs For The Phenomenon. As its name might suggest, the eight-song album has to do with paranormal experiences Raasch claims he had. Raasch says the album deals with “UFO/Phenomenon” sightings he had in 2020 and “is an attempt to make a statement for those seriously hurt by things like abductions and the ridicule that follows.”

Raasch elaborated in an email statement to Milwaukee Record:

For anyone unfamiliar it’ll be difficult to explain things in a manageable way but I’ll do my best. In August 2020, I saw my first UFO/Phenomenon. It looked like it was about 50 feet above me. Pure white, and looked like a sideways teardrop. The day after that, something dramatic happened in my family life that I had an exact dream about, two years prior. The day after, I saw another UFO/Phenomenon. It was pretty much the same as before, except for this time it was a perfect cylinder.

As more months passed, I did some research and some meditation practice to see if I could get a glimpse at whatever it was I saw, once again. To my surprise, the more I invested in thought, emotion, and songwriting towards this topic, the more I saw in the sky—once with my wife, who isn’t overly interested in the topic, but since then has become interested. I have videos, but it doesn’t really capture it well. They video caught orange orbs that turned white and then another time, just white ones popping from a cloud, one after the other.

Although I’m not claiming to know more about this than anyone else, it all was just emotionally striking. Considering in the middle of all this, on the same day, I thought my mother and father-in-law would die—emergency room and the whole nine [yards]. Thankfully, that did not happen.

This album is an attempt to make a statement for those seriously hurt by things like abductions and the ridicule that follows, or the researchers who’ve been busting their butt for decades. It’s been 70 years of government secrecy on the topic, but that is changing this year. Keep an eye out for it. June 1st should be the day. Our time here on Earth is about to get that much more strange. And I like it.

Slowing down the world, ditching social media, and reaching out for something greater has been an experience. If anything, I have these songs to show for it. I personally believe it’s more consciousness-related than aliens, for instance, but that much we just don’t know.

You can stream Reins Daily’s Songs For The Phenomenon below.

The album was preceded by the release of a music video Raasch shot for a Phenomenon single called “Abducted” that you can watch here.

Finally, Reins Daily will be part of “an unprecedented gathering of professionals and amateurs from across the spectrum of UAP research and activism” on April 24 called “The Big Phone Home.” 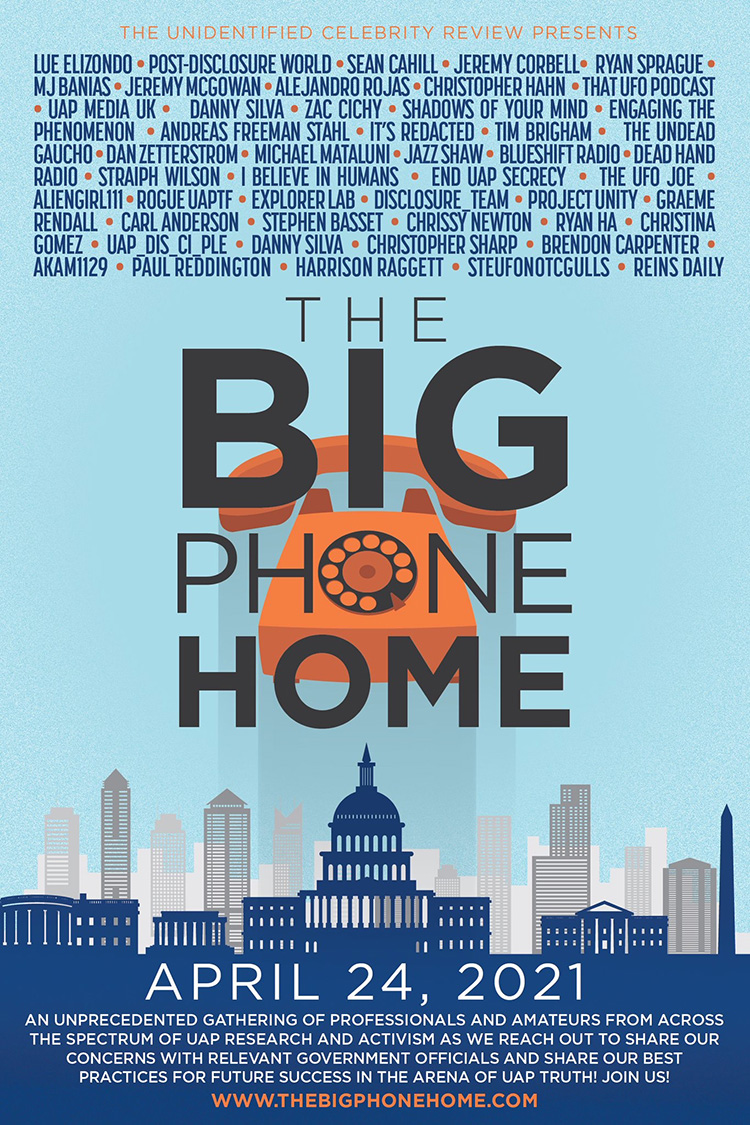