Last month, we unveiled the incredible and genre-jumping collection of more than 100 Milwaukee bands, rappers, DJs, and visual artists that compose the lineup of the second annual Arte Para Todos. By now, you’ve hopefully purchased your day- or weekend-long passes and mapped out what acts you intend to see during the daunting 25-show benefit for Milwaukee art programs. However, if you still haven’t settled on who to see, or if you’re simply in need of some tunes to hold you over until Arte’s April 21-24 return, you’re in luck.

Stream the entire 2016 Festival Compilation below, and if—no, WHEN—you like what you hear, consider donating to Arte Para Todos in the form of a $5 digital download or $10 cassette purchase (which includes a digital download). All proceeds will be applied to the festival fundraising total.

To further the philanthropy even more, Arte Para Todos has also announced a poster series that will be displayed at Company Brewing throughout the festival. Local artists (25 in all) each designed a limited edition poster for one of the festival’s shows, which can be purchased during the event. Kpolly, Rachel Hughes, Marielle Allschwang, Adam Radford, co-organizer Johanna Rose, and Mikal Floyd-Pruitt (whose contribution is below) donated their time and talent to the project. 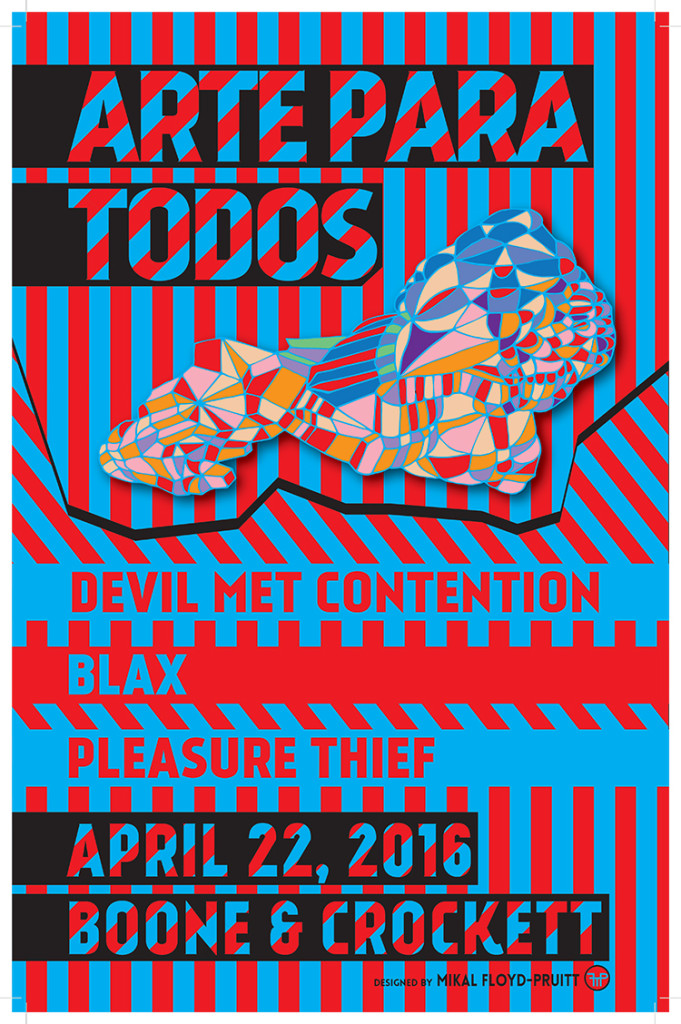