Name a Milwaukee musician that’s had a more productive year than Abby Jeanne. We can wait.

Since the outset of 2017, the owner of one of Milwaukee’s—if not Wisconsin’s—best voices released her debut album, stole the show at Local Coverage, played virtually every local event ending in “Fest,” put a few music videos and a radio-ready single out into the world, and earned heaps of glowing local press on the way to winning over hoards of new listeners. With her biggest year yet nearing its conclusion and with plans to make 2018 even better, it’s only fitting that Abby Jeanne will be on stage when the calendar turns.

Join Abby Jeanne and friends at Cactus Club for the singer’s “Electric New Year” on Sunday, December 31. The show—sponsored by WMSE, Pabst Blue Ribbon, and yours truly—also features Minnesota-based Tony Peachka and Paper Holland. Abby Jeanne’s Electric New Year begins at 10 p.m. (9 p.m. doors) and costs $15 in advance. If you don’t have New Year’s plans yet, you do now. 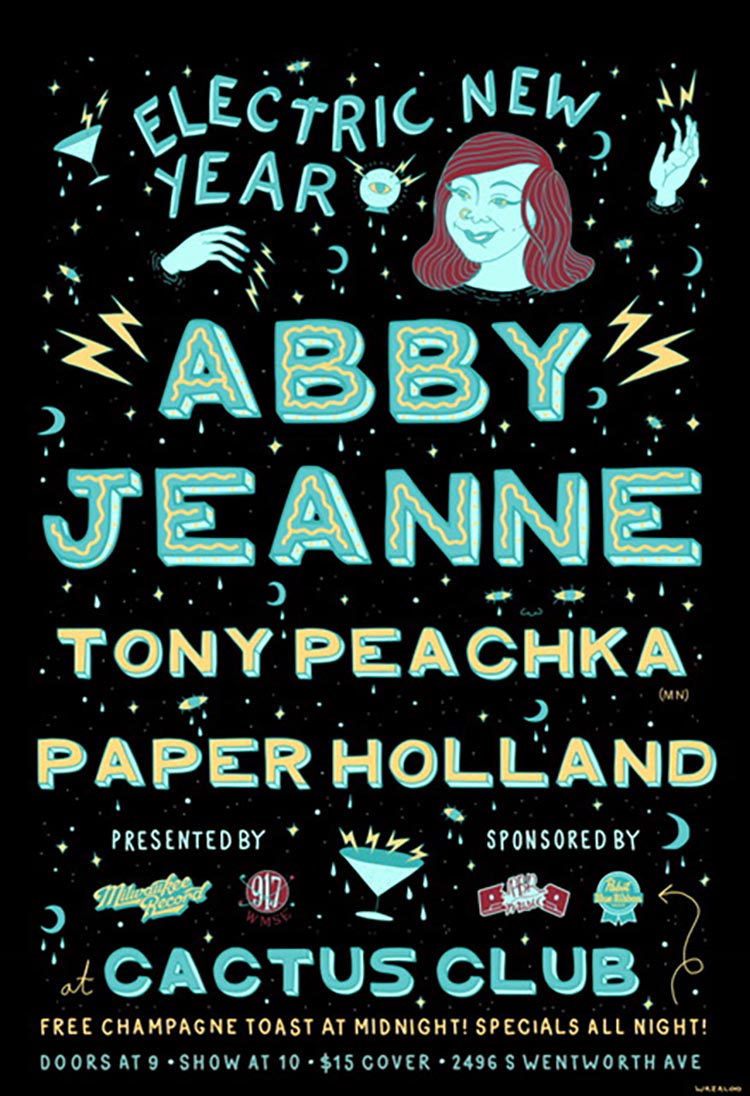