About a decade ago, a group of friends realized Milwaukee’s 414 area code had a striking resemblance to the numerals in April 14 (or 4/14) and decided to turn that coincidence into a full-blown local holiday. Since its unlikely outset, Milwaukee Day has resulted in an official mayoral proclamation, a ceremonial first pitch before a Brewers game, an abundance of civic-centered specials offered by area businesses, a wide-reaching hashtag, a cameo on ‘Jeopardy!,’ and a holiday-themed beer.

Milwaukee Day has also become an occasion to celebrate local music. Past April 14ths have featured especially stacked concerts. With the rampant growth of the holiday, Milwaukee Day’s founders took the year off in 2017 to encourage others to celebrate anywhere and in any way they wanted. After getting approval to revive the concert last year, we’re happy to announce Milwaukee Record will host another Milwaukee Day Showcase.

Join us at The Cooperage on Sunday, April 14 to celebrate Milwaukee Day with an eclectic lineup of local entertainers. We’ve done our part by assembling an all-star cast of some of the city’s finest musicians. Performers include Platinum Boys, Klassik, Joseph Huber, Lauryl Sulfate & Her Ladies Of Leisure, and host/poet Kavon Cortez-Jones. On top of the music and poetry, we’ll also have yard games on The Cooperage’s patio for your enjoyment. The show will also host booths from a number of local non-profit organizations.

The 21+ show—sponsored by Miller High Life, Milwaukee Pedal Tavern, Nail Bar Milwaukee, and Cactus Club—starts at 5:30 p.m. (doors at 4:30 p.m.). Tickets are $10 in advance ($12 doors). Early bird admission is just $4.14 through Wednesday, February 27. There are so many great ways to celebrate Milwaukee on April 14, but we’re pretty excited about this one. We hope to see you there! [Poster art by Andy Tyra] 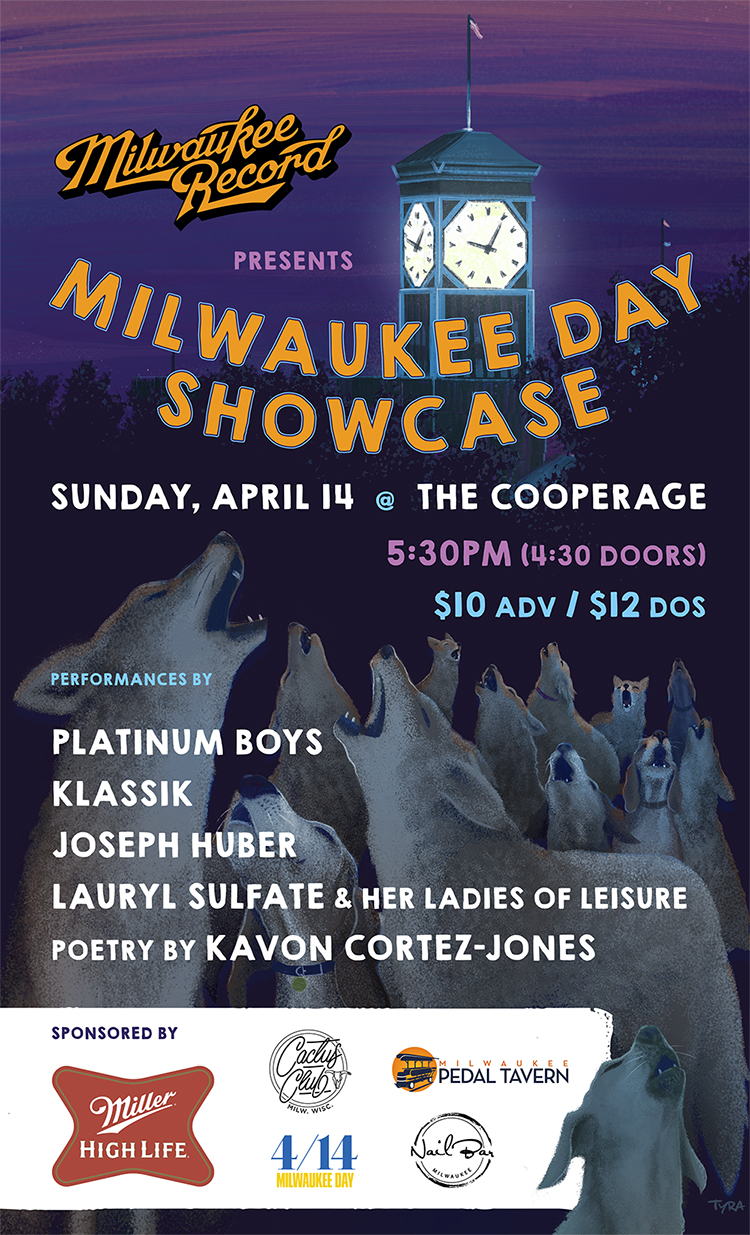