Back in January, Egg & Flour—a pasta bar concept founded by restaurateur Wes Shaver and chef/recent Hell’s Kitchen contestant Adam Pawlak—announced plans to open its third location, and its first restaurant outside Milwaukee’s city limits. The latest Egg & Flour is to be located inside Metcalfe’s Market in Wauwatosa (6700 W. State Street), and the opening date was projected to be “early March” at the time of the initial announcement.

Today, less than two months after those plans were unveiled, Egg & Flour has officially announced that its Wauwatosa establishment will indeed be opening in March. The restaurant will be open to the public starting Tuesday, March 16, to be exact.

“I’m very excited to show Wauwatosa what we’ve been up to. The turn out of this space isn’t just what I hoped…it’s above and beyond all expectations,” Pawlak says in a press release. “I think people will be blown away—from the dining space to open concept kitchen, where people will be able to see pasta being handmade, it’s really spectacular.”

This new Wauwatosa location will be open for dine-in (including patio seating) and carryout service every day of the week. Hours are 11 a.m. to 9 p.m. For more information and updates, you can follow Egg & Flour Wauwatosa on Facebook. 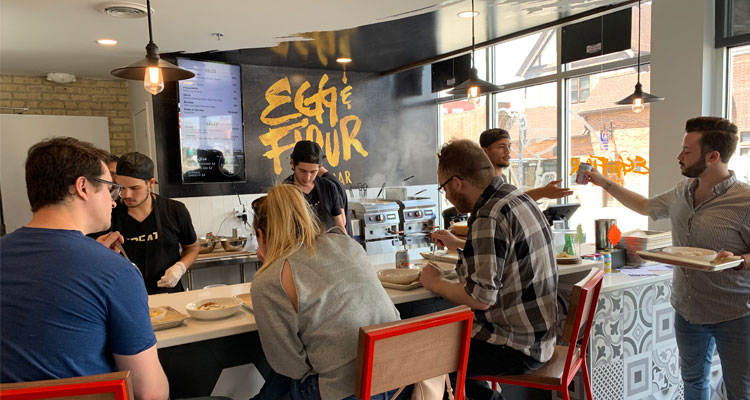