As first reported by Urban Milwaukee and then reported by OnMilwaukee and now reported by us, a honky tonk bar called Nashville North is apparently coming to the former Up & Under Pub, 1214 E. Brady St. “Coming soon,” proclaims a sign in the window. “Where live music and Brady Street intersect” says another. 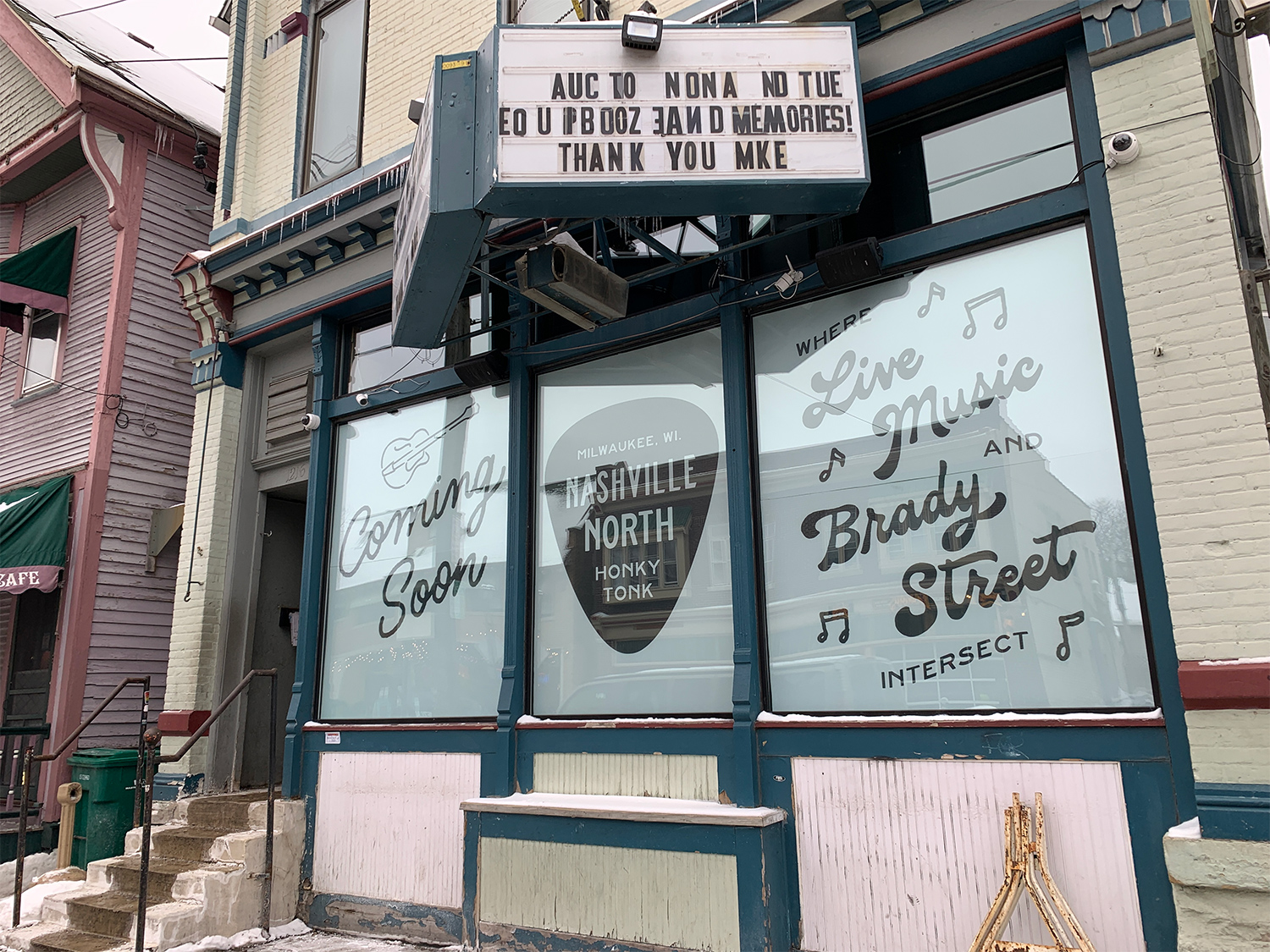 And, well, that’s all anyone knows. There are currently no new licenses on file with the city to indicate who may be running the joint. The owner of the building, Peter Wolbersen, isn’t returning any calls. So, um, that’s it. Nashville North. Coming to the former Up & Under on Brady Street. Stay tuned, we guess. [UPDATE: The Journal Sentinel doesn’t know anything else, either.]

Um, er, Up & Under closed in September 2020, after more than 40 years in business. Here’s another picture? 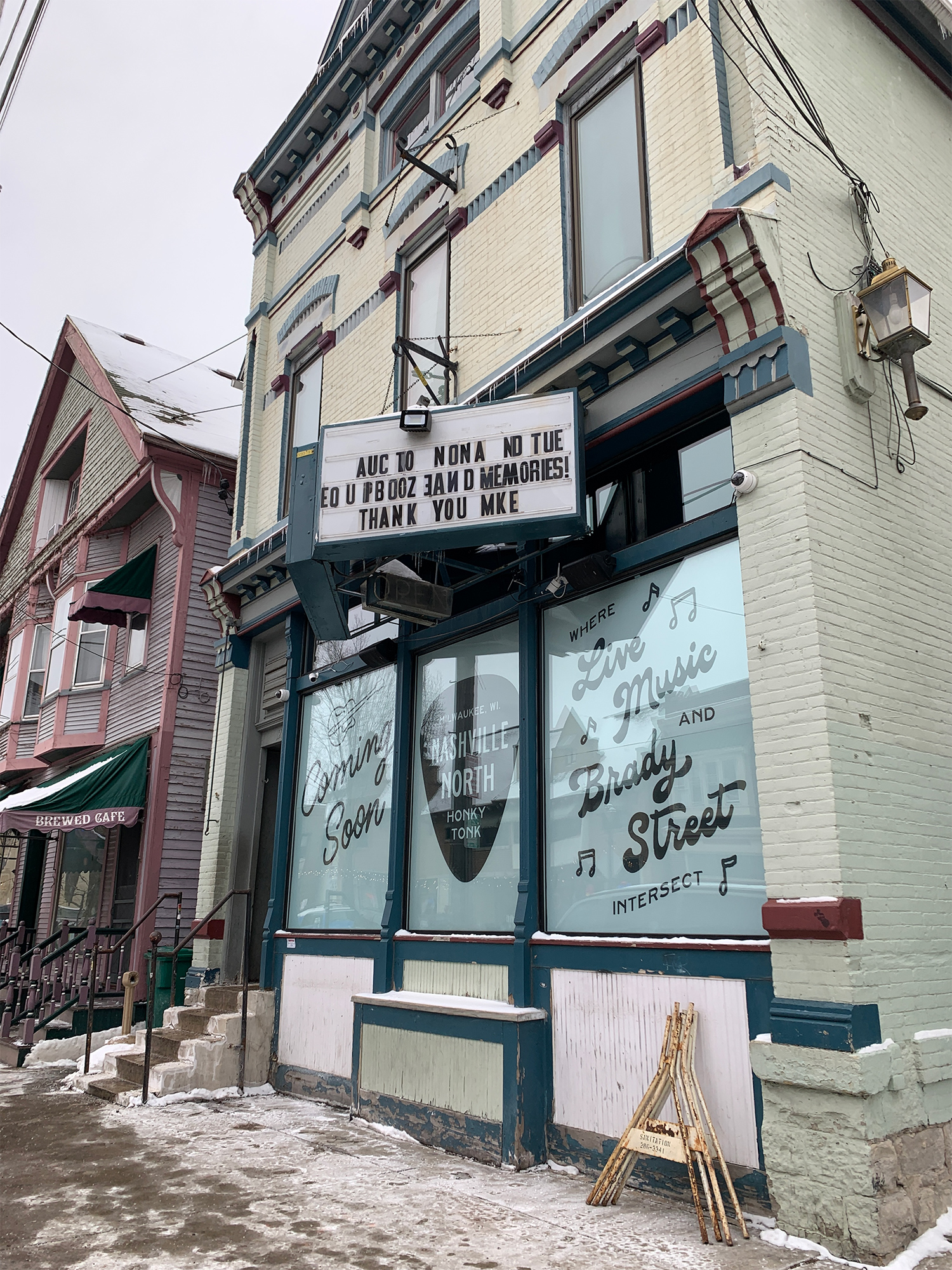 • Up & Under Pub will close September 27