It wasn’t me. Just go ahead now. [helicopter sounds]

And there’s more! Including some great local artists! Here are all the new names:

Yep, Skippy from Family Ties will be there, too.

Summerfest 2021 is set for September 2-4, 9-11, and 16-18. A number of amphitheater-only “Wednesday Kick-Off Concerts” are also included. The full Summerfest schedule can be found HERE. 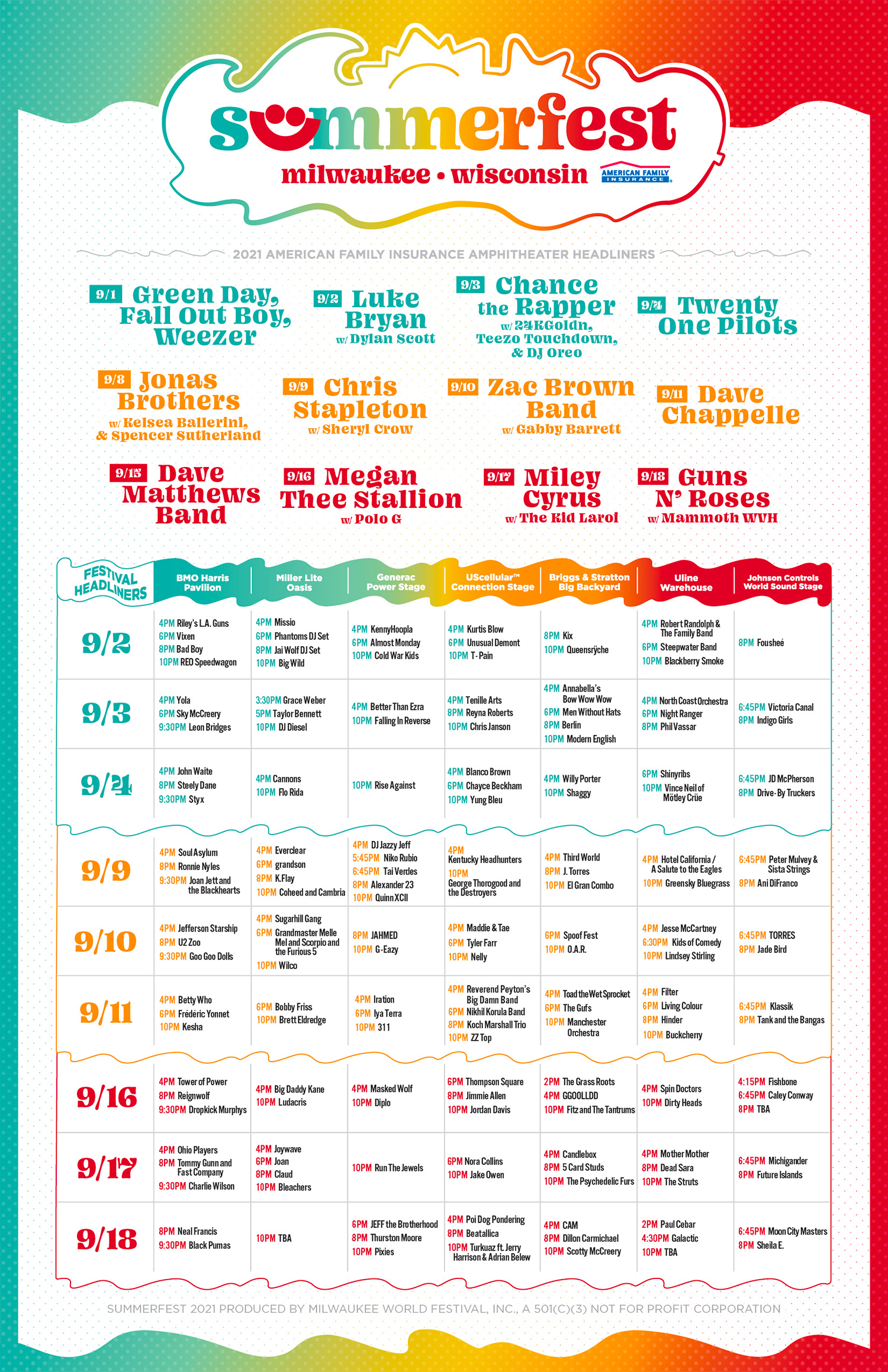 • Okay, here’s the full Summerfest 2021 lineup for every day and every stage