After months of planning, the night is almost upon us! Friday night, historic Turner Hall Ballroom will play host to Milwaukee Record’s fourth annual Local Coverage benefit concert. Over the course of the event’s short history, the show has grown into a larger venue with more acts taking their material to increasingly interesting places. We’ve written about the our favorite show of the year before, but if you’re still in the dark about it, here’s everything you need to know about Local Coverage 2018.

What is it?
Way back in October, nine Milwaukee bands, solo artists, and singer-songwriters met at Company Brewing and drafted another project from the pool of performers. In the approximately 100 days that followed, each project was tasked with assembling a 15-minute set to play “as” the band they drafted. Does the show’s concept sound complicated? It’s not. In short, a bunch of local bands and solo artists are covering a bunch of other local bands and solo artists at an event that raises money for a local charity.

Who’s playing?
We’ve worked hard to find a varied mix of acts from all corners of the Milwaukee music scene. This year’s event also has the widest age range of any Local Coverage show yet. The Afro-Caribbean stalwarts in De La Buena will adapt the music of Jaill, Lex Allen will re-imagine the Irish punk stylings of Whiskey Of The Damned, Space Raft is covering NO/NO, and teenage Girls Rock alums Negative/Positive will craft a set inspired by Space Raft. That’s just the tip of the iceberg. Local Coverage is an incomparable event for a good cause. Unfortunately, Whiskey Of The Damned had to drop off the show due to a medical reason, but the lineup is still stacked! Here’s the full lineup, listed from headliner to opener.

Who does it benefit?
This year’s beneficiary is Milwaukee Women’s Center. The organization is extremely local, woefully underfunded, and in many cases, is the last line of defense for people who are in dire need of assistance. According to the Women’s Center website: “Founded in 1980, the Milwaukee Women’s Center provides comprehensive services and treatment for women, men, and children whose lives have been affected by domestic violence, addiction, mental health issues, and poverty.”

Once the venue costs are paid (which has already been done thanks to the generosity of Gruber Law Offices, Educators Credit Union, Outpost Natural Foods, and Cafe Corazon), all proceeds will be donated to the Women’s Center. Tickets are only $10 in advance (NO FEES FOR ADVANCE TICKETS!!!) and $12 at the door. You should seriously think about buying your tickets in advance to avoid fees and save some money.

How can I help if I can’t go to the show?
If you’re disappointed you can’t make it, but you’d still like to help, you can always cut out the middle man—since we’re giving away all proceeds anyway—and donate directly to the charity. Visit the Milwaukee Women’s Center website for more details. Or you can pay whatever you want to download the first two Local Coverage concerts, and we’ll make sure the money gets to them.

Also, our Milwaukee Record Re-Porter beer (brewed in collaboration with Company Brewing) is still available around the city (and in Oshkosh!). A dollar from every pint sold benefits the Women’s Center. 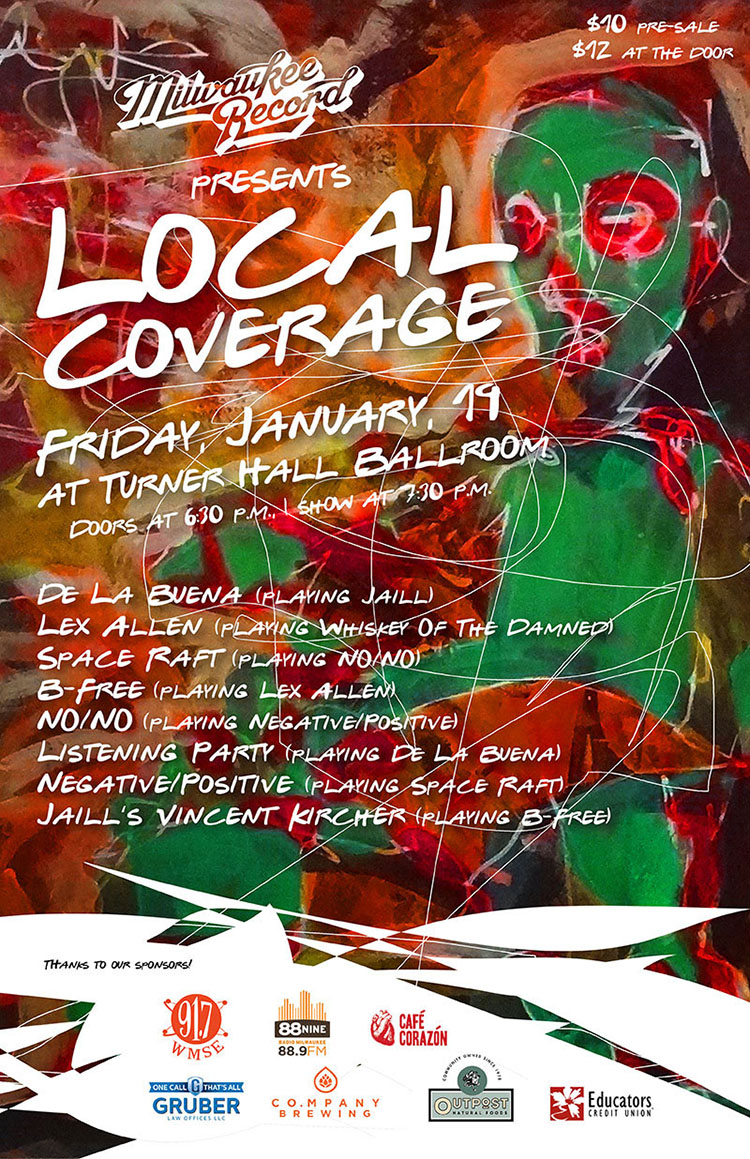