Last February, Abby Jeanne kicked off a whirlwind 2018—which followed a breakout 2017—with a month-long run of Monday night shows at Company Brewing, which she dubbed “Fire In February.” Following that well-attended four-show residency, Abby released two excellent songs for WMSE’s annual Record Store Day 7-inch, she played virtually every Milwaukee festival, and even hit the road to give other cities an opportunity to hear the incredible voice we know and love.

Today, Abby Jeanne released her new single in conjunction with the announcement. “Music Box Dancer” is a soulful, sing-along-able single that’s find her incomparable voice capably complementing warm, ’60s-nodding instrumentation. If this (and her two previous singles) are any indication of what’s to come, you won’t want to miss Abby Jeanne’s Cosmic Weekend. The lineup hasn’t been announced yet, but expect some bands of national note to join Abby and an impressive cast of locals at The Cooperage. Advance tickets are on sale now. Single day tickets are $20. Weekend passes are $30. We’ll see you there! 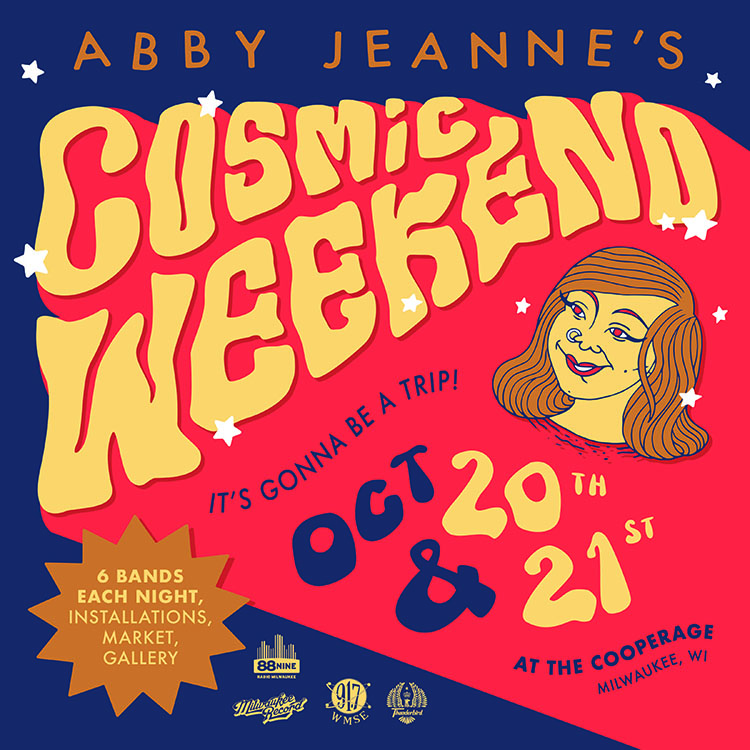