Since 2016, Milwaukee Record and Company Brewing have joined forces to make a delicious spiced porter called “Milwaukee Record Re-Porter.” For the uninformed, Re-Porter is Company’s Night Rye’d Porter that has been infused with cinnamon, cocoa nibs, medium roast coffee, vanilla bean, and three types of chiles.

The first five runs of the seasonal brew were well-received by beer enthusiasts and helped raise thousands of dollars for local charities. After taking 2021 off because of, uh, everything, Re-Porter came back for a sixth time back in February of this year. Since that early 2022 run is long gone, the seventh such release of Re-Porter will be available at Company Brewing on draft, in crowlers and growlers, and in cans (both six packs and cases) beginning at 11 a.m. on Saturday, December 10.

As always, a portion of proceeds from all sales will benefit Milwaukee Women’s Center. In the coming days, Re-Porter will also hit store shelves in and around metro Milwaukee and draft lines at select supporting bars and restaurants in the area.

Don’t drink but still want to support? Make some brownies with Re-Porter! Or you can just donate to Milwaukee Women’s Center directly HERE. 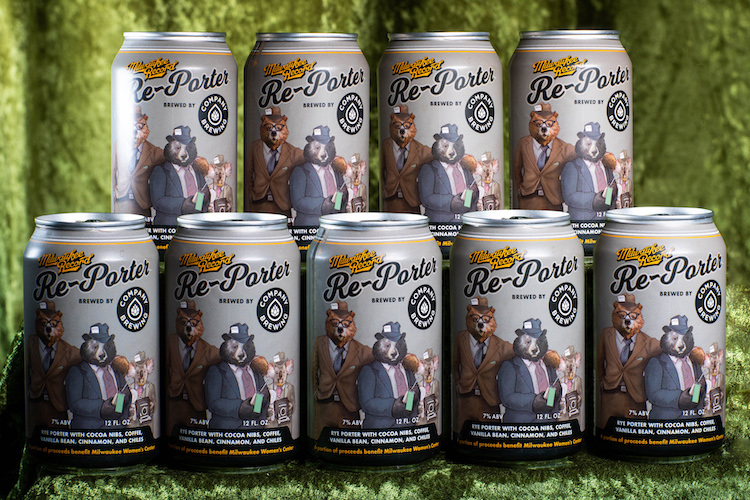