Last month, Lakefront Brewery and Avalon Theater joined forces to show Tommy Boy on the eve of Chris Farley’s birthday for an event they called “Farley + Barley.” After the success of that sold out screening, the brewery and Bay View theater will follow it up with another ’90s favorite with Saturday Night Live ties next month. Wednesday, April 18 will be “Mill-E-Wah-Que Fest” at Avalon when Lakefront hosts a screening of Wayne’s World.

The classic 1992 comedy stars Mike Meyers and Dana Carvey as two underachieving basic cable talk show hosts who bite off more than they can chew. Of course, you know that. Wayne’s World is one of the highest grossing and most culturally transcendent comedies of all time, and (for better or worse) it inspired a treasure trove of quotes that are still in regular circulation today. As the event’s name indicates, Milwaukee also plays a prominent part in the picture.

Tickets to the 7 p.m. screening are on sale now. They cost $5. You definitely want to miss this rare opportunity to watch Wayne’s World on the big screen. NOT! 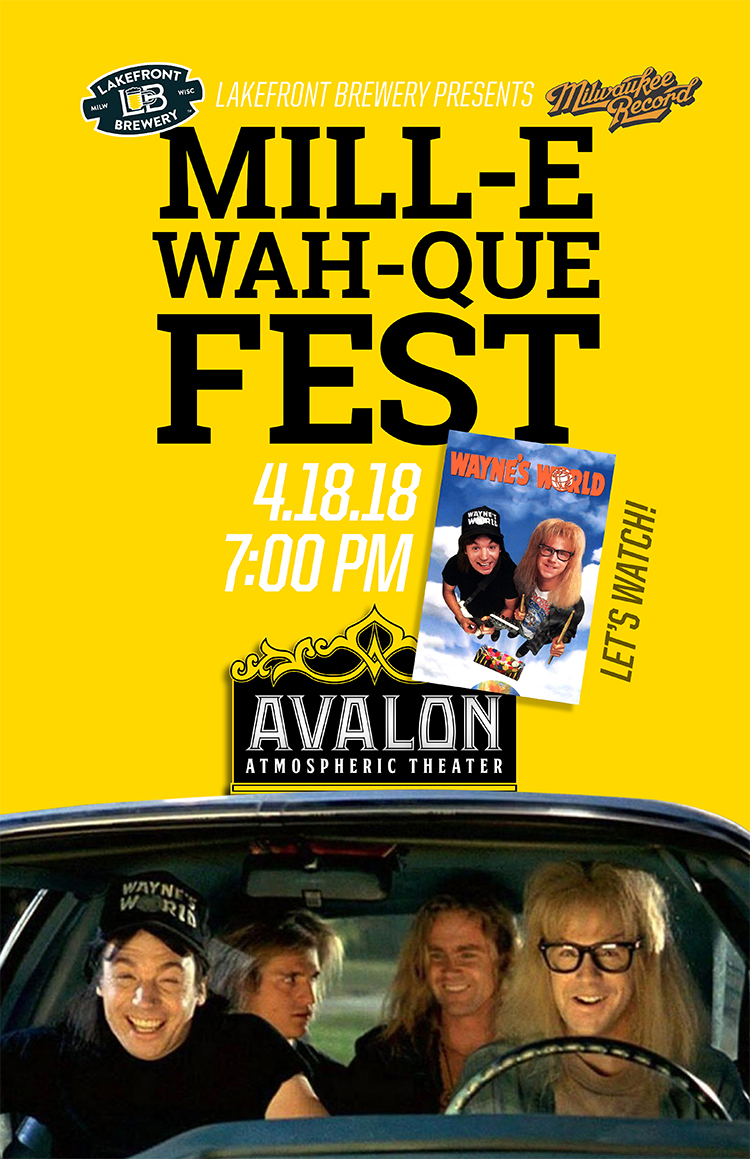