Last June, a block of Lenox Street (just off Kinnickinnic Ave.) in Bay View was blocked off to host the inaugural Bumstead Block Party. Collections Of Colonies Of Bees, Klassik, Mark Waldoch, Surgeons In Heat, and Eagle Trace played. New Belgium pour beer outside and Bumstead served up food. It was pretty awesome, especially for a first-year block party.

From noon to 8 p.m. on Saturday, June 2, Lenox Street will be blocked off again for a celebration of music, art, food, and beer. Crafty Cow, Hot Head, Vanguard, and Batches will be selling food outside. Like last year, New Belgium will handle the beer. There will be live painting, glass blowers, live demos from Milwaukee Blacksmith, and shirts screening printed on site. Of course, it wouldn’t be a block party without live music. An eclectic array of Milwaukee, Chicago, and Madison performers will take the stage from 1 p.m. to 8 p.m. Here who’s playing:

A teenage jazz combo called The Underagers will and DJ Saebra trade off playing and spinning records between sets. There will also be a pair of Eaux Claires tickets raffled off, with all proceeds raised going to Wisconsin Humane Society. After the outdoor fun is through, Klassik will play a post-Fat Fest show inside Hot Head at 8:30 p.m.

The Bumstead Block Party is no more, but it seems like Fat Fest has the makings of a bigger and better early June extravaganza on a Bay View side street. We’ll see you there! 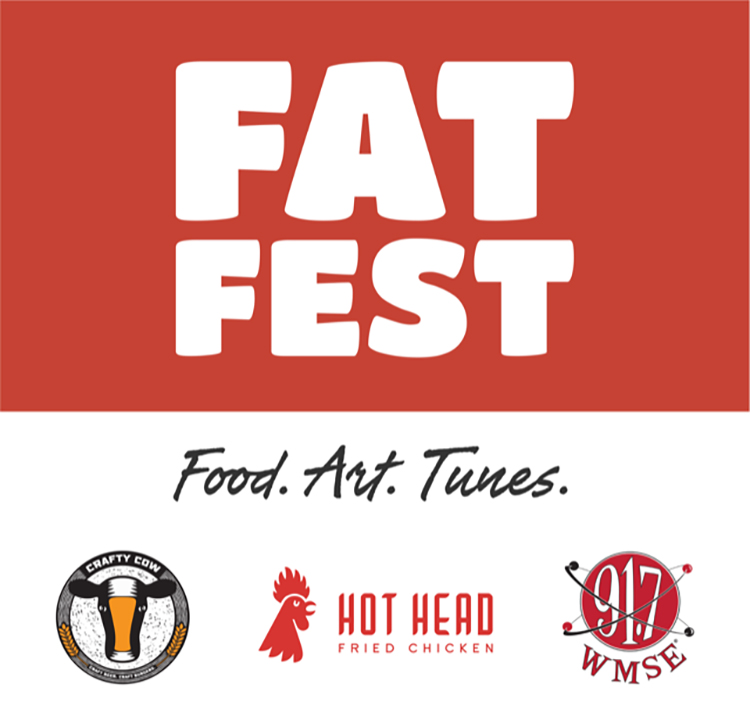