Last fall, Milwaukee Record brought live music to the new Crafty Cow Tosa (6519 W. North Ave., Wauwatosa). The weekly concert series—which we called “Midweek Music”—featured a total of nine FREE Wednesday night performances from an eclectic array of local artists. Everyone involved seemed pretty pleased with it, so we decided to bring it back this spring.

Join us at Crafty Cow Tosa every Wednesday in April and May for a total of eight more Midweek Music performances. Once again, there will be NO COVER for these all-ages shows, which will run from 7 p.m. to 8:30 p.m. The series will begin with Klassik on April 6 and wrap up with Chicago-based musician Paige Hargrove on May 25.

If a free weeknight show isn’t already great enough on its own, Crafty Cow Tosa will offer $2 Indeed Brewing Company pints. They’ll also have a “Cheap Date” special, which includes two entrees, an appetizer, and two drinks for just $39. Say hello to spring and spend your Wednesdays with us at Crafty Cow Tosa. Here’s the full lineup: 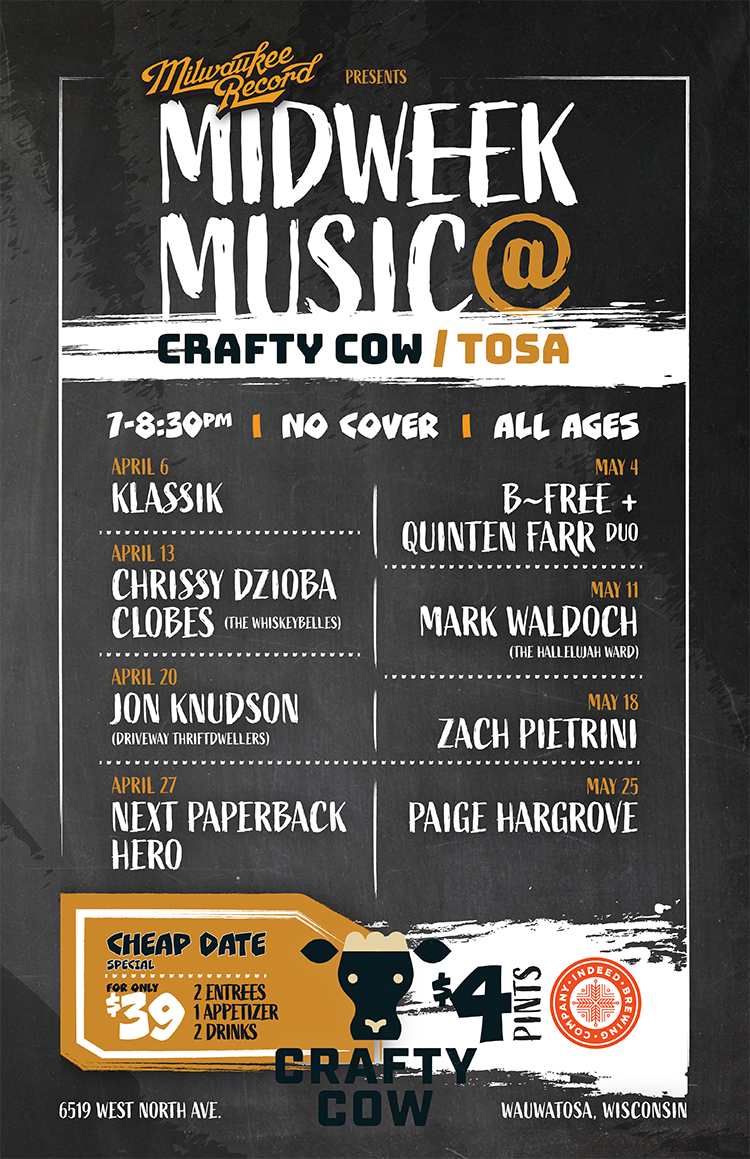