Our fat-free, dolphin-safe Milwaukee events calendar is chock-full of things to do, but only a handful of events are worthy of the lofty honor of “Record Recommended” (patent pending). Here are our recommendations for January 2-8, 2023.

Timelines Screening: Fundraiser for Carl Bogner @ Cactus Club
Beloved UWM film lecturer and Milwaukee queer arts icon Carl Bogner was diagnosed with advanced brain cancer last June. Since then, a GoFundMe has raised more than $120,000 to help Bogner with his treatments. Tonight’s event at Cactus Club will feature submitted films that fall under a “timelines” theme, and will also serve as a 100% fundraiser for Bogner. Donate what you can at the door.

Threads Book Event With Author Bob Mielke And DieDieBooks Co-founder Nick Toti @ Lion’s Tooth
Heads up, horror and cult movie fans. Lion’s Tooth is hosting an event centered around the debut title from DieDieBooks, which investigates the 1984 nuclear panic BBC film Threads. Author (and Milwaukee native) Bob Mielke will be on hand to discuss his Threads book, and DieDieBooks co-founder Nick Toti will discuss the series as a whole. Says author Mikita Brottman: “You cannot win a nuclear war, but as Mielke explains in this genial and engaging guide, you can definitely enjoy watching one. Although Threads paints a grim portrait of post-nuclear-war Sheffield, Mielke’s lively, lucid and cheerful book makes the doom a little less relentless.”

Johnny Beehner (album recording) @ The Laughing Tap
Since starting out in Milwaukee roughly 20 years ago, comedian Johnny Beehner has accomplished quite a lot. The now-Los Angeles-based comic performed on the Late Show With David Letterman shortly before the host retired, and he’s become a frequent feature act for renowned humorists like Brian Regan and Jim Gaffigan. Beehner will return to his hometown for a pair of shows at The Laughing Tap. The two performances will also be recorded to be released as Beehner’s upcoming comedy album. 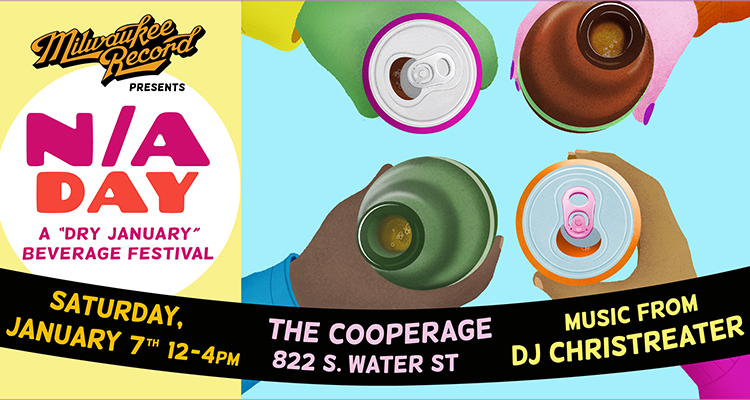 Milwaukee Record Halftime Show: The Mighty Deerlick @ Cactus Club
One more game! Yes, the Packers are (incredibly) still in this thing, and we’re still doing our weekly Halftime Show at Cactus Club. Miller High Life, Miller Lite, and Rehorst Vodka Bloody Marys will be on special. Meanwhile, Awkward Nerd Events may pop by for giveaways to their upcoming events and other fun complements to the in-game/on-stage action. There will also be touchdown shots (both regular and N/A)! This week’s regular-season-finale performance (we’ll be back if the Packers make the playoffs) comes courtesy of The Mighty Deerlick.