Last month, we debuted a new song by the incomparable Abby Jeanne and announced the hardworking talent’s intentions to host a “Cosmic Weekend” at The Cooperage in October. Part of the lineup for the two-night, two-show extravaganza was announced at that time, with a few surprises promised.

Today, those unknown acts were revealed and, oh boy, it’s going to be great. The Saturday, October 20 show will be headlined by Bully, with support from The Shivas, Lucille Furs, and more. The following day, Abby will be joined by Lydia Lunch, Fiona Silver, and an outstanding cast of local support. Adding to the 12 projects playing, Abby Jeanne’s Cosmic Weekend will also include art installations, a marketplace, and an art gallery.

Advance tickets are on sale now. Single day tickets are $20. Weekend passes are $35. Check out the full lineup below. 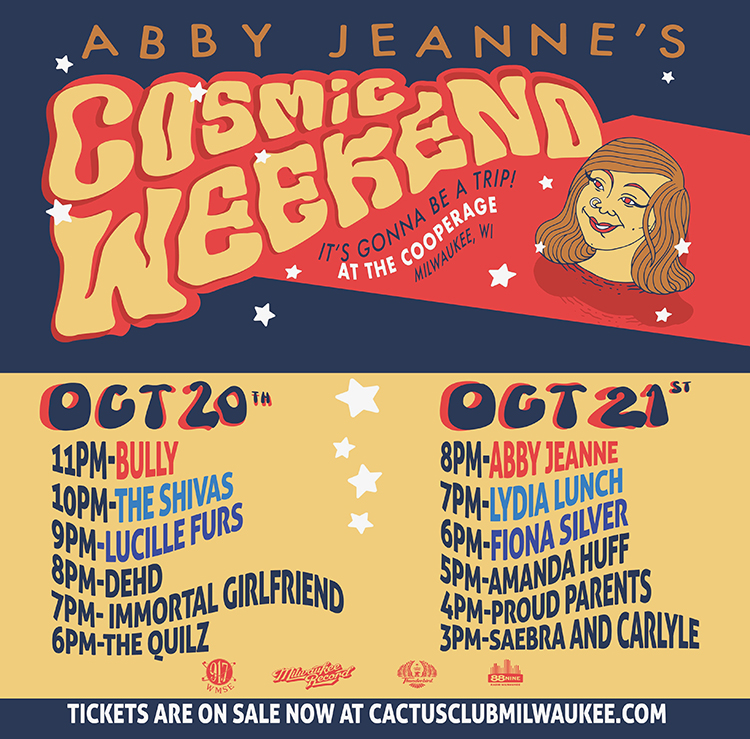