After years of success in its flagship location in Wauwatosa, Rocket Baby Bakery became a full-fledged local franchise in early 2014 when the area cafe and bakery opened a second location in May of that year. After more than three years on Kinnickinnic Avenue (on the ground floor of the Dwell apartment complex), Rocket Baby Bakery has decided to cut its number of locations in half. Sunday was the final day its “Bay View Satellite” was in business.

Rocket Baby Bakery owners Goeff and Shannon Trenholme announced the closure on the bakery’s Facebook page and with notes taped to the Bay View site’s windows. The notice reads:

Thank you for all your support over the past three years. We are sad to say that our last day of operation here at the Bay View Satellite is Sunday 11/26/2017.

We hope that you will chose to visit us at our home location at 6822 W. North Ave. in Wauwatosa.”

As the announcement indicates, Rocket Baby’s original location is still alive and well in Wauwatosa. Fortunately, you can still wake up with Rocket Baby. It just might be more difficult for people living in or around Bay View. [h/t Kevin] 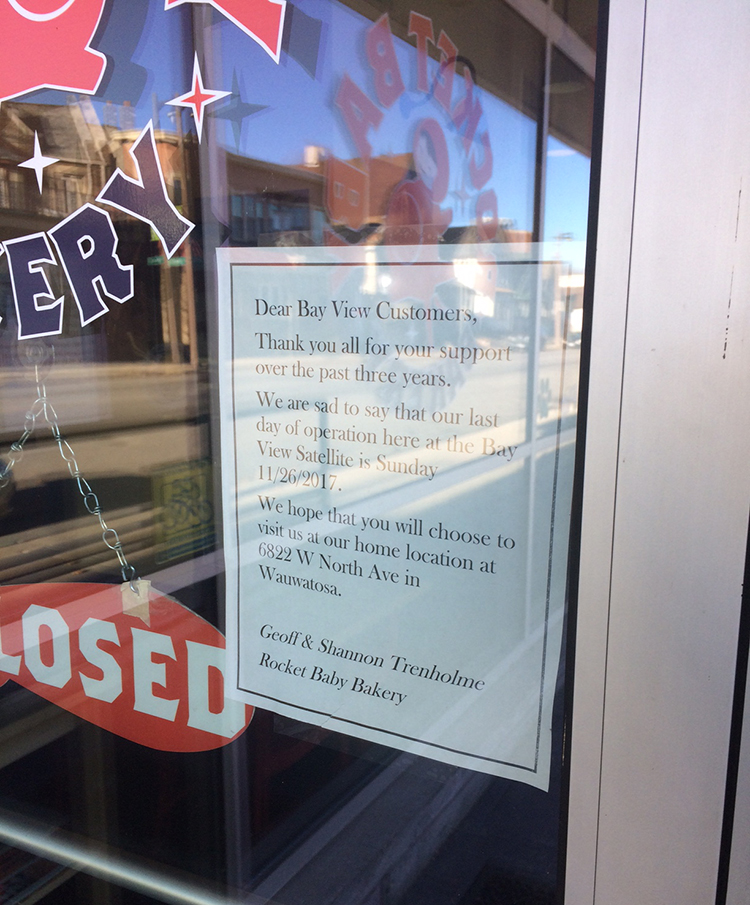