Who among us hasn’t dreamed of sliding down Bernie’s Slide at American Family Field? Los Angeles Dodgers on-field reporter David Vassegh sure has. With the Dodgers in town for a four-game series against the Milwaukee Brewers this week, Vassegh tweeted his dream on Tuesday:

And on Wednesday his dream came true. He slid down Bernie’s Slide! And he broke his wrist and fractured some ribs while doing it! WATCH!

99% of movies don’t have a better ending than this 😂 pic.twitter.com/YXaMhPPfVc 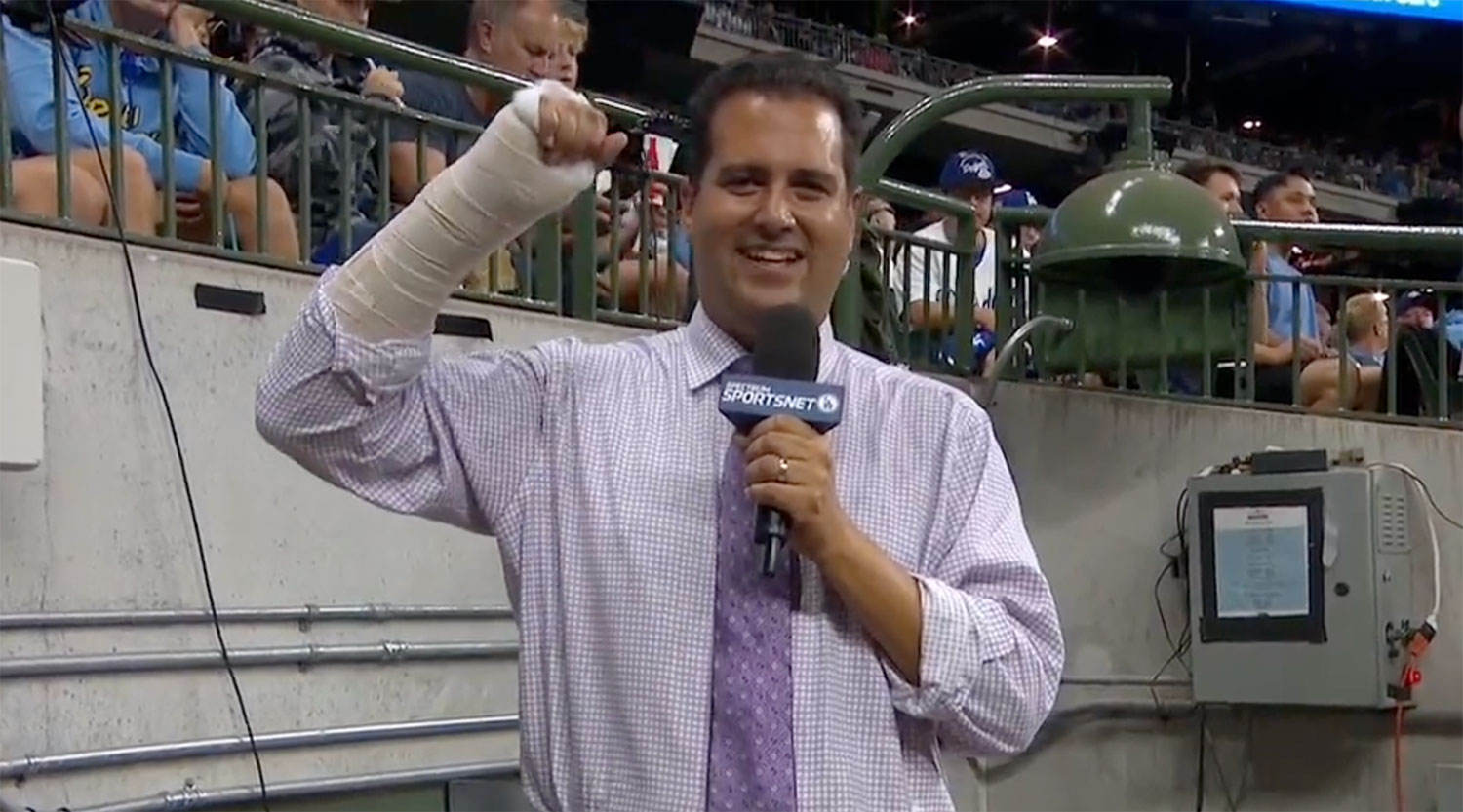 Following Wednesday’s game, Dodgers catcher Austin Barnes revealed that the team had dedicated their win over the Brewers (boo!) to Vassegh (yay!):

And yes, you too can slide down Bernie’s Slide—hopefully sans broken bones. The “Bernie’s Slide Experience” is available before select home games, and costs either $150 (weekday games) or $175 (weekend games) per person. Just brace yourself for that landing.

• Mandatory Milwaukee: Enjoying Brewers baseball on TV, on the radio, or in person